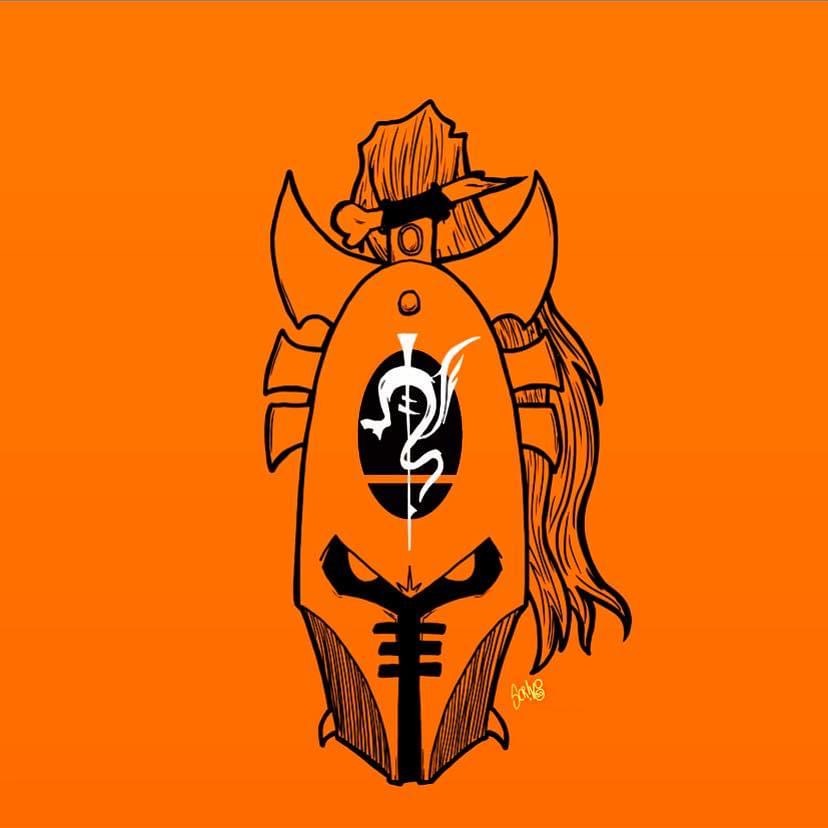 I began the hobby as a kid with Lizardmen and really threw myself into Warhammer and its extensive world and lore, focusing only on Fantasy. Less than a year later, Warhammer 40,000 3rd edition came out and with it a brand new race, the Dark Eldar! I adored the look of the army with their cool jetbikes and interesting characters with the Wyches being my favourite; I really loved the space gladiator style with Lelith Hesperax, my favourite special character. I bounced around lots of armies, eventually taking a break as many others have done in their late teens and returned to the hobby in 2009, having liquidated most of my collection to pay university rent.

Rumours abounded that the Dark Eldar were going to return and I knew then that I would return to Commorragh. A list of all of the units in the codex leaked and I saw the name Duke Sliscus The Serpent and I knew then and there that no matter how bad or cool his model and rules were, he would lead my army and my force would be based around his. Luckily for me, his background and rules were awesome and the Sky Serpents were born!

It took me almost 4 years to settle on a colour scheme, having gone through numerous iterations and shamefully going to many an event 3 coloured. It was Phil Kelly’s own Sky Serpents which served as inspiration; he had created the Duke and penned the Codex so his black and orange scheme was the closest there was to canon. Since then I have only collected Drukhari albeit flirting at times with some Aeldari allies.

My favourite model in the range is likely the Voidraven Bomber which is also my favourite from my own collection. I love the sleek design, the tortured wraithbone of the Void Mine, the pilot, everything about it! It’s also really fun to use in the game and helps create a great centrepiece for your army.

The Drukhari range itself is phenomenal with very little not in plastic – you’re mainly looking at the Beastmasters and their pets and the Court of the Archon. With so many multipart kits it means that converting and adding variety to your force is really easy. I like to mix all of the kits; using Scourge legs to make characters appear taller and more poignant on the battlefield is a favourite of mine, while the Hellions shoulder pads and Scourges pouches and vials are an easy way of making any non-Drukhari units look like they are fresh out of Commorragh.

I tend to approach the hobby as a smorgasbord and dip as much or as little into all facets of the game. Collecting, reading, painting and modelling are all just as important to me but I of course love playing too. I play competitively in Matched Play and attend lots of events a year, usually the Warhammer World heats and final as well as a trip to Gibraltar for No Retreat. For me the best thing about going to tournaments and events is meeting and playing lots of new people and seeing some phenomenal armies. I have had a good edition, winning a handful of events, placing highly in others and being recognised with some painting awards but the experience itself of playing great games against great people and friends has been the most important for me.

By focussing purely on Drukhari I can essentially field any list which makes it a lot easier to react to the meta. Of my collection, only around a third of it is fully painted with the rest likely split into other thirds of built and new on sprue. This means I always have something new on the go, I also love conversions and kitbashing! If there is an Aeldari or Aelf released then it is likely I have had a look at the idea of using them in my army.

I’ve recently banded together with some other UK based Archons to start a new Drukhari podcast: Realspace Raiders which has been a ton of fun so far and we have been really lucky to have received a great reception.

It is an extremely exciting time with a new edition of Warhammer 40,000 now on the horizon! At the time of writing it is far too early to know what is changing and what will be good but everything I have heard so far has got me so hyped!

When a new edition comes along I tend to bury the previous one, I won’t play any more games of it so as not to get confused by any new rules changes. It is also a time of limbo but also a great time without pressure of events, using the difficulty of the current situation means you can focus on pure hobbying projects.

I’m currently working on a whole slew of projects, converting a new Haemonculus and Succubus and accompanying circle of Wyches, creating a squad of Mandrakes from the WARCRY and Unmade, finally painting my new Incubi and also a heavily converted Tantalus!

I am also eagerly awaiting the Warcry Khainite Shadowstalkers and the AoS Lumineth Realm Lords for even more conversion fodder; I always find my ideas never stop!