Kings of War: From the Old World to the New

Welcome back to our coverage of Kings of War. In our last series of articles, we introduced all the factions including the Good, the Neutral and the Evil.

There is no doubt that Warhammer Fantasy Battles was the original fantasy rank ‘n’ flank wargame, and there are plenty of good reasons to keep playing the old editions. But there is something special about being able to use those amazing models in a game that’s kept up-to-date, balanced, and most importantly of all, is streamlined to enable multiple games in a day.

Thankfully, Kings of War is similar to Warhammer Fantasy in many ways, so taking your collection into the realm of Pannithor is relatively painless.

To multibase or not

As can probably be surmised, the key part of Kings of War is the unit size and dimensions. Putting individual models onto unit trays helps move them around, and would be nothing new to a Warhammer Fantasy player. This really speeds up gameplay, and Warhammer Fantasy models are made for ranking up on movement trays (except for Savage Orcs… those were always a nightmare).

What might be different is the idea of multibasing, something introduced in our first article, multibasing is like a permanent movement tray. Models are affixed (either via super glue, pinning or magnets) to a base that represents the whole unit. This enables some artistic license in model placement, and when combined with interesting scenic basing techniques can result in each multibase being a diorama. The obvious downside is that this is relatively permanent, hence not an enticing option for those hoping to play multiple game systems with the same collection.

Finding your army in Kings of War

As mentioned above, there are many similarities between Warhammer Fantasy and Kings of War, and finding a match for your armies of the Old World in the Pannithor can be relatively straightforward. Yet for those cases where it is not so easy to deduce, we have produced a handy table.

For those that have been reading our faction introductions, there will be some missing Kings of War factions from the list above. The Nightstalkers, Trident Realm of Neritica, and the Northern Alliance are the more unique factions in Kings of War. These might have some units that can be represented by units in the Warhammer Fantasy range, but overall there is little overlap.

Unlike Warhammer Fantasy, models in Age of Sigmar are much more dynamic, as sculpts are not restrained by the need to rank up. This often requires some more precise model placement when basing models. Yet, given the looser rules on how many models are needed per unit, this can be a benefit as your bases will still look full, and you may have a few extra models left over!

Due to Age of Sigmar’s use of round bases, the usual lipped movement trays don’t work as well. Fortunately, if you’re looking for an easy solution, there are already many companies that already sell round-base-to-square-base converters, just make sure you get the right sizes. If you’re looking for a more complicated solution, magnetising or pinning models to match both sets of bases is possible, though time consuming.

Translating Age of Sigmar Armies to Kings of War

Age of Sigmar has moved away from a lot of the classic fantasy armies, with a lot of original takes on Elves, Dwarfs and Orcs, but also completely new armies, too. Hence translating an Age of Sigmar force is not necessarily Army A = Army B. Most often, the translation is done on a unit-by-unit basis. Unsurprisingly, the armies from the Old World (or their successors) still have their straightforward counterparts in Kings of War, but here are a few examples, for some of the new ones:

Games Workshop’s oft forgotten 3rd main game is home to some really awesome sculpts. There’s a lot of good options for making a Kings of War army. Again, the models come with round bases, so if you want to use them in both systems, you’ll want to get some round base to square converters.

From Middle Earth to Pannithor

Most of the armies lend themselves to some pretty clear parallels, especially in the Good factions: Minas Tirith, Rohan and the Fiefdoms are great for human factions (Kingdoms of Men, Basileans, the Brotherhood), the Dwarves are just Dwarfs, and Elves are, well, Elves.

For the Evil factions, you’ve got a lot to play around with. Lots of different types of Orcs and Goblins to match their counterparts, and lots of styles of men, to fit whatever flavour of human warrior you want, too. The Morgul Knights and Castellans of Dol Guldur would make excellent Soul Reaver Cavalry and Infantry (Vampire Warriors), and the big monsters would make great looking versions of their Kings of War counterparts.

Given the almost limitless flexibility of model choice in Kings of War, we thought we would run through looking at some other miniature companies’ models and suggest some ideas for armies they could be used in.

The Halfling Shield Maiden Army for TTCombat (https://ttcombat.com/collections/fantasy-heroes/products/halfling-shield-maiden-army) has the potential to be used as a few armies. Most obvious is the League of Rhordia, the current home of the halflings in Pannithor, but this could easily be a Kingdoms of Men, or Dwarfs, too.

Looking at the Dwarf army llist in the free rulebook we can already identify these easy comparisons:

For the more medeaval-inclined wargamers, Perry Miniatures has you covered and with value to boot. Their War of the Roses army box, for instance, contains a whopping 480 infantry, 36 cavalry, 3 packs of artillery and commanders. This would build a solid backbone of a Kingdoms of Men army. At a minimum there’s 2 large blocks of knights, 3 war engines, a few heros, and more than enough infantry in basically any conformation you want; bows, crossbows, spears, pike – there’s even a few handgunners in there, for those that like to see things go boom. Just make sure you are fully committed to the army because such a purchase will weigh down your backlog like an elephant on a seesaw.

For those of more classical tastes, Warlord Games has a ton of different miniatures and model lines across a huge chunk of history. From the bronze age to the medieval period, there will probably be something here that grabs your attention.

Take the Romans for example; the Imperial Roman Starter Army boxed set could be slipped into another Kingdoms of Men army, but that’s a no-brainer. Instead, what about Basileans? This starter army comes with 60 Imperial Roman Legionaries, 20 Praetorian Guard, 20 Veterans and 24 Auxiliaries. This could be 3 regiments of Men-at-Arms Swordsmen, 1 regiment of Men-at-Arms Spearmen, 1 regiment of Paladin Foot Guard, and 1 regiment of Sisterhood Infantry or Sisterhood Scouts, depending how you equip your auxiliaries.

This Roman-inspired Basilean army now lets you include some more Roman-themed mythological creatures for your army. Instead of Sisterhood Scouts, maybe you want satyrs. Maybe you want Cyclopes as your Ogre Palace Guard, or gods and heroes as Elohi. The Basileans as an army list really enables you to delve into a more mythological historical army. 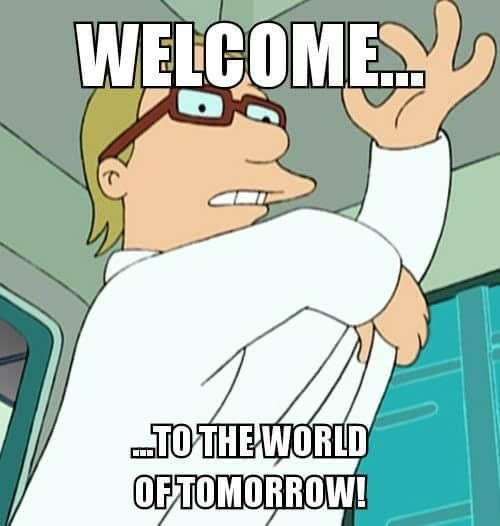 The improvements in 3D printing technology over the last 5 years have seen a wealth of online vendors appear offering their sculpts as STL files you can print yourself. What money might be saved on the models themselves is usually spent on the actual 3D printer, hence there are also vendors that will print and ship these 3D sculpts for a fee.

Mantic has no qualms with 3D printed miniatures being used in Kings of War. This means that if there’s a monster, hero or even an army from one of the many amazing 3D sculptors, you can include it without worry of it being an issue at events. The main thing to watch out for is the size of the minis! Nothing more disappointing than getting a fun-sized dragon when you wanted a massive beast.

For those interested in what kind of miniatures are out there, here are a couple of great places to start looking:

And of course there’s a massive bunch of artists on Kickstarter and Patreon as well.

We are not going to pretend we are qualified to talk about getting a 3D printer set up and running, luckily for you, the Goonhammer team already has some articles ready to go. Check the first out here: https://www.goonhammer.com/3d-printing-tech-heresy-and-you-owning-your-own-stc/

Kings of War is a very inclusive game system that has a home for nearly every fantasy miniature collection out there. Given the base dimensions are correct for each unit, the miniatures on that base can be whatever you want them to be. The imagination is literally the limit, just so long as your opponent isn’t confused. If there’s any major miniature line that’s worth a mention, let us know!

Although we heavily advocate the merits of Kings of War, we understand there are those that want to be able to play multiple systems with their miniatures, and why not? If you’re tentative about trying out, do what we suggested in our first article and stick your miniatures on cardboard cut-outs of the unit bases. If you like the game, then you can get a bit more elaborate in your multibasing as discussed.

We have really enjoyed bringing Kings of War to the Goonhammer audience, and plan to do so for the foreseeable future. Now that we have gotten the basic introductions out of the way, we will be moving to a fortnightly publishing schedule (that’s “every two weeks” for the American reader). Thanks for reading!

Have any questions or feedback? Want to see more coverage, or coverage of something specific? Drop us a note in the comments below or email us at contact@goonhammer.com.