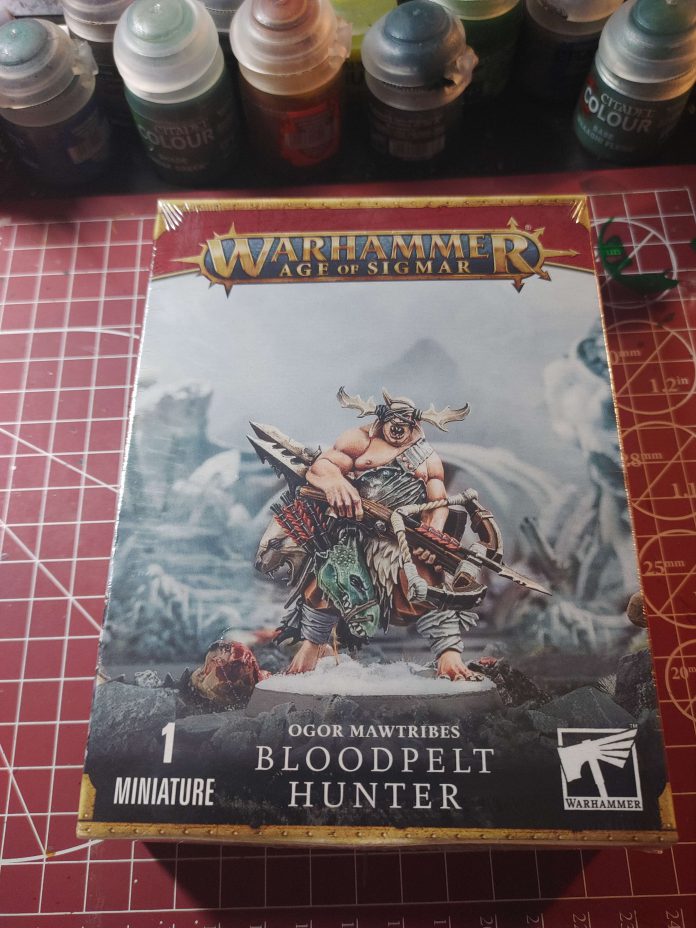 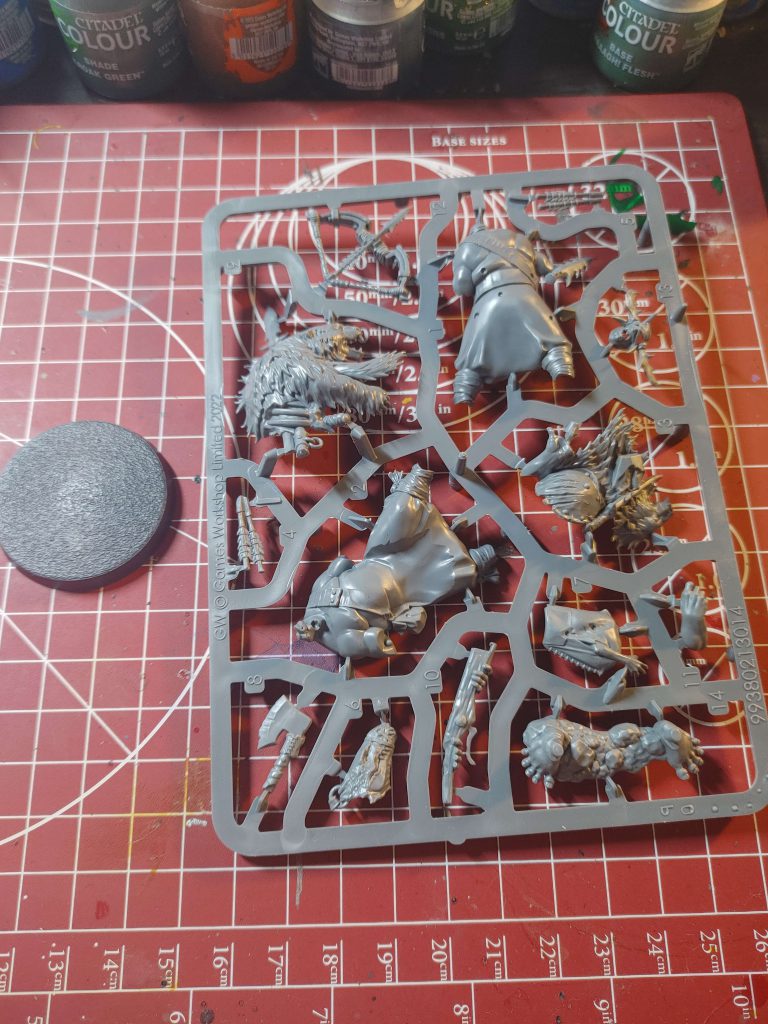 The Blood Pelt is the newest model for the Ogor Mawtribes and I was given the opportunity to paint one up.  The kit itself is easy to assemble and can be painted sub assembled with little issue. One thing to note I swapped the Antlers out for bigger ones from a spare Blightking head, I know most people are indifferent about the models head but I enjoy the horrible tied together headdress. 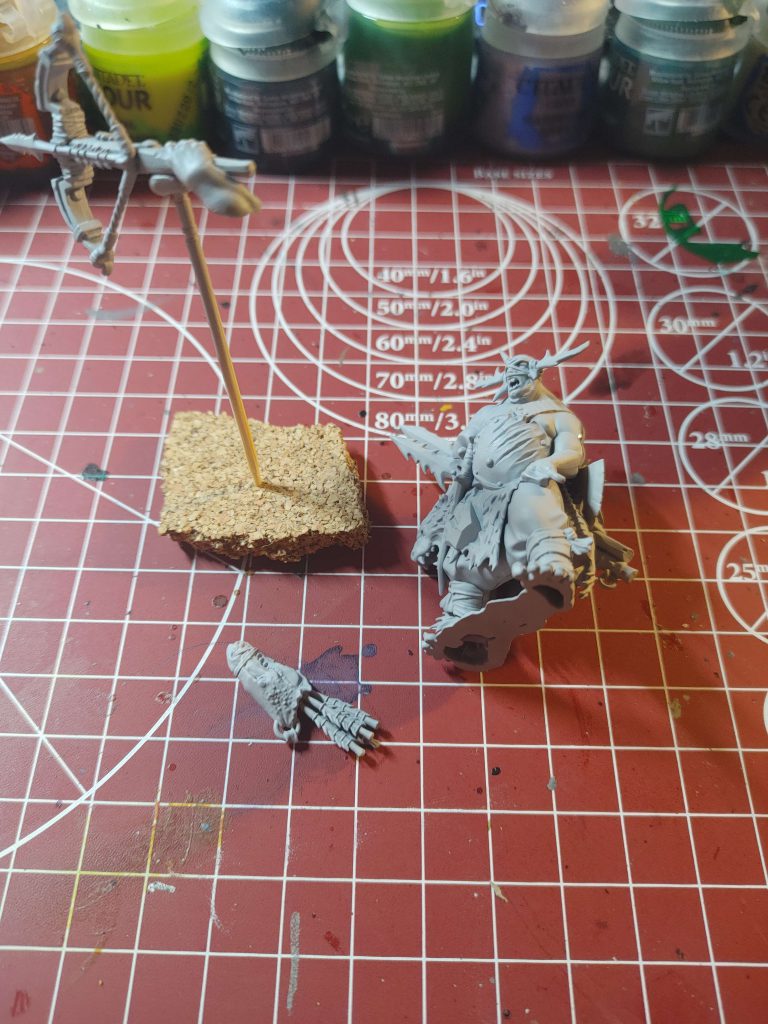 My Ogors use a variety of skin tones and for the Hunter I opted for a dark skin color.  I started with Catachan Flesh and followed by layering with Knight-Questor Flesh. Next I hit it with Reikland Fleshshade and went over the raised areas again with Knight-Questor.

For the Crossbow I used Zamesi Desert for the wood and Tuskgor Fur for the rope, followed by a wash of Agrax Earthshade. The bolt on the crossbow and the bolts in the dragon head quiver were painted Corax Black and then hit with a drybrush of Corax White,  The dragon head itself is a bit of a tribute to a friend and painted Temple Guard Blue washed with a Drakenhof Nightshade mixed with medium and edged with Blue Horror.

Lastly I painted the stones between the feet Dawnstone followed by a Agrax wash and then hit it with a quick dawnstone drybrush.  The base was covered in Stirland Battlemire that was then hit with a drybrush of VX-88, and finally covered in some Valhallan Blizzard.

Overall I had a blast painting this model and I think I might pick up another for an Ice Pelt Hunter Conversion.