Necromunday: All the Missions – A Better Way

Welcome back, Scummers, to what is exceedingly likely to be the last in our current run of Scenario-based articles! We’ve already covered the overwhelming majority of available missions in our previous two entries, which you can find at PART ONE and PART TWO. Running down all 44 two-player scenarios has been quite the undertaking, and we’ve had readers asking both “Why would you do this to us?” and “Why would you do this to yourselves?” Well, it’s all coming to a head now – we told you that story so we could tell you this one.

Why We’re Doing This

It’s been no great secret that despite our mostly irrational exuberance directed at all things Necromunda, there are a few systems in the game that we’ve found to be a bit lacking. Chief among those, and the focus of this week’s column, are each campaign’s Determine Scenario Tables.

Our issue with the current scenario tables is that each one ends up being rather limited in scope for various reasons, and the older two tables are even somewhat outdated. For instance: The Dominion Campaign came out in 2018, but the Takeover mission – which we think would be perfect to reflect the Territories that gangs are fighting over in the campaign – didn’t come out until a few months ago. We’ve been toiling away in an attempt to retool these tables in an effort to give our players access to better and more varied options for our own campaigns, and figured we might as well expand on the concepts a bit and push our thoughts out to all of our readers!

As always, in the same vein as our other system modifications (like our proposed Tactics Cards Decks), we’d like to reiterate that we are in no means the experts here. We’re just two guys who spend way too much time thinking about Necromunda and want it to be as fun as possible. If we missed something major in all this, or there’s something that you think would help improve these particular house rules, let us know! We’re already looking to incorporate some of your feedback into the next incarnation of the Tactics Deck, and we’re sure that the same’ll hold true for these proposed tables. 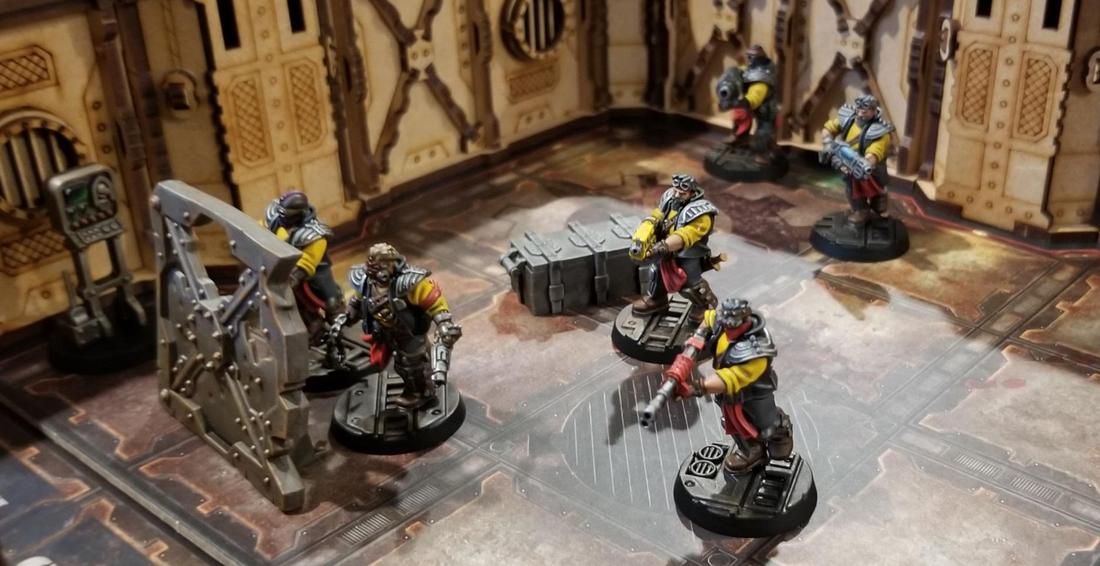 Some Notes on Our Methodology

Before we give you the tables (and if you want them, just scroll down), we’d like to explain our methods. First, we need to talk about probability. Now, we’re not PrimarisKevin, who writes amazing math articles for us here at Goonhammer, but we do have a tenuous grasp of rudimentary probability. All three campaign systems fall into the same basic ideas for their scenario tables, generated off of the sum of 2d6. Because some results on 2d6 can occur mulitple ways (there’s only one way to roll a 12, but there are six ways to get 8), the results aren’t evenly distributed, so your chances of getting each result aren’t equal. This leads to the following results:

Obviously everything’s a bit weighted but generally it seems like the Necromunda rules team’s idea is to have players playing bespoke themed missions for a campaign roughly 75% of the time, and then a quarter of the time hedge their bets with ‘play anything’. It’s not the worst system, and it makes sense given how the missions come packaged with new supplements, but even with this system the individual choices for missions were a bit underwhelming for the six (or four) missions that players are going to be stuck running for like 74% of their games in a campaign. We decided to stick with the ‘roll 2d6’ style of scenario generation, but we’ve tweaked it a bit. Here’s our template:

We’ve completely eschewed the original 2-3 result that previously allowed the player in the stronger position (be it from more Territories or Rackets or Ascendancy) the ability to pick the scenario. Necromunda is a game already plagued by lackluster catch-up mechanics for Underdogs, and we feel that giving them an additional edge even 9% of the time is another twist of the knife. Bundling those sums into the new 2-5 result allows the three sets of scenarios to be rolled at a relatively even ratio, as well.

For the dedicated scenarios themselves, we’ve gone for a grouping of three missions each, that share similar design beats and are keeping with the overall thematic goal for each of the three particular campaign systems. For example, Dominion is all about Territory and holding ground, so the offerings in the new tables reflect these motifs. 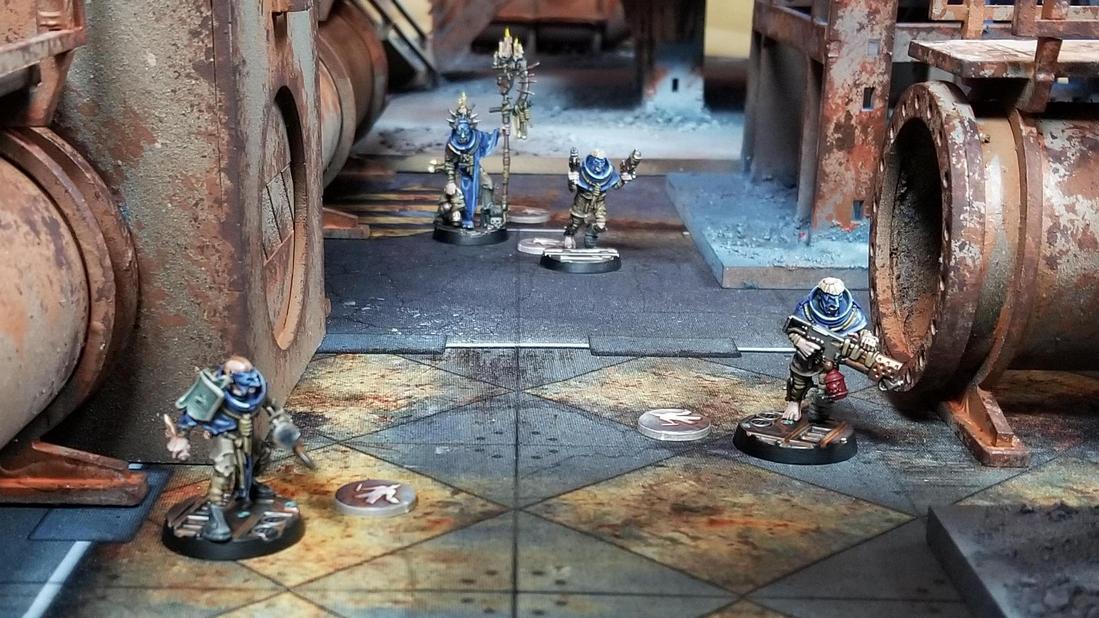 The motif in play here is KILL, with an occasional foray into MAIM and BURN. (Insta: Crab-Stuffed Mushrooms)

We’ve also made some concessions to reality with the 8-9 trio, which are now consistent across all three campaigns. Sometimes you need to have a good old-fashioned death match, non-bodycount objectives be damned. We debated whether to include Stand-Off and Tunnel Skirmish as two separate scenarios, but it felt like cheating. Most of the missions these days can be modified to and from Zone Mortalis to Sector Mechanicus battlefields without much adjustment, and these two are functionally identical aside from crew size and credit rewards. Nowadays, maybe just pick the one that makes the most sense for the size of your board, but it doesn’t matter a great deal.

Got all that? Good. Let’s get on to the tables!

The Dominion Campaign is all about wrestling territory away from your opponents, and we felt that these scenarios were the best and most thematic to fit that bill.

The That’s My Turf! section has two of our most favorite scenarios, Takeover and Border Dispute, in it. They’re both well-balanced and fun, but we think the option of Sneak Attack is perfect for any gang that wants to avoid a straight-up shootout.

The Territory section is also packed with great missions. Toll Bridge and Escape the Pit are each a blast with high upside, and Escape the Badzone is perfect for the player who went out and bought the Badzone deck in the ten minutes it was actually available for sale on the GW website. The Book of Peril is criminally underused, so including a couple of missions from it seemed like a no-brainer. 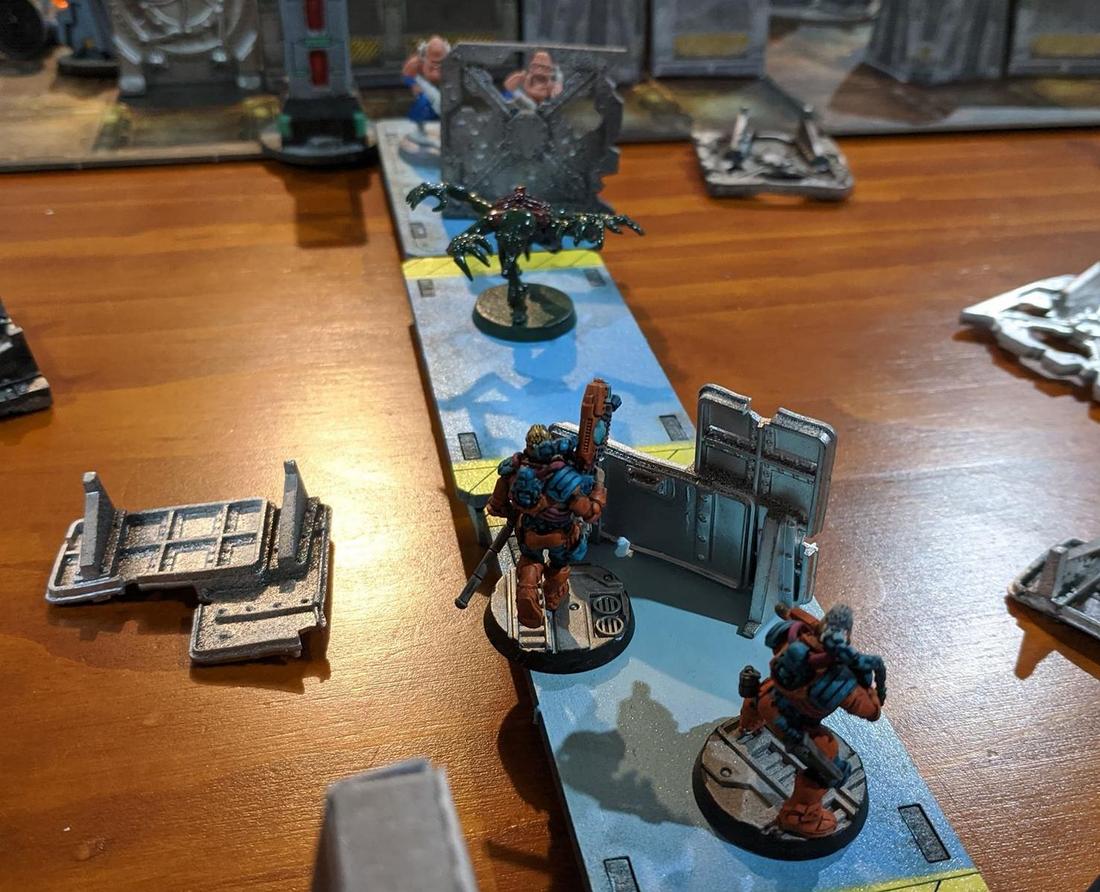 When the bridge is guarded by a particularly slender Aberrant, it might be prudent to just pay their toll. (Credit: Cassa)

The Law & Misrule campaign is, predictably, about obtaining goods at the expense of others. The themes we went with for this scenario table reflect what we think the campaign is all about: Gettin’ rich (or die tryin’)!

The first two scenario tranches are all about getting those sweet, sweet credits. Generally, the missions based around resource gathering are a ton of fun, as they reward gangs for playing the mission and not just murdering each other. There are a lot of good options here, but we think we’ve chosen the best of the bunch. 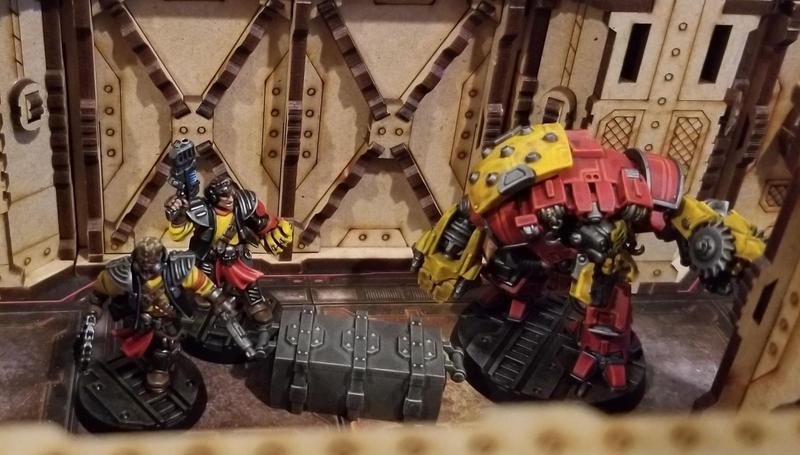 The Uprising campaign is all about death, destruction, and doom! The background in the Book of Ruin is easily some of the most grimdark content to come out of the grimdarkest corner of an already grimdark setting, and the scenarios laid out are certainly thematically consistent. The missions we’ve chosen definitely reinforce the idea of a desperate struggle for survival in a collapsing hive, and we think players that use this table will have no end of fun! 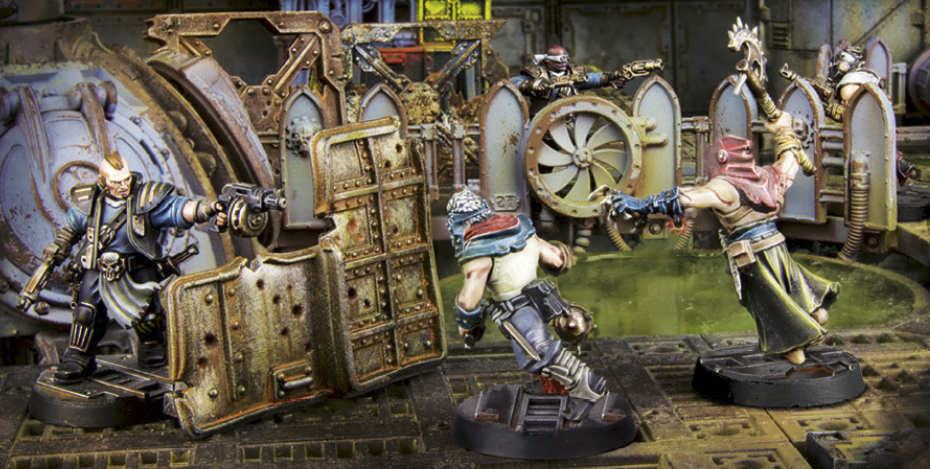 It took all of our restraint to not include The Ritual six times and call it a day. You’re welcome. (Credit: Games Workshop)


There it is gangers, our thoughts on a better way to choose scenarios in your campaigns. And while we don’t think this should be the definitive way to pick scenarios in all campaigns moving forward, but we do think it’s better than what we’ve been given so far. We’ll do our own experimenting with scenario tables, but please feel free to try them out yourselves and let us know in the comments or at contact@goonhammer.com! We’d love to hear about what you all have come up with!

Well, scummers, that puts paid to our three-part series on scenarios (so far). We’ll be back next week with another in-depth look at a gang, and this time we’re willing to get a little trashy. So get your candles, nooses, and purifying flamers ready, for next week, it’s finally Cawdor time! (Spoiler: They’re good.)

If you’ve been lurking around the various Necromunda Facebook pages recently, you might have caught some WIP shots of Dylan Gould’s incredible vertical board that he’s been working on for the past month or so.  If you’re not already following him on instagram at @40khamslam, this is your opportunity to fix that. I get to play on his terrain once a year and he is consistently a delight.

He hasn’t updated his standalone hobby blog in a quite a while, but it’s a decade’s worth of retro models from 40k, Necromunda, and Rogue Trader, and older terrain projects that are well worth an afternoon’s worth of browsing too.