Welcome back, scummers, to the second part on our progression series. If you’ve checked out Part One – Advancements (which you can refresh yourself on by clicking here), you’ll already have an idea of how to spend your Experience. Today, we’ll be delving into the Trading Post, offering suggestions on how you can squeeze the most bang out of your hive-bucks!

We’re of the mind that while weapons define an archetype, wargear refines it.  So, when it comes to buying wargear and equipment, there tends to be a bit of overlap. Some items are great for multiple archetypes thanks to similar optimal ranges and/or playstyles, and there are many items at the Trading Post (and Black Market) that are fantastic purchases regardless of class.

If you happen to be playing in a Law & Misrule Campaign that has opened up the Black Market, remember that you can visit both the Black Market as well as the Trading Post, regardless of your gang’s current alignment. Sure, you’ll have to pass a Cool or Intelligence check and your rarity roll will be at -2, but don’t let a pesky restriction like that keep you away from the gear of your dreams!

Last week we broke our fighters into a series of classes that best outlined the roles we found our gangers and champions growing into over the course of our campaigns. To reiterate… 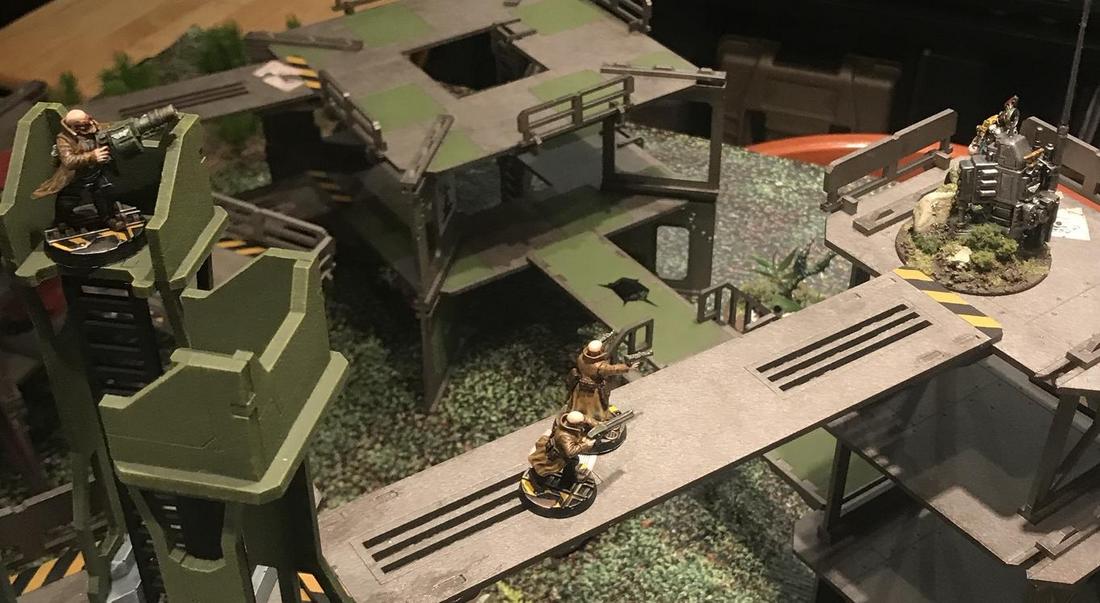 Maybe not for everybody, but devastatingly effective in the right hands. 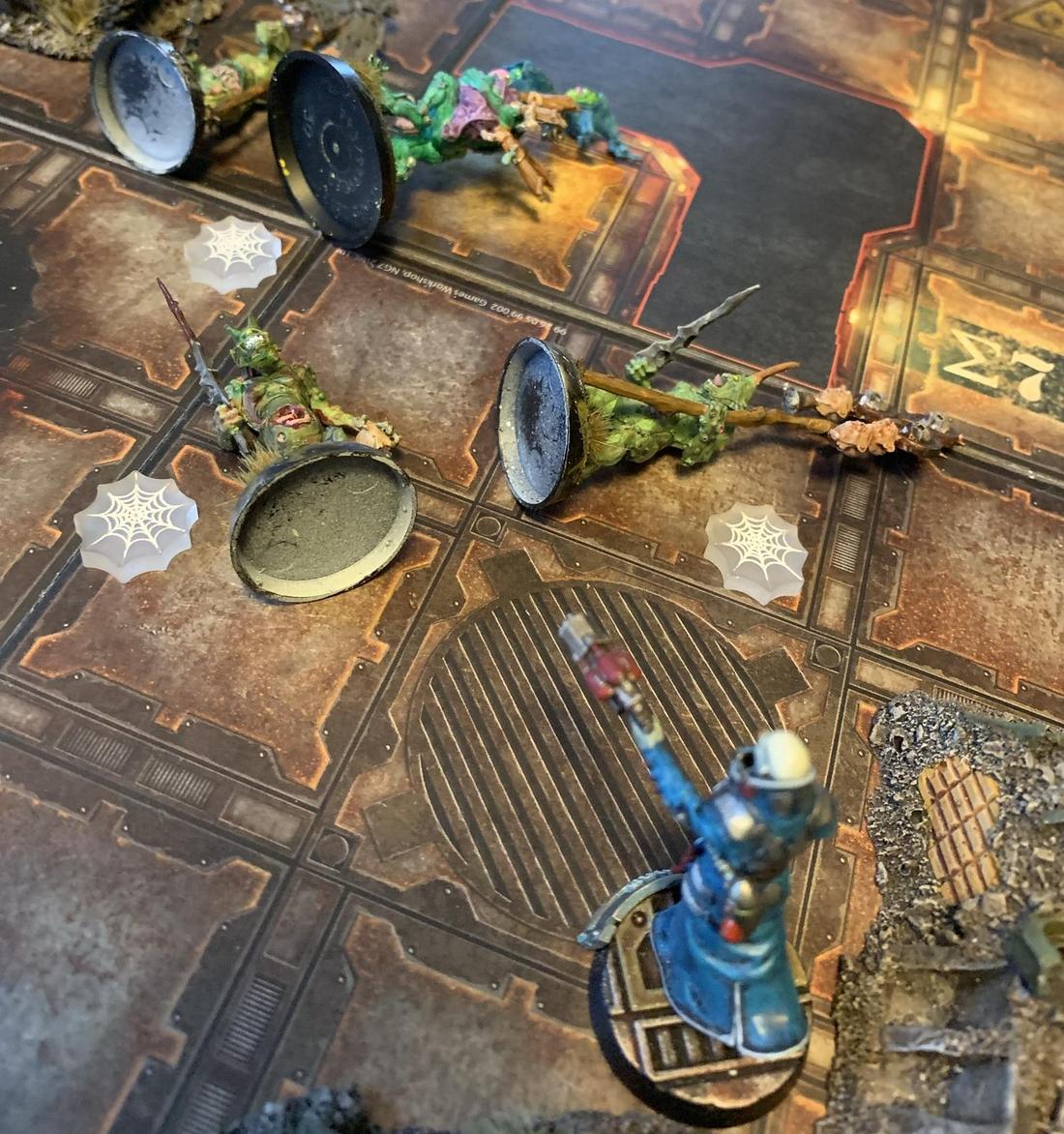 If you’ve got the credits, here’s the loot. This is the good stuff, right here. 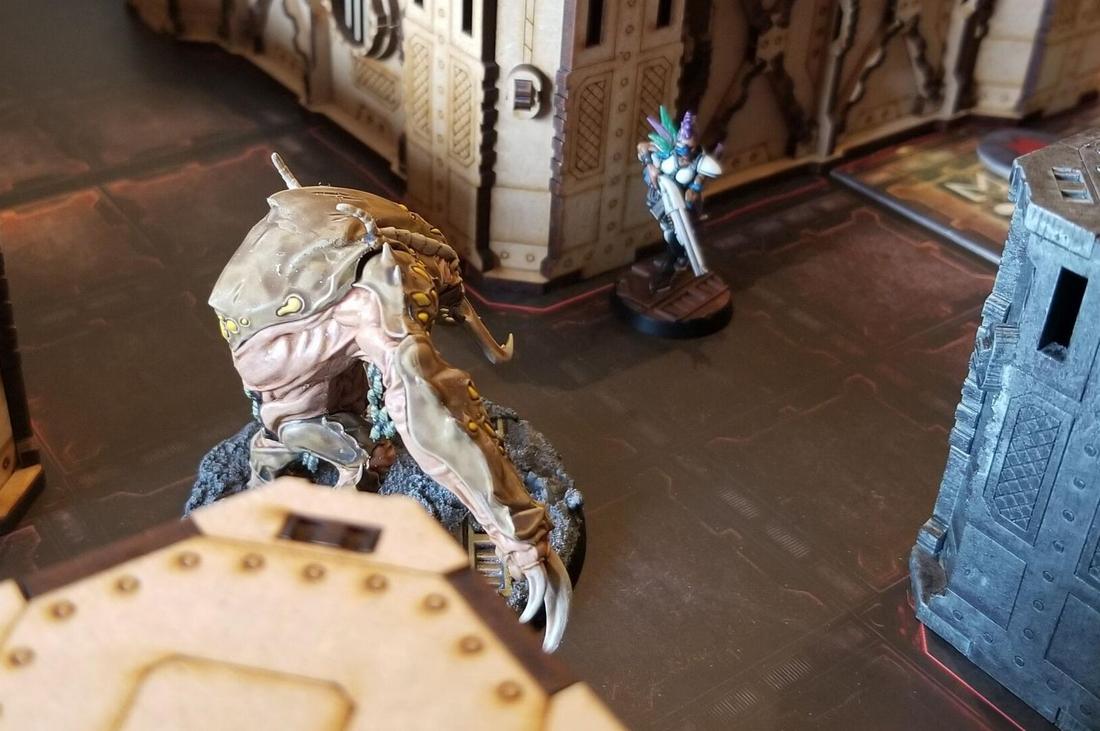 Though we’d need a third Intoxication Table to explain why she thought that this was a good idea.

The Trading Post is a confusing and daunting bazaar, sprawling statlines and prices across multiple sections of multiple books. It is also the true heart of the Necromunda experience, a wonky emporium allowing players to customize their gang to levels unfathomable by any other game in the GW library. It’s weird, and it’s not always particularly balanced, and we love it.

That’s all for this week, friends! Check back next week for part three of our initial progression series where we’ll be covering pets, brutes, and hangers-on, as we dive into the final campaign marker; Reputation.

The Trading Post is a big place, so we’re sure we missed even more than usual this time around! Let us know in the comments or hit us up at contact@goonhammer.com. We’d love to know what you’ve found to be effective in your campaigns! Is there going to be any info on Dark Uprising and the Corpse Grinders at SPIEL this week? We don’t know! We’re excited!