Welcome back, Scummers, to the third and probably not all that final installment of our series on Campaign Progression! This time we are going to talk about Reputation, Brutes, and Hangers-On.

Why Bother With Reputation?

Ultimately, Reputation is a measure of success in a campaign, standing alongside “Most Kills” and “Most Territories/Rackets” as one of the methods of figuring out whose gang will reign supreme after all the dust has settled on the final series of fights in a cycle. That said, it is also a dynamic measure that’ll have a direct effect on the way you manage your gang between games, so you’ll want to grow your Reputation as much as possible!

So what’s Reputation good for? High reputation is necessary for the greater alignment boons in a Law and Misrule Campaign. You’ll want to gain and keep high levels of Rep, because the boons at high levels are serious. The other in-campaign effect of Reputation is determining how many Hangers-On and Brutes your gang can hire. Hangers-On have varying levels of use and value, but almost all of the Brutes will immediately make your gang the gang to beat.

There are two main ways to generate Reputation in a campaign: As a result of what happens during or after a mission, or as a reward for holding a Territory or Racket in a Dominion or Law and Misrule campaign, respectively. Generally, the way to high rep is through winning games and seizing assets, which makes sense.

Unlike Hangers-On, which we cover later in this article, Brutes are hired specifically for fighting. You’ll make a fighter card for them, and can include them in a battle just like a member of your gang’s original roster. Brutes all generally follow the same template: they are big, they are mean, and they are pros at causing havoc. If you want muscle, this is where you look. Additionally, Brutes advance as if they were a Specialist Ganger, which should make them even more attractive as you can pick and choose how they grow in a campaign.

A note on House Brutes: We are not going to cover House Brutes in this article. They get covered in our Houses of the Underhive series. Instead, we will be focusing on the Brutes that are available for any gang. The House Brutes are all good, though, so if you have a model for them, pick one up. You won’t regret it. 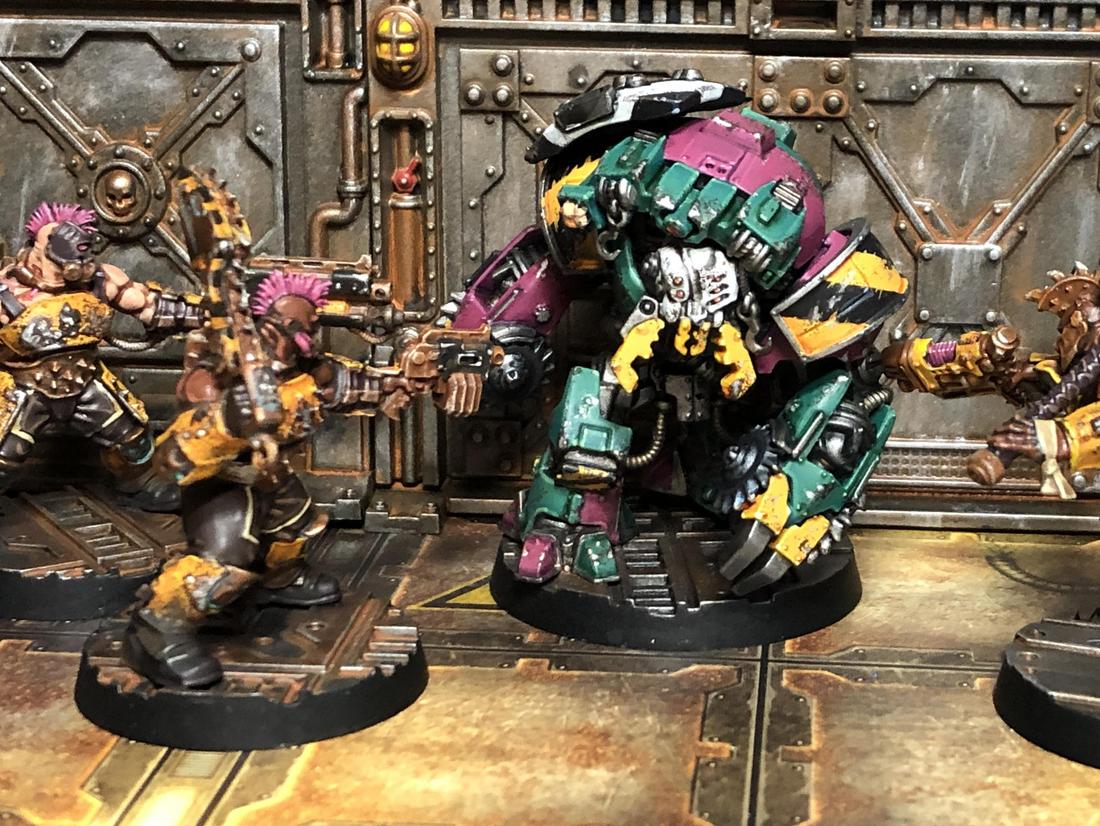 Reader, Ambots are incredible. Toughness 5, 3 Wounds, comes with Light Carapace armor. It has some big, beefy close combat weapons, and can even amp up its Attacks characteristic. Then you learn it has Infiltrate and you realize that this is one of the best ways for you to spend credits in Necromunda. An Ambot works extremely well as a Brawler or Assassin archetype, and if you take the Grav-Fist upgrade (for 70 credits, yikes), it can also sub in as a Crowd Controller, though don’t expect too much. 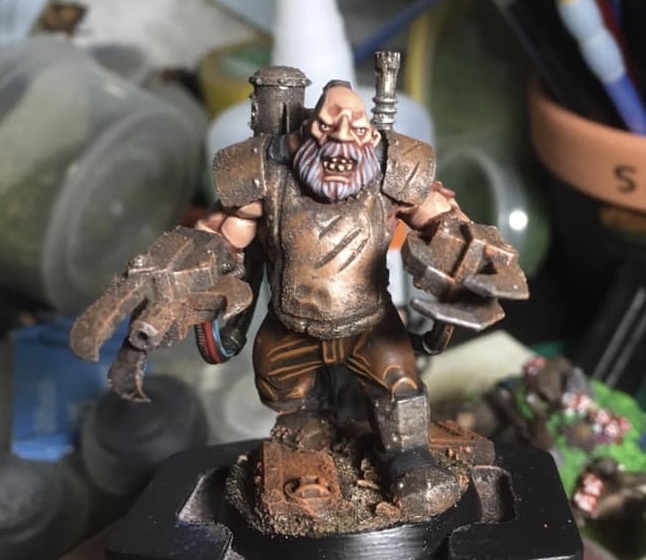 We don’t want to waste your time, dear reader. If you already have 2 Ambots and a House Brute on your roster, you can consider getting a Servitor-Ogryn. If you do not, stop playing around and buy an Ambot or a House Brute. These things are trash when compared to your other options.

The Iron Automata is interesting. It’s tougher than an Ambot, has a terrifying gun, but has a couple of drawbacks that make it a true head-scratcher. The pros are simple: it’s gun can mow down entire swaths of enemy fighters, and it can take hits like nothing else. The cons, however, are significant. First, every time it activates the player must roll a d6. On a 1, the Automata gains the Insanity condition. It only has a Will of 8+, so expect bad things to happen in a prolonged firefight. Second, whenever the Automata goes out of action, roll a d6. On a 1, the Automata is permanently deleted from the gang roster. This happens before the Lasting Injury roll, meaning that the Automata has multiple chances to permanently die. These drawbacks are kinda nuts! The Iron Automata would make a strong Brawler, but the chance to attack your own gangers and then walk off your roster forever makes it far less reliable than an Ambot for virtually the same price.

While Brutes are hired exclusively for their combat-prowess in-game, Hangers-On are a separate category of hireling, chosen primarily for the bonuses that they can generate for your gang both in-game and out. Some of these bonuses are pretty minor, but others are strong enough to change the tide of a close battle, so think hard before you choose which to invest your Reputation Slots into!

Hangers-On are typically not fielded in most missions, but can be forced into play with an unlucky roll in missions in which your gang has the home turf advantage. Most of the time you’ll want to keep these guys cowering in the back, but some of them do have a bit of deadly potential. Be careful, though, if they wind up with a permanent injury after a battle they’ll walk away for good; they’re not paid enough for that! 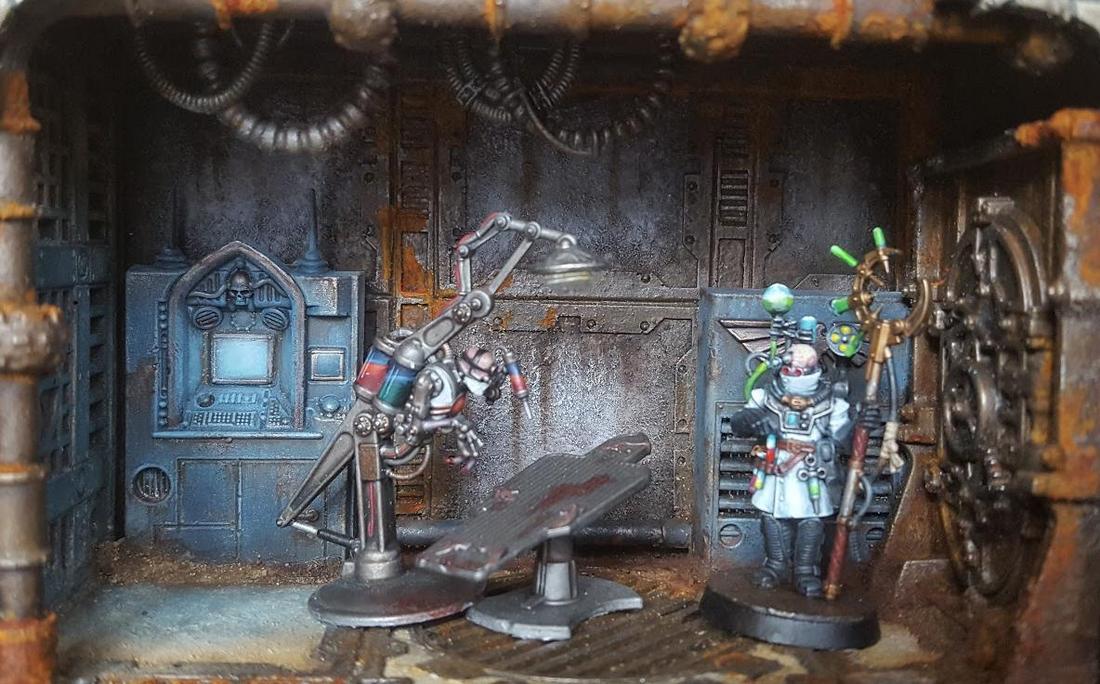 Almost as good as the real thing! Rogue Docs will patch up your critically injured fighters for free, allowing your champions and leaders to skip the Medical Escort and instead rummage around for rare items at the Post. These Docs can only Stabilize at best, so their patient is likely going to need some form of Bionics to get fully back up to speed, but it still beats being dead. Multiple Docs allow you to perform this free visit to two seperate fighters. 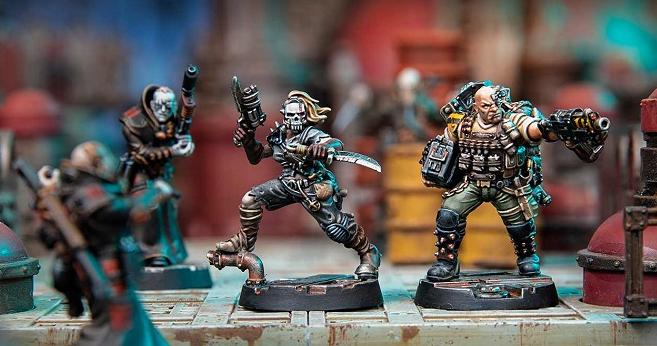 Re-rolls as a whole are uncommon in Necromunda, but Ammo Checks are an unfortunate fact of life. Each Ammo Jack on your team allows an ammo reroll on a natural failure of one (and then two, and then three with more of ‘em). Unless your gang is made up of almost all lasguns, these guys are invaluable.

Dome Runner (Max of One) 20 Credits

Re-rolling an Ammo Check? Amazing. Re-rolling the result for a Loot Casket? Not quite as awe-inspiring. Handy for avoiding frag traps, sure. If you’re hell-bent on cracking into those d6 credits the Dome Runner can pay for herself in 4 to 20 crates! Runners also generate an extra 10 credits per game with a specific territory in a Dominion campaign, but that’s hardly enough to justify them 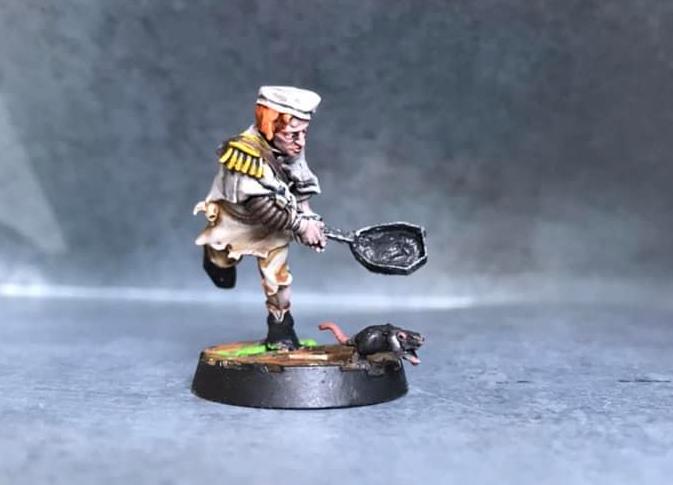 Slopper (Max of One) 20 Credits

Grants a one in six chance for a fighter in Recovery to heal early and participate in the next battle. While that fighter will still miss out on the phases where he’d normally be able to spend XP and buy gear that round, having a wounded champ pop into action unexpectedly can even the odds early in a campaign.

Gang Lookout (Max of One) 20 Credits

Look, just skip this one. He offers a +1 to your spot checks when you’re playing as the sentries in that sort of mission. If you think that he’s got a valid use that elevates him to be worth a Reputation Slot over a Slopper or Ammo Jack, feel free to angrily let us know in the comments.

Insurance for gangs that want to play dangerously, a -2 to Alliance rolls make the downsides of Guilder/Recidivist allies easier to ignore when they get a bit too pushy. The Fixer skill means he’ll be generating free credits every game, and can even sacrifice himself to prevent your gang from being outlawed if the wrong people notice your giant stash of illegal weaponry.

Scabber (Max of One) 40 Credits

Allows Outlaw gangs to sell illegal weapons and wargear back to the Black Market at half of the usual cost penalty, but that’s contingent on you having a deluge of extra illegal items worth selling in the first place. Their ‘Trade Action’ ability also doesn’t seem to trigger any bonuses, making it of questionable value. (We’ve house-ruled it for the Scabber to count as a champion for trade purposes, so the player can at least gain +1 to their Rarity rolls.) There’s probably ways to break the economy with this guy once an Outlaw gang has enough Reputation to get a flat 25% discount at the Black Market, but any right-thinking Arbitrator would slap that down immediately.

Nudging the scenario roll up or down by one (or two with double ‘Narkers) can be the difference between facing an opponent in their optimal environment or surprising them with a scenario they’re completely unsuited for. Why engage Van Saar in a Standoff when you can force them to instead charge your relic in a Sneak Attack?

An Outlaw exclusive, the Proxy allows their controlling gang to sell their captives to the guilders for half of their credit cost and sneak into the Trading Post without the typical Cool check, provided they roll under a 5 on a d6 check. They can also form Alliances with Guilders, but will blow the whole deal if they get too uppity and question the Guild’s demands.

Propagandist (Max of One) 30 Credits

One of the few ways to gain Reputation outside of missions and Intrigues, the Propagandist allows you to call your shot when you’re certain you’ll win an upcoming battle. Sure, maybe it’s not the smartest move when you’re about to go up against some flame-happy Cawdor in the tunnels, but call it anyway! We’re sure you’ll outsmart them somehow. We believe in you, friend! Their secondary ability to generate a second juve occasionally when you buy one is almost a downside, though, as the new recruit will often throw off your ganger ratio.

Go Forth And Crush Your Enemies

Thanks for joining us on this Campaign Progression journey, Scummers! We’ll be back next week with a look at the speedy, deadly, and probably drug-riddled queens of the Underhive: House Escher! As always, if you have any questions, comments or feedback, drop us a comment in the comments below, or email us contact@goonhammer.com – we’d love to hear from you.