9th edition is out in the wild, and with it a whole raft of changes to the factions of Warhammer 40,000. In today’s Faction Focus, we’re looking at the impact of the new edition’s points and rules changes on Inquisitors.

Similar to Assassins, Inquisitors got a major overhaul midway through 8th edition thanks to the release of a White Dwarf Index article that updated their rules and gave armies the ability to add an Inquisitor to an IMPERIUM detachment via a special rule that allowed them to soup in to detachments without affecting a faction’s detachment abilities (such as Combat Doctrines). With the release of Psychic Awakening: Pariah, these rules were tweaked a bit to restrict the inclusion of Inquisitors to Patrol, Battalion, or Brigade detachments and as we enter 9th edition, and made it so that Inquisitors and Assassins occupy the same “slot.” The big question here is: Are Inquisitors still a worthwhile addition to an imperial army? Let’s dive in and find out.

The Rules & The FAQs

There are two major changes to 9th edition’s rules that massively affect how Inquisitors work:

The changes to army construction now put the emphasis on taking fewer detachments, with players paying CP for the detachments they take instead of gaining them. This pushes players toward taking a single detachment if possible, with the big consequence of that being that suddenly getting all of the HQ units you want in an army can be a real crunch – many armies want 4 HQs but a Battalion only offers 3 slots. In these situations Inquisitors can offer a big upside, since their Authority of the Inquisition rule means they don’t take up a detachment slot in an IMPERIUM detachment. This means they can fill an important HQ-like role (most likely occupying the role of: “Psyker,” though we’ll talk about that in a moment) without forcing the army to take another detachment.

You can still only take one Inquisitor in an Inquisition detachment, which is something you’ll be far less likely to do now that the cost for taking a Vanguard detachment in your army is so high.

The other thing to consider is that post-Pariah, Inquisitors and Assassins now use the same “special slot” when being added to a detachment, so with fewer detachments to work with, you’ll be more pressed to choose which one you want to add, and that’s an area Inquisitors are likely to lose out. Primarily because of…

The other major change is the addition of Secondary Objectives to the game’s missions. We’ve talked about these at length but the bit one we need to talk about here are the Warpcraft secondaries, which present three secondary objectives dependent on completing Psychic Actions (Mental Interrogation, Psychic Ritual, and Pierce the Veil), plus a third one based on killing psykers if your army has none (Abhor the Witch). Of these, Mental Interrogation is the easiest to accomplish but as completing Psychic Actions means not using your Inquisitor’s psychic powers to support your army – the reason you presumably brought them – you likely won’t want to use them for this purpose, though they can represent a cheap way of doing this for some armies.

Abhor the Witch on the other hand has a warping effect on the game. It’s essentially a slam dunk pick (and likely to be 15 free points) against psyker-heavy armies like Grey Knights, Thousand Sons, and Chaos Daemons, and will likely be good against Eldar and Chaos Space Marines, depending on how those armies are built. Because of this, it behooves most armies to either take 2 psykers when their army depends on psychic effects to accomplish its goals, or 0 psykers, so they can choose Abhor the Witch against armies where it’ll be free points. This potentially makes Inquisitors a good play in armies that want a second psyker and a bad play if they’re going to be an army’s only psyker. 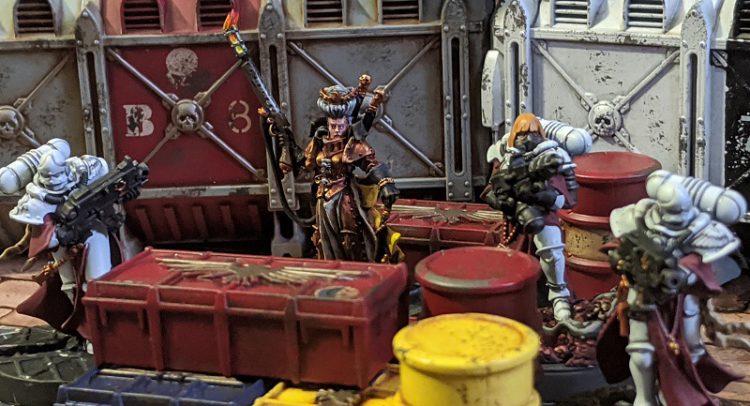 Karamazov, Hector-Rex, and Solomon Lok went up 10 points, while all the other Inquisitors went up 5. These changes are in-line with the broader changes and don’t affect the viability of Inquisitors much.

Games Workshop published a few adjustments to Inquisitors when they released a second wave of FAQs for 9th edition containing errata and clarifications for Psychic Awakening: Pariah. The major changes here were:

None of these were terribly surprising.

The bulk of the rules in this book cover the forces of the Inquisition, following through with GW’s goal of getting most of the rules pushed out via White Dwarf into print somewhere. They mostly haven’t changed – it’s definitely worth taking a look at our in-depth review from when these first landed, as most of it holds. However, there are both tweaks and improvements within, which is what we’ll focus on. 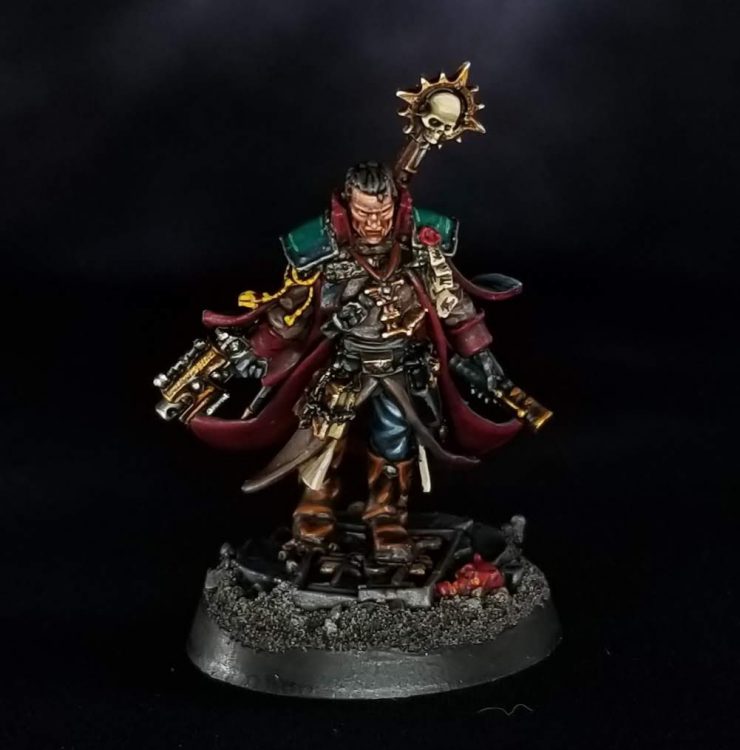 Outside of the possible issues with taking psykers generally, the principles behind taking Inquisitors haven’t changed. Most of the time you’ll want one for additional psychic support from the Telesthesia Discipline. Some of these powers have shifted in their utility thanks to 9th edition’s rules changes, however – Terrify is no longer quite as good as it was; the changes to Overwatch make turning off Overwatch shooting much less important unless you’re up against T’au. Psychic Pursuit on the other hand has gotten better as it now allows you to bypass not just Look Out, Sir for targeting but also effects like Cloud of Flies and Conceal that prevent targeting a unit that isn’t the closest. The downside still being that it’s only for an <ORDO> unit. Psychic Veil has gotten better for the same reasons, since it now prevents targeting by units that simply ignore the Look Out, Sir rule. It has a lot more play generally now that the game’s emphasis has shifted toward holding and protecting objectives.

Because of the aforementioned Warpcraft issues, playing an Inquisitor will most often be about bringing along a second psyker to support your army’s strategy with additional defensive buffs. Both Warding Incantation and Psychic Veil offer powerful protection to key units occupying objectives, and Psychic Fortitude can do likewise for a sufficiently large squad of models. Thanks to Authority of the Inquisition Inquisitors can ride in transports with other models, and so make great tagalongs in Rhinos, but do just as well on foot running with the key unit they want to protect. The Esoteric Lore Warlord trait is also a strong play for armies that are CP heavy, giving you a way to generate some additional CP during the game and if you’re more offensively-minded, Terrify still has uses against units that would happily pay 1 CP to Overwatch and the -1 Ld can help push a combat’s results over the threshold you needed to flip an objective

So where do Inquisitors fit in this new edition? Well the most likely landing place for a psychic Inquisitor is in a list that has one psyker and wants to fit another but doesn’t have the HQ slots to do so. The most common scenario for this is a Space Marines army that’s bringing a single Librarian, typically packing both of their chapter’s best psychic powers. This can give you some extra defense to work with, and further help you against psyker-heavy armies by giving you an extra deny attempt while not opening you up to giving up 15 victory points for Abhor the Witch. 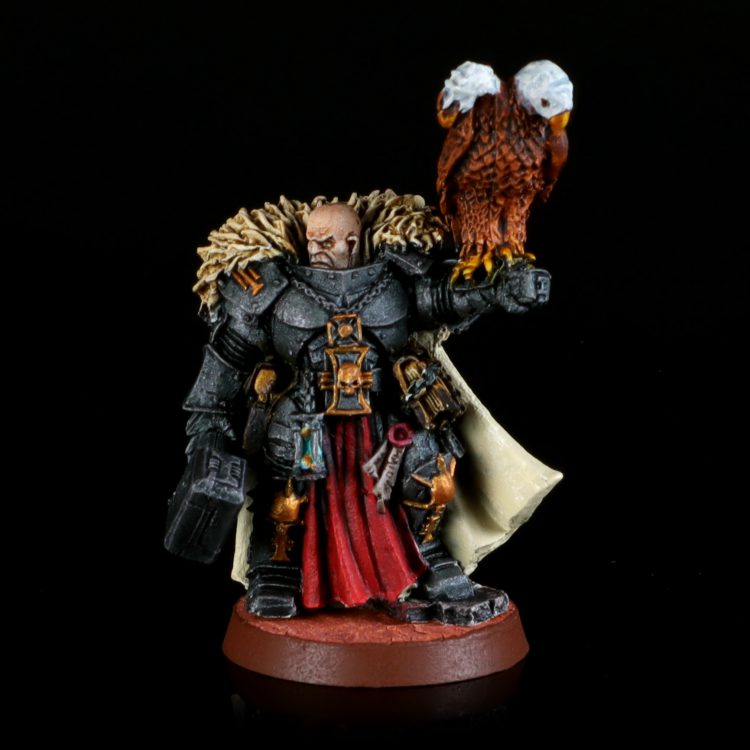 Building With an Inquisitor

We talked about Innes Wilson’s Blood Angels list in our Blood Angels Faction Focus yesterday but I’m revisiting it here:

Innes’ list mixes old and new from the Blood Angels codex. There’s the familiar two big squads of Sanguinary Guard, now all packing axes and fists since cheap swords aren’t a thing any more, and a pair of Sanguinary Ancients to back them up with the two strong buff relics to keep them alive and get them charging after, along with everyone’s favourite character pair of Astorath and the Sanguinor. Driving around with them are a pair of Impulsors, one packed full of Bladeguard and another with some Intercessors in it for backield purposes, supported by two sets of Infiltrators to seize early points and zone out deep strikers (even two squads covers a lot on the new board sizes, per this Hammer of Math).

The Inquisitor here serves as a secondary support for the Librarian Dreadnought, acting in that “second psyker” role we mentioned earlier and helping recoup Command Points during the game with the Esoteric Lore Warlord Trait. Innes picked Terrify here in large part as a counter for going up against T’au, and because of the terrain he’s expecting at his local events, which can sometimes be inadequate. On a more dense board, this Inquisitor is likely an easy skip for this list.

Overall it’s difficult to make a case for Inquisitors as an always-take with the Abhor the Witch secondary having such a big effect and points being tighter than ever. It feels like there’s a place for them in armies that want to include a second psyker without a second detachment, but it’s not clear there’s enough value there to make them worth it. Still, the opportunity cost is low enough that they’re worth testing and will likely see some play as people figure out when and where to field them.