I’ll be straight up: I don’t like most video battle reports. They tend to be poorly lit, laden with stock music, presented by uncharismatic hosts sitting too close to their microphones, and longer than your average Marvel movie. In other cases they feature players way too eager to try and be funny or generate banter, and it comes off as cringey and uncomfortable. Lastly, it can be hard to keep track of what’s going on with just a marblemouthed dude’s word to go on and the occasional panning shot of the table. It’s clear here that someone at the Warhammer TV team felt the same way I did, because Battle Report addresses almost every one of these concerns. 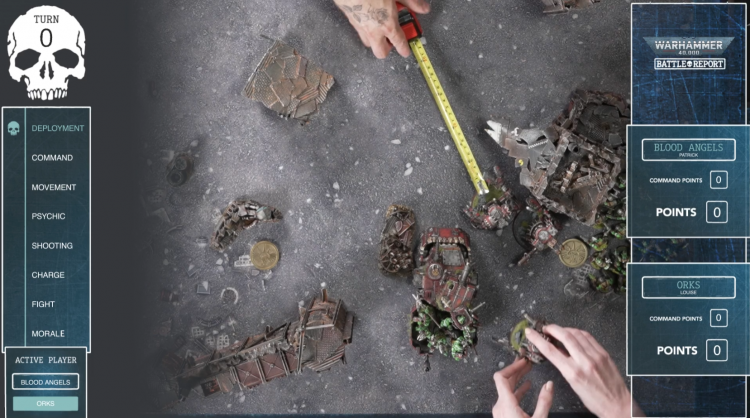 This isn’t going to be a review of any particular episode of the series as the quality of content is pretty consistent throughout, but these are my impressions based on the first month or so worth of them across Warhammer 40,000, Age of Sigmar, and Kill Team

Warhammer with your Coworkers 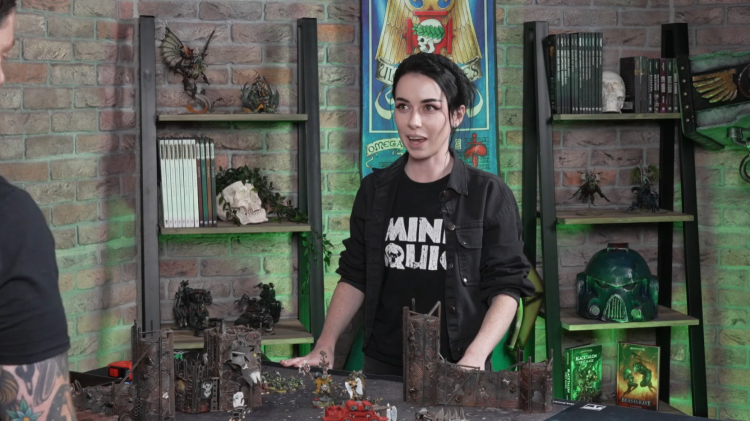 The hosts are going to be where this series lives and dies for a lot of people. You’ve got Nick Bayton and Patrick Price most of the time, with other members of the Warhammer teams (such as the always delightful Louise Sugden) tagging in occasionally. Their interplay is very polite and businesslike, with some banter here and there. It doesn’t feel stiff or unnatural per se, but isn’t as freewheeling as a game between friends over a couple beers. Obviously it isn’t GW’s brand to have their hosts cussing up a storm or whatever, but it means you’ve got some fairly family friendly and well presented material. I imagine having editors helps a load in this regard, and would pay extra to hear the Nick Bayton Says Piss Supercut. 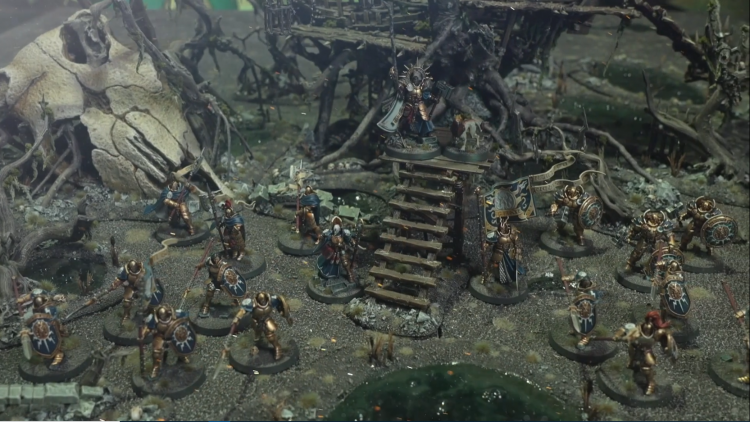 This is where Battle Report really blows your average YouTube hobbyist out of the water. Games start with one of the audiobook narrators talking about the forces at play while the camera luxuriates over the armies, which is a nice and immersive touch. From there the players walk through the units in their army, which are each presented on a cute little turntable so you know exactly what’s what. The mission for the battle is explained, and the whole preamble takes like 10 minutes. Once the game starts, there’s a multi-camera setup, clearly jumping between shots of the individual players, overhead views of the table and dice trays, and the occasional closeup of the armies duking it out. Over the course of the game there are brief talking head segments where one player or the other reads from some scripted material at the camera, usually between turns when a scoreboard shows up and catches players up to who’s scored what. This is a great feature since it not only gives a viewer a good time to pause or stop and come back later, but also if your brain is cannonball-smooth like mine and your attention comes and goes, you can drift in and out of the game and still follow it. Similarly, graphic overlays frequently appear to explain stratagems, point out what unit is attacking what, and so on, so even if you’re a newcomer you can still follow what’s going on. Lastly, the shows end with a brief, unscripted post-game discussion between the players where they talk about the game. I honestly wish this was a little longer, as going over the triumphs and tragedies of the battle is one of my favorite parts of playing an actual wargame. The biggest praise I can give here is that it’s easy to follow what’s going on, which is pretty clutch in a game as complex as 40k. 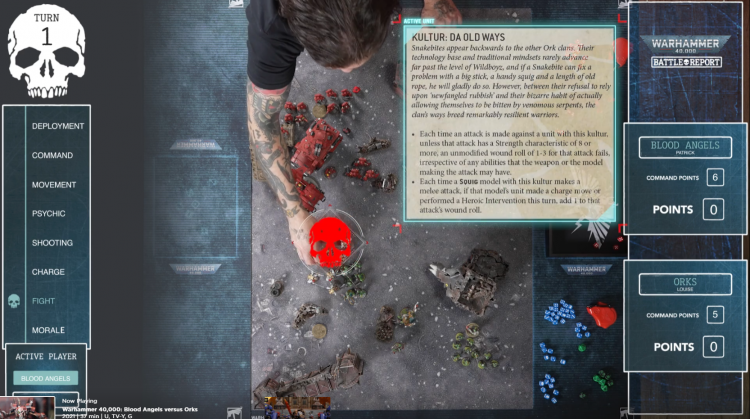 The tables themselves range from bespoke Warhammer World-level affairs to your typical neoprene or cardboard printed mats with some terrain on top. There have been both studio armies and personal collections featured as well, and the photography captures the detail and beauty of these models well. I prefer seeing personal armies with all the little idiosyncrasies and conversions one could expect from an enthusiastic hobbyist, and I’m so happy they chose to include some in there.

From an audio standpoint, you have a rotation of Warhammer-licensed butt rock going over the whole show. Anyone who has watched GW’s marketing materials over the past few years will recognize half this stuff. It’s cheesy and fairly easy to tune out, and I’ll give it credit for not just being the same half dozen Kevin Macleod royalty-free songs you hear in an average YouTube battle report. Audio cues accompany all the visual elements that are added, so a little chime will play when a strategem explanation comes on screen or what have you. Most of the time these are fine and let me know when to look up at the screen so I can see what Vengeance For Calth does or whatever. The audio for the hosts is clear and understandable, and I’d say the whole thing is an extremely appealing audiovisual experience.

Who is this for?

So far the reports have tried to approach a wide range of playstyles. The Kill Team report that used all the stuff from the Octarius set felt instructional and like advertising for the (no longer available) box set. The massive Garden of Iax game was very clearly a narrative one, with players taking fluffy and suboptimal lists to recreate the story they were trying to tell. Meanwhile the matched play games have also featured suboptimal lists like the kinds you would typical say between two friends at a game store. So far, there haven’t been any tournament-style armies, but if you’ve ever engaged with a White Dwarf battle report or article from Warcom about army construction, this should not surprise you. Personally, as a hobbyist who is less on the competitive side, this is fine by me. I do think they should offer a few of these just to cover a wider range of players though. These also could serve as a great opportunity to preview upcoming armies and rules. At time of writing, the Black Templars army release is on the horizon, and if I could watch a battle right this minute with the new Templars, I’d be windmill slamming the play button. Ultimately, I think they’re trying to cover all of their bases here, but aren’t yet serving the more competitive parts of the audience.

The longest video in this series so far was like an hour and a half, which is pretty much perfect for this sort of thing. I find livestreamed Warhammer games to be profoundly dull affairs, and the moments of high tension and drama are few and far between for a viewer sitting down to watch a 3-4 hour game. Fan-created battle reports also get long in the tooth, often coming in over 2 hours, likely due in no small part to how YouTube ad revenue rewards longer videos. What you have here is a (comparatively) punchy product that sits firmly between something one could actively watch, and something to keep on in the background while painting. The production values are unparalleled in this space, the action is easy to follow, and the hosts are generally pleasant to watch. If I were to give a final thought here it would be that this is the White Dwarf battle report in video form, with all that entails.

Have any questions or feedback? Shoot us an email at contact@goonhammer.com.