Goonhammer was provided with a review sample of this product by Games Workshop.

One of the nice surprises from a recent GW preview was the annoucnement of a new Cadian Shock Troop box, with a new upgrade sprue designed to act as half-way house letting the (now fairly antiquated) models stand, and completely re-doing the kit. As well as just generally adding variety and quality to a staple unit, the head swaps in the new kit also provides players with the welcome option to add some gender diversity to their infantry squads, bringing things much more in line with the fluff and catching the model line up with the generally-improved representation in official art and fiction.

As a nice surprise for me, Games Workshop was kind enough to wing a box of these my way, so today we’re going to take a look at what’s inside, and at a sample model you can build with the new parts. 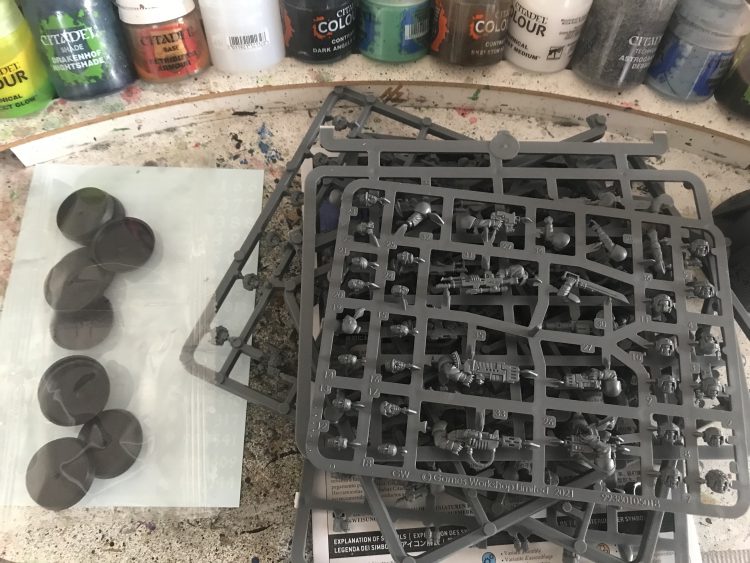 As you might expect the mix of old-style and new style sprues is a bit jarring when you open this up – it’s a while since I’ve build anything that wasn’t a fairly new plastic, and I’d forgotten how much space is wasted on the older kits. It also means there’s way more bulk in the box than what you’d expect these days.

OK, that’s the whole thing, but let’s take a closer look at  what you’re really here for – the new sprue:

This is, in fact, a really nice sprue. The special weapon options are nice for expanding out how you can equip the unit, but the standout is the sheer number and variety of heads, and the nice dynamism you get from the various arm swaps – they’re much better at suggestion movement than the rather stolid poses from the originals. These include a rocking bionic arm that wasn’t shown off in the previews.

The new options are also fully integrated into the instructions, which have been completely re-done. For Guard players wondering – yes I did look at the unit profile (I am me, after all) and I’m afraid there aren’t any buffs being smuggled in via this route. Your models are going to look cooler, but perform much the same.

Now, we don’t believe in phoning it in as regards content here at Goonhammer, so having had a look at all the cool new parts, it was time to pick some of my favourites and paint my first ever Cadian. 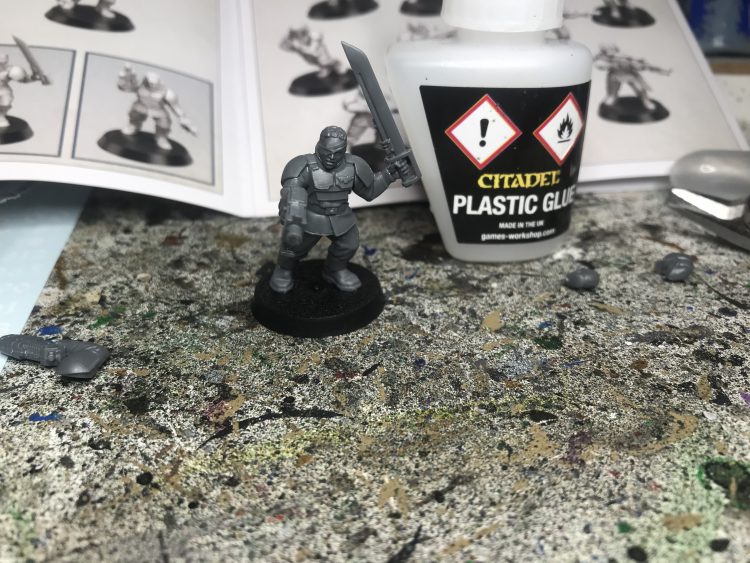 As can be seen from scattered, dismembered heads and arms, I tried a few things on for size and came up with this combo as a nice way to capture some of the dynamism I mentioned earlier. The new parts integrate with the existing kit very well, no problems with anything lining up.

The demands of content production meant my turnaround time on this was pretty short, so that meant the plan was to primarily use Contrast to get my new sergeant here painted up. I applied some Wraithbone spray then lined up my arsenal of paints, ready to go: 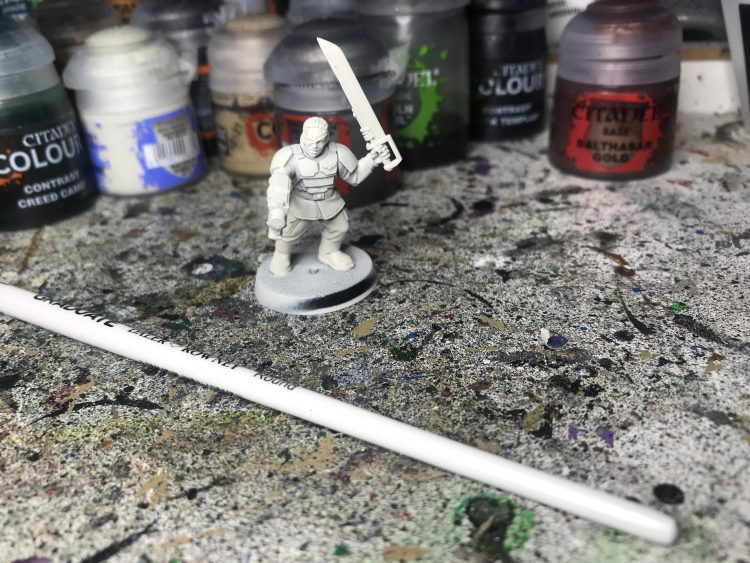 Mostly I just followed through on this, but I ended up darkening the boots with some extra washes (and I think I’d just do them grey if going again) and doing a layer of Waagh Flesh over the armour because the camo looked a bit anemic ont the flat surfaces by itself. Overall, however, things came together pretty nicely for a quick paintjob. 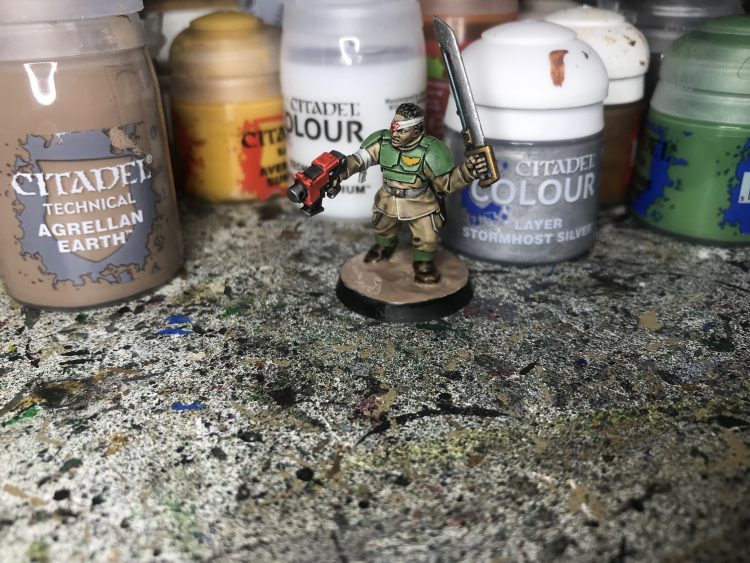 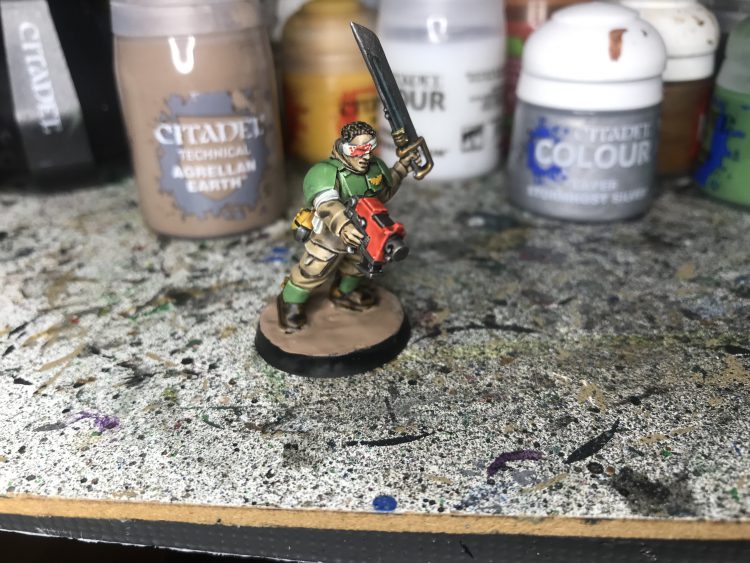 I left the Agrellan Earth to dry overnight, then voila.

My overall impression of this kit is very positive, and I think GW have hit on a smart move here. Faces and more dynamically posed weapons and arms are where the eye is drawn to on infantry models anyway, so a small upgrade sprue can go a long way. The only thing I don’t like about this release is that the sprue isn’t available separately, because I can see some Guard players wanting a lot of them to re-kit existing models. In general though, more of this sort of thing. Although not for the Eldar Guardian kit. Please put that out of it’s misery.

Comments, questions or suggestions? Send them to us at contact@goonhammer.com.