Commander Focus: The Death of Golos 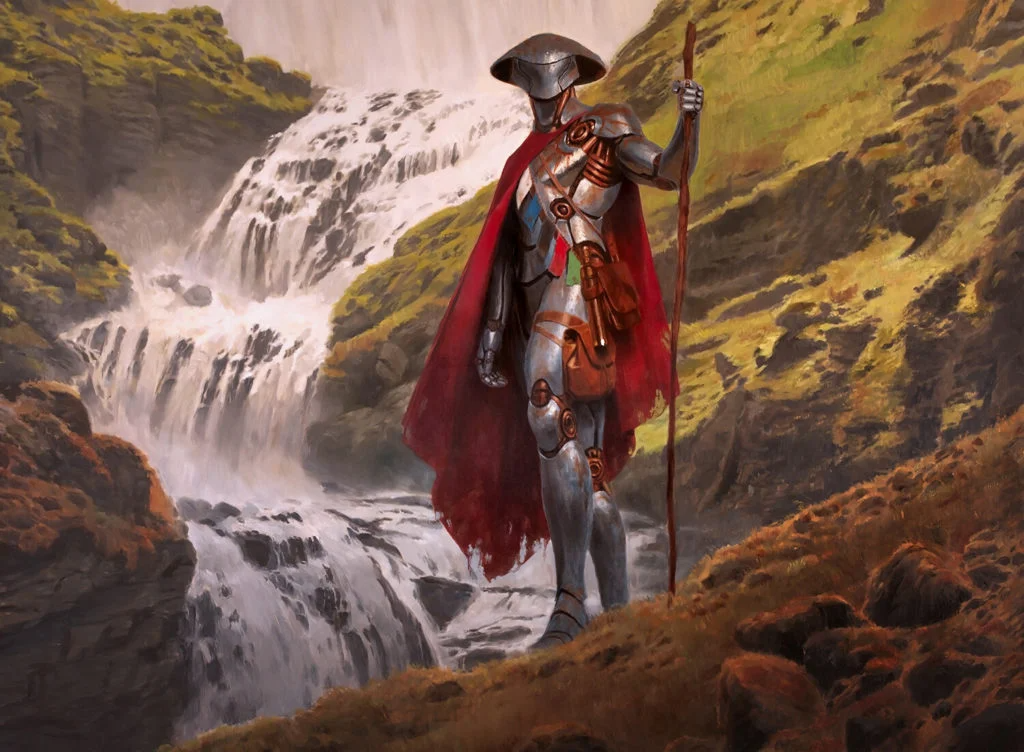 Yesterday’s ban announcement  is one of the largest to happen in a while: As of 09/13/2021, Golos, Tireless Pilgrim is banned from Commander. As it turns out, we’d just finished building another Golos deck, and while it’s no longer legal, it does serve as a good examination ofwhat made Golos such a generically good Commander and why the card was banned – so we’re publishing it today as a final send-off to the golem. Golos was easily the best way to build janky decks, such as today’s deck that I’d already written, a Maze’s End deck that won via the Maze’s end ability to grab all the gates. Rebuilding the deck will be hard; it took having golos at the helm to make the deck work.

There are many problems with the card, but the greatest is that in the low-to-middle tiers where we focus the banlist, Golos is simply a better choice of leader for all but the most commander-centric decks. Its presence crushes the kind of diversity in commander choice which we want to promote. You can drop in Golos and a few 5-color lands into a random deck and get all the ramp and card advantage you would ever want from a commander, with no worries about your mana base. Golos’ ability effectively reduces the commander tax to one and once you hit seven mana (with Golos assuring that you have WUBRG and helping you get there quickly), you don’t need to do anything for the rest of the game except cast spells for free—something we always want to be careful about.

Though it’s a bit contorted. If Rule 0 is such a big thing, if players are supposed to talk about their decks, if golos is crushing out mid and low-level tables, then why not just have a conversation about Golos before the game?  Why does the rules committee need to intervene here, and not allow players to establish their own rules?

This quarter the RC also unbanned worldfire. Worldfire is a dumb ban, and it’s nice to see some common sense being restored. Worldfire is not a strong card. It costs 9 mana. NINE. Yes, you can win the game with it, but it costs NINE mana. Of course you should win the game if you cast a single spell that takes 9 mana. Oh wait you won’t win the game, you have to do something else. We’ll make a couple of worldfire decks to show ways to get around it’s downside, but it’s a really big downside. And NINE DAMN MANA. 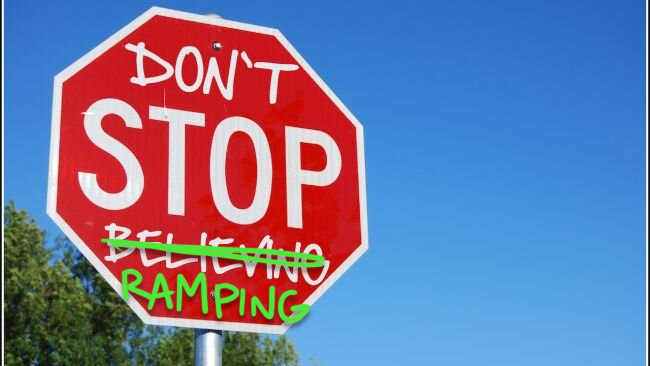 You’ll definitely have to ramp quite a bit to hit 9 mana and then do something else on the same turn.

Goodbye Golos, you lord of jank, you prince of weird decks, you strange robot guy.

If the below seems like a waste of time, remember you can just swap in Esika as commander, or else Sisay, or Kenrith. None of them will work as well, but they’ll all serve. To make that fit though we’ll have to shove back in some land tutors to actually grab Maze’s End.

Why so many Golos decks? Golos is the generically best “good stuff” commander in five colors. That’s just how it is. His 5 casting cost seems high, but since it ‘s all colorless, it’s easy to get there fast with an early sol ring or really any ramp whatsoever then, he pops out early, gives you even more ramp. Conveniently he also has a place for you to dump mana, Playing (not casting) 3 cards per turn is no joke. Yes it costs 7, but he ramps so well and responds to ramp so well that… well. He also functions off an ETB so if he dies you can recast him and get his ETB again and then on top of all that he’s fairly hard to kill, I mean he has a big ass, really at 3/5. He’s not good at attacking and not really that threatening, so players will tend to leave him on the board.  Weirdly, I think the interactivity of Thrasios, Triton Hero makes him seem more threatening whereas Golos is somehow just a weird robot pilgrim who is uh, tireless. Well, he’s a robot so of course, he’s tireless, robots don’t really get tired. Do they? I guess he’s a magic robot so maybe magic robots do get tired. I never saw Wall-E, so let me know if you know.

I rather quite the movie the Ninth Gate despite troubling facts about its director, and Golos isn’t exactly a perfect Corso, but the name fits, so. 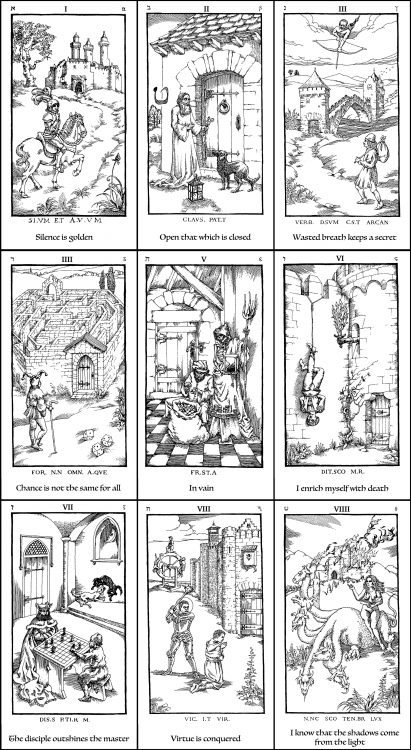 Maze’s End offers an alternate win condition, one that I find is surprisingly viable in commander. It’s certainly not competitive level or anything like that, but “land ramp” is one of the kind of ramps that players mostly don’t bother with. Land ramp is usually accomplished with either Land Tax and tricks, or greens 2 and 3 mana land tutors, or some other creatures that enter play and fetch a land, like good old Solemn Simulacrum.

We’re going to mostly ramp with extra land drops and dorks, right into Golos himself, and then fetch Maze’s End. We’ll fetch Maze’s End almost every time, unless we already have it, in which case we’ll be fetching Vesuva, to copy Maze’s End, or in rare instances Stripmine or a fetch land. The nice thing about fetchlands is they generate two land drops. And if you can play lands from your graveyard, they ensure that you never miss a drop again. If you can play 2 or 3 lands a turn, you can fetch over, and if you have card draw off land drops then you’re ramping and drawing rapidly.

Maze’s End isn’t really ramping in the traditional sense without enablers, because while it fetches a gate, it goes back into your hand (the maze, not the gate) as part of its ability resolving. So you have to play it again, but it enters play tapped.

So that’s 9 cards that have additional ways to put lands into play. Now of course if we’re just playing lands all the time we will not really be doing anything right? Well that’s only sort of true, we have multiple ways to draw cards off playing lands – Tireless Prvisioner makes clues, and Tatyova, Benthic Druid and Aeisi, Tyrant of Gyre Strait both provide landfall draw a card triggers.

Aeisi, in particular, is really huge, so if you have one of the sacrifice a creature to search and put a creature into play cards, like neoform, use it on Golos to grab Aeisi about 99.9% of the time. The really nice thing about this is you can pretty easily just recast Golos, tireless pilgrim to get another land.

Once your draw / land play engine is set up, start fetching gates. If you have an untapper, such as stone-seeder heirophant or amulet of vigor or Vesuva, you can manage multiple gates per turn. The combination of multiple land drops, multiple card draws off land drops, and multiple landfall triggers can lead to extremely explosive turns.

This is the classic edition of the deck:

The XLT version clocks in at about 16 times the cost, but as per usual most of this lies in a timetwister. So, I don’t actually suggest you buy a timetwister. If you don’t have one and don’t want to proxy one, then don’t run it. Next there’s dual lands, ABUR duals in the deck actually do a lot of work, so again, if you don’t have them and don’t proxy, don’t use them. I’m not suggesting you spend $5,000 on lands. The XLT version of the deck is a lot more of a combo deck.

The goal is to get into a place where you can maze off in one turn, after assembling your pieces just keep grabbing gates until the turn ends.

This functionally requires you to be able to untap a land once for every time you put a land into play, and net 3 mana off a land coming into play.

You can also abuse this with bounce lands, though currently, the deck isn’t running any.  But the land you put into play generates a token, and returns a land to your hand.  The token coming into play lets you put a mana value permanent into play, which is a bounce land.  Lather, Rinse, Repeat.  The danger of this is with double triggers you can end up forced to return all your lands to your hand, so even though you have infinite mana, your lands are in your hand.  You could then use the treasure triggers to replay all your lands, but that’s getting extremely convluted.

So you need an untapper and a mana generator.  Enough untaps will do it for you.  Since Amulet of Vigor generates a trigger, if you double that trigger, the Maze’s End will untap twice, and the gate you play will untap twice as well, giving you 3 mana to use the Maze’s ability again.  In this instance, you just need enough land drops to keep playing the gate.  Or a Retreat to Coralhelm and a Walking Atlas.

To set up your combo you generally are going to want not fetch Mae’s End right away with Golos.  Instead, in the XLT version you just fetch, generally, a fetchland.  This is so you can thin your deck and ramp rapidly.  You then want to sacrifice Golos for a tutor.  Either artifact or creature.  Get a combo piece, then replay golos to get another land.  This may well be Maze’s End.  By now you hopefully have a doubling trigger effect, in which case you’ll get 2 lands off the second cast of Golos.

You may also find yourself in a situation where you want to actually use Golos ability – playing 3 cards off the top of your deck.  The deck includes some unusual tutors, exactly for this reason: long-term plans and Congregation at Dawn.  Both of these are great for Golos.  They are instants, so you can predator end-step cast them, then use his ability before your draw step (especially with Congregation at Dawn), which potentially lets you net Kodama, Greenwarden, and Aeisi, cast them all for 7 mana, and probably win the game that turn.  This is highly dependent on what is in your hand though, and Moritte is also a hugely useful tutor/fetch to double your triggers.

I hope you’ll enjoy playing the 10th gate, I quite enjoy how people laugh when they see it’s a gate deck, then they stop laughing pretty rapidly when the deck suddenly pumps out7 or 8 gates in a turn.

Something a bit unusual, a deck where you will gain and lose lots of life, using it to pump up huge creatures or set your opponents life totals at rather small amounts. In the meantime, if you have any questions or feedback, drop us a note in the comments below or email us at contact@goonhammer.com.