Welcome to Ruleshammer! My ongoing attempt to make sense of the many rules, abilities and interactions of both in games of Warhammer 40k. This week I’m covering some extra Aeldari questions!

The Battle Focus move has restrictions when models are moving over area terrain, but what if the models are already on the terrain and don’t “wish to move”? Let’s check the rule first.

So really what the heck does “wish to move” mean. Like if you’re using Battle Focus then don’t all the models wish they could move and some of them can’t because they’re on a terrain feature? I’m not being serious with that suggestion but it’s pretty odd phrasing. Especially as if any of them wish to move, the 3″ subtraction is for the every model in the unit. So what if you’re in the situation below? 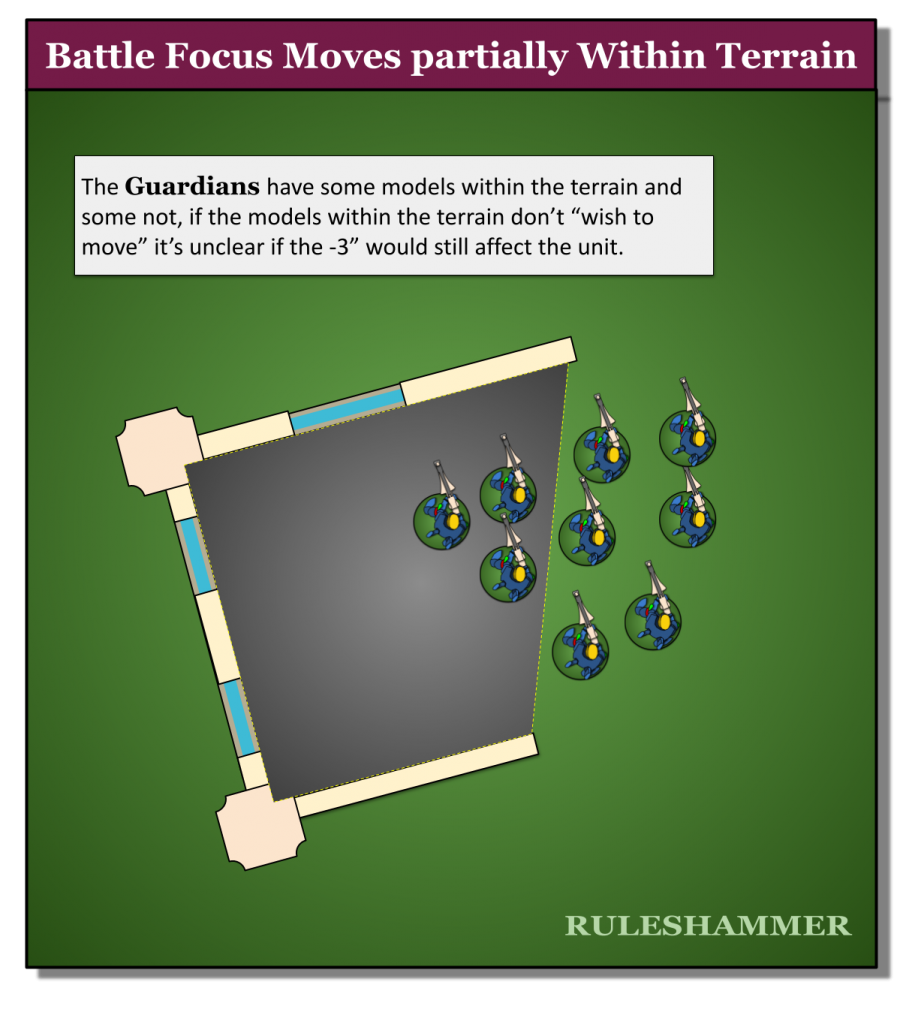 I’m really not sure if the rule sufficiently covers this situation; if the units rolls a 3 for their Battle Focus move, can the unit move at all? Personally I lean to yes, if you don’t move any of the models already on the terrain but we really could use an FAQ to clear this up.

Pre-FAQ Suggestion: If some models in a unit are not within Area Terrain when using the Battle Focus move ability then you can move those models the full amount rolled so long as the models that are within the area terrain do not move. 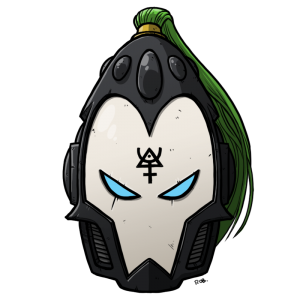 Strands of Fate and The Selectable Keywords FAQ

I’ve had a few people asking me about this FAQ and if it interacts with Strands of Fate (SoF) or for that matter any other “all your army” abilities.

Strands of Fate doesn’t require or enforce they all be the same, it rewards having the same <CRAFTWORLD>

like it’s a question not a imperative. Strands would need to be

to say it “requires all selectable keywords be the same”, where as

This rule from GT2022 Nachmund is requiring they all be the same, the keyword there being “must”. So this doesn’t allow an army to include The Yncarne to be in a different <CRAFTWORLD> army and keep Strands of Fate.

I think as odd as this interaction is the current answer is yes, but lets look at why; what does Mirror Architect do is a good place to start.

So in a normal Look Out, Sir scenario, a unit of Troupes would be able to protect a character. Like the Marines in this Diagram below are protecting a Librarian. 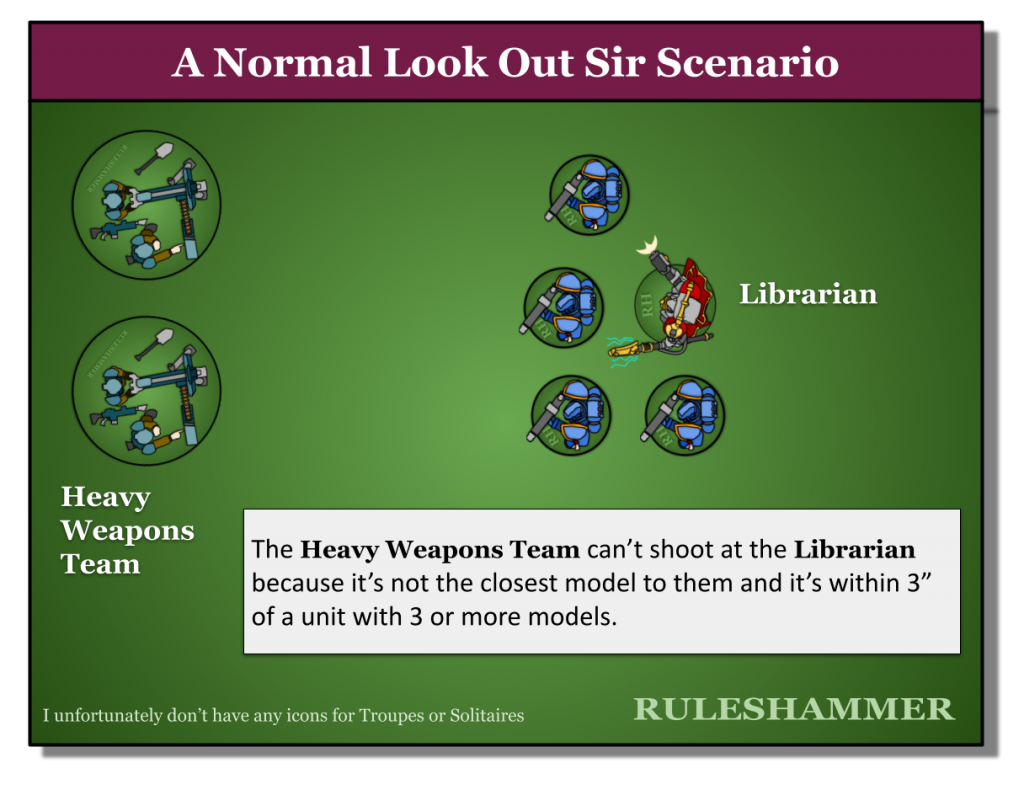 However if the Shadowseer gets within Range of that Troupe unit, then when measuring range to them for shooting your opponent will treat them as being 6″ further away. This would be fine if the Character they were protecting was also affected by the Aura, however Solitaires don’t have the <SAEDATH> keyword. So while the Troupe unit now counts as further away a Solitaire will not, potentially making it the closest enemy model and removing the protection of Look Out Sir.

Strands of Fate, Luck of the Laughing God, and missing exclusions

Both of these abilities have some pretty clear exclusions missing.

If every unit from your army has the Asuryani keyword and is drawn from the same craftworld (excluding models with the ANHRATHE or UNALIGNED keywords), then at the start of each battle round, you can make a Strands of Fate Roll.

Strands of Fate is missing an exclusion to let you ignore Pheonix Lord units for this check. I say it’s obvious that this is missing because Asurmen, Baharroth, Fuegan, Jain Zar, etc all have Strands of Fate as an ability on their Datasheets. If including them was intended to break Strands of Fate they wouldn’t have the ability.

Pre FAQ Suggestion: Play as if “Pheonix Lord” is included after ANHRATHE in the list of units to exclude from the “drawn from the same craftworld” check.

Similarly the same issue exists for Luck of the Laughing God and Solitaires.

it’s just Solitaires but like Pheonix Lords and SoF, they do have Luck of the Laughing God on their Datasheet.

Pre FAQ Suggestion: Play as if SOLITAIRE units are excluded from the “same SAEDATH” check for Luck of the Laughing God.