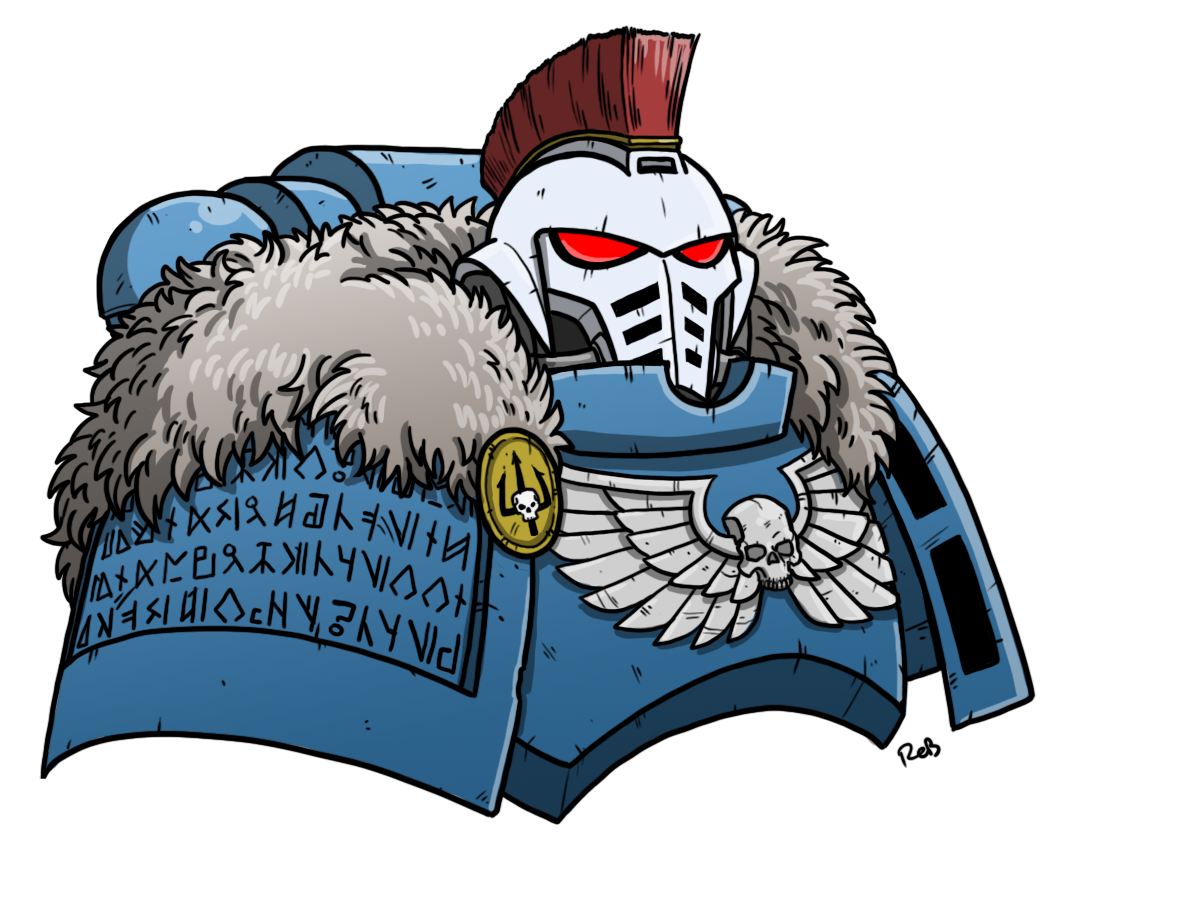 The Emperor’s Spears are one of the newer Chapters both in and out of the 40k universe. In the fluff they’re from the 25th Founding, in the middle of M40, making them slightly younger than Commander Dante. Out here in the real world, they originally appeared in the How to Paint Space Marines guide back in 2004, but didn’t really get fleshed out until the publication of Spear of the Emperor in 2018 (we are big fans of the book here at Goonhammer). The Spears got some rules in 8th edition as a pack-in for the special edition release of Spear of the Emperor in 2019, a custom chapter tactic released a few months before the second 8th edition Space Marine Codex called Redden the Earth, which gave them the ability to score 2 hits in melee each time they rolled an unmodified 6 to hit. However, what this article focuses on is the new version of the Chapter’s rules included in White Dwarf 460.

The Emperor’s Spears are an Ultramarines successor, and get access to all of those rules (which we covered in Start Competing: Ultramarines Tactics). They additionally have their own Chapter Tactic, two unique stratagems, and three unique relics.

Redden the Earth is not really a Chapter Tactic of its own; instead it’s just a white-labelled combo of the Whirlwind of Rage and Hungry for Battle Successor Chapter Tactics, which gives the Spears roughly the same feel as before (unmodified hit rolls of a 6 cause an additional hit on a turn when an Emperor’s Spears unit charges, is charged, or intervenes, plus a the boost of getting +1 to Advance and Charge rolls). As melee tactics go this is a reasonably strong combo, and gives the Spears both more ability to get to melee in the first place and some  extra oomph when they get there.

There are three traits for Emperor’s Spears, in line with the other secondary Chapters like the Crimson Fists and Flesh Tearers.

Bs across the board here feels about right – none of these are better than say, Rites of War or Imperium’s Sword from the base Space Marines codex, but none of them are actually bad either. There is one thing to bear in mind here, though. In the Blood Angels Codex, the “get a second Warlord trait” stratagem specifically calls out Flesh Tearers as getting their own traits, and not Blood Angels ones. This was a change for the 9th edition supplements – the analogous stratagem in the Imperial Fists book doesn’t include that wording, and tells you you must use Imperial Fists traits when using it, and so Crimson Fists cannot double up using their own trait list but have to use an Imperial Fists one instead. The reason for bringing this up is that Emperor’s Spears are in the latter position, because the Ultramarines book has the 8th-edition style wording. This is a good thing in one sense – because it means you also get access to the Ultramarines traits by a side route, and there’s some good ones in there – but it does change how you need to plan to get traits on characters. If you want an Emperor’s Spears trait it will need to be on your Warlord as his “primary” trait (and your secondary one, if you pick one, will be Ultramarines), or you need to assign one with Hero of the Chapter.

As well as Warlord traits, the Emperor’s Spears get two stratagems, and they’re both great.

The Emperor’s Spears get three relics, and of course can access the normal Special-Issue Wargear in the Ultramarines supplement.

The Spears don’t have any units of their own, and can’t take the Ultramarines unique ones, so we’re just left to look at units that work well with their playstyle.

In all three cases here the concept is the same and you’re really just choosing between different flavours. Spears buff your punching power, these units take advantage of it, and in particular they are all INFANTRY and so they can benefit from Fight as Brothers. The potential ceiling on a unit of lightning claw/shield Vanguard Veterans making use of re-rolls to hit with exploding 6s and +1 to wound is disgusting. An honourable mention for Assault Centurions, too; this is one of the few ways to get them re-rolls in 9th edition and so it may well be worth taking another look at them.

These don’t benefit hugely from what the Spears themselves bring, but they do get a lot out of being Ultramarines, and it’s important to remember that foundation. Grav-cannon Devastators under Seal of Oath (remember, it’s Special-Issue Wargear!) are particularly nasty for just reaching out and deleting a key target, and Spears can keep them on the move thanks to the Ultramarines’ Scions of Guilliman doctrine.

The basic Intercessor isn’t particularly sexy in 9th edition, but they do have a good home in Ultramarines, where Seal of Oath and Scions of Guilliman can give them real shooting oomph, and they can take advantage of a few good stratagems as well. Spears add to that by buffing the thing that differentiates them from the humble Tactical Marine, i.e. having extra melee capabilities, and again it’s worth remembering that they are INFANTRY which means they can be quite handy even if just to throw into a combat to turn on Fight as Brothers.

Early in the game your goal is to maximize your buffing abilities to try and provide overwhelming firepower that allows you pick off your opponent’s key units, while closing in for a charge with your melee-focused second wave. The “battle pile” is still alive and well with Ultramarines and Spears can benefit by playing much the same, particularly in the early turns. It’s also worth keeping in mind that Rapid Redeploy can give you a big advantage, allowing you to feint in deployment or reposition to nullify losing the roll-off and preserve your forces for later in the game.

Once you feel you have made optimal use of your buffing abilities and taken down a hard target or two with shooting, you can then push out and start up the warchant as your Spears rush into melee. It’s likely that you have a less purely combat-focused army than might be the case in say, Blood Angels, so preserving your push threats until they can really get stuck in is important.

The possible need to bunch up early on can feel like a liability against more maneuverable armies, especially compared to the rapid all-over-the-board style of the White Scars, but what you lose from being slower is offset by the additional shooting power that the Ultramarines options bring.

We haven’t seen any Emperor’s Spears lists hitting tournaments yet, but we came up with something that we think emphasises the core strengths we’ve talked about previously.

The basic theory here is to form up a classic Ultramarines-style battle pile, with the Ancient, Chaplain, and Lieutenant powering the core of Intercessors and grav-cannon Devastators to take down a hard target early on with Seal of Oath before the Vanguard and Bladeguard Veterans crash into melee. Nobility Made Manifest on the Ancient makes charging the castle a tough prospect since it enables the rest of the Spears to make a heroic intervention. If you’re concerned by the lack of CP, you could also switch this for Adept of the Codex to try and regenerate some each turn.

Click here to return to our larger guide on Codex Space Marines. If you have any questions or feedback, shoot us an email at contact@goonhammer.com.