Hello again and welcome back again, readers! If you’re just joining us, this is part 3 of our Kill Team Annual review. We started by covering the core content and new stuff for the Chaos factions (check that out here), and then continued yesterday with a look at the Imperium factions (which you can view here). Today we’re closing out the faction review with a look at the game’s Xenos factions and the new stuff they got.

Similar to last time around, there’s a lot to cover so we’re gonna dive right in. We’re saving the really detailed faction overviews for our Kill Team Tactics articles, so we’re just covering the new stuff and changes to each faction. We’ll eventually be updating our faction tactics articles to include all the new stuff as well, so stay tuned for that.

Craftworlds Kill Teams have the dubious honour of being one of the factions to receive no sort of box support at all (Vanilla, Commanders or Elites), which meant they didn’t get any sort of new stratagems… until now. We’ve already covered Asuryani kill teams in detail in our faction tactics article, which you can check out here.

Craftworlds get a fair few new tactics to use, most of which generally apply to smoothing out their variance, and making their good units even better, let’s go through them. 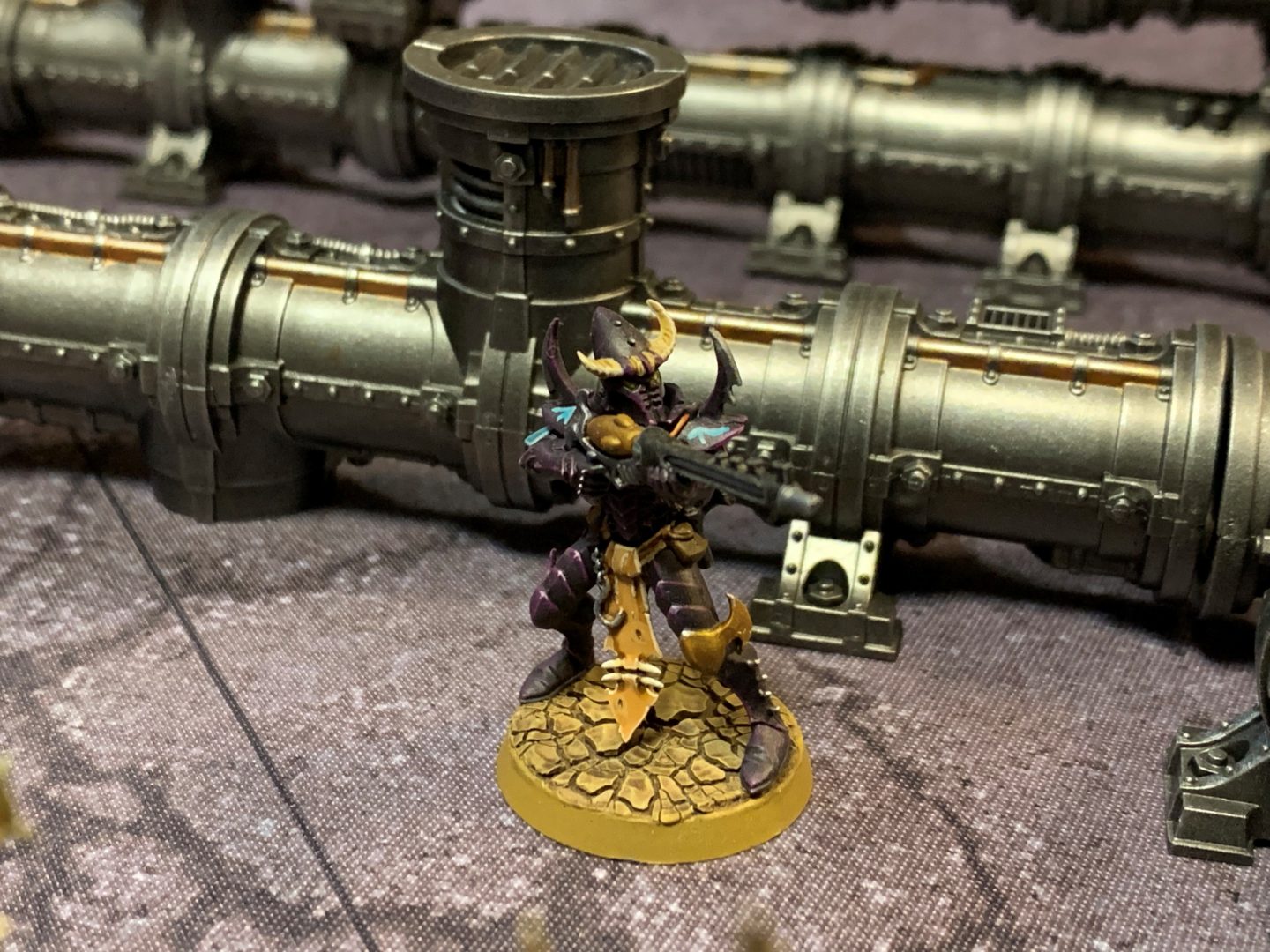 Drukhari see no changes to datasheets or points values, but have the tactics that were previously only available in the Slicing Noose box reprinted here, together with a bonus tactic, The Taste of Pain. We’ve already covered Drukhari Kill Teams in detail in our faction tactics write-up, which you can find here.

Genestealer Cults have also been well-loved and well-supported by Kill Team so far, and so already had access to a host of tactics. All of those have been reprinted here. Otherwise, none of their points values have changed, so if you play Genestealer Cults in Kill Team, you are free to keep on living your life the same as you always have, albeit with some tougher competition to handle in the future. We’ll be covering Genestealer Cults kill teams in detail in a future kill team tactics article.

No point changes here, either, but a heaping helping of new tactics, several of which are very interesting. We haven’t covered Harlequin Kill Teams in detail yet, but that article’s in the works. Here are Cegorach’s latest tricks:

The rules for Kroot Mercenary kill teams published in White dwarf earlier this year have been reproduced in the annual, though they currently appear to have lost the Alien Auxiliaries rule from the White Dwarf article that allowed you to give Kroot Carnivores the T’au Empire faction keyword instead of the Kroot faction keyword, meaning that Kroot are now locked to their own faction until we see an updated FAQ or errata. Otherwise, what’s in the annual is the same as what was printed earlier this year. Kroot are still very much a horde faction with a focus on melee combat, and would lack a Commander option were it not for Dakyak Grekh, the Blackstone fortress character who has also been reprinted in the Annual. We’ll cover Kroot kill teams in more detail in a future Kill Team tactics article.

Hey Ork players, remember the Charlie Brown Halloween Special? Well, you got a rock! No new Ork Tactics have been included in the Annual, and in fact the one that was exclusive to the Toofrippa’s Krew box (Shattered Stone) is missing.

Orks also saw a few notable melee weapon point increases. The old reliable Choppa goes from zero to 1 point for everyone except Nobs and Big Mek, which effectively raises the cost of Boyz and Kommandos by one point. This particularly hurts because there’s no way around the point increase, and if you’re going for a “boyz before toyz” list you may be losing an entire model to the price hike.  Boyz Boss Nobs and Kommando Boss Nobs eat a 1 point increase on Big Choppas and all flavors of Nobs pay 1 more point for Power Klaws. All small increases overall but they affect the basic building blocks of many Ork lists, and are not offset by any new gains. Enjoy that rock!

It’s a really disappointing development overall, and something we hope gets errata’d soon. We’ll also be covering Ork kill teams in detail in a future kill team tactics article.

Despite their lack of support in Warhammer 40,000, Necrons have somehow gotten two boxed sets in Kill Team to-date, the Ankra the Colossus commander box and The Exalted Scythe boxed set, which gave them a fair host of faction tactics to choose from. The tactics from both have been reprinted here, as well as the tactics they got in the Commander and Elites expansions. We’ll cover Necron Kill Teams in detail in a future article.

T’au kill teams are already pretty solid (if incredibly boring in their most competitive state), thanks to some fairly rough rules governing how drones work in kill team. With the annual, they get additional help from three new tactics, and they’re all pretty good. Inspiring Sacrifice is literally free, and Prudent Retreat helps Tau do their thing even better. We’ll be covering Tau kill teams in more detail in a future article.

Tyranids didn’t change much in the Kill Team Annual, either. They gained a single new tactic to compliment their set. We’ll cover Tyranid kill teams in more detail in a future kill team tactics article.

That wraps up our coverage of the Xenos factions in the 2019 Kill Team Annual and yes, we know – you’re still waiting on Adepta Sororitas Kill Teams. The good news is, we’re working on it. The bad news is, it’s gonna be a few more days while we get everything written up. Rather than do a quick pass on the Sisters of Battle, we’ve chosen to do a full tactics write-up for them, and will be publishing that later next week. In the meantime, if you have any questions, notes, or feedback, drop us a message in the comments below, or email us at contact@goonhammer.com.