Another week another Ruleshammer Q&A, this week covering some Psyker interactions, Look Out Sir and (who would have guessed it) more Open Topped transport issues – they really are the gift that just keeps on giving. I’m always looking for more questions, there’s links at the end of this article and how to get them to me.

I have 2 questions for thousand sons more specifically for psykers. In 9th edition, I can’t figure out of you can:

The conditions for being eligible are that the Psyker isn’t currently performing a Psychic Action, and that the Psyker did not Fall Back. Outside of those limits though a Psyker within Engagement Range is free to act as normal, there are definitely some abilities that are best not use in these situations though, such as Vortex of Doom below.

Vortex of Doom has a warp charge value of 8. If manifested, a vortex opens above the nearest visible enemy model within 12″ of the psyker. That model’s unit, and every other unit within 3″ of that model suffers D3 mortal wounds. The number of mortal wounds inflicted is increased to D6 if the power is manifested with a Psychic test of 12+. 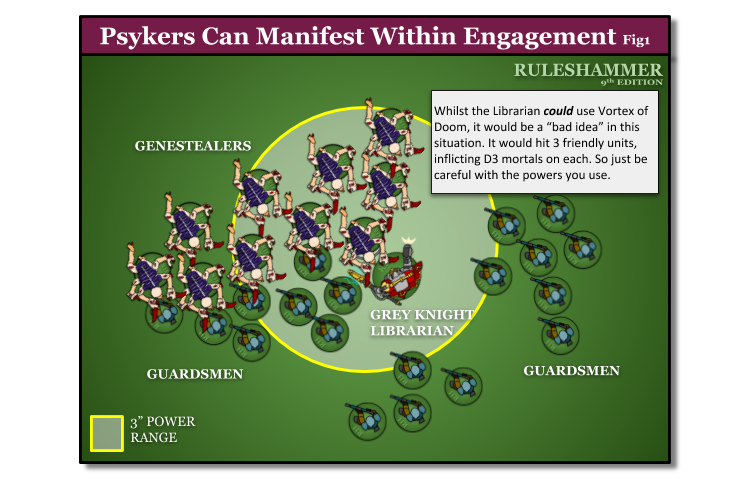 As you can see, this would be a bad idea. I think everyone involved would agree that this Psyker would have better served the imperium powering the astronomicon for a few milliseconds.

I hope that helps.

Question 2 – Look Our Sir and units in Combat

If I have an HQ within the parameters of “look out sir” protection, but on the enemy side of shooting, with an engaged unit of mine in melee between my HQ and the enemy shooter, can my HQ be fired upon?  In 8th, the errata ruled this out, a unit in cc still counts as the closest unit, even if it can’t be fired upon due to being in cc.  Example, my HQ is 2″ in front of one of my tanks, however in front of him are one of my units in cc with an enemy unit, can an enemy shooter unit behind the ongoing melee fire over it at my HQ? – Robert Vaughan

Yes the unit in combat still counts as the closest for Look Out Sir. Just to make it 100% clear for everyone though as it’s sometimes tricky to parse the positions of models from a description like that here’s a diagram. 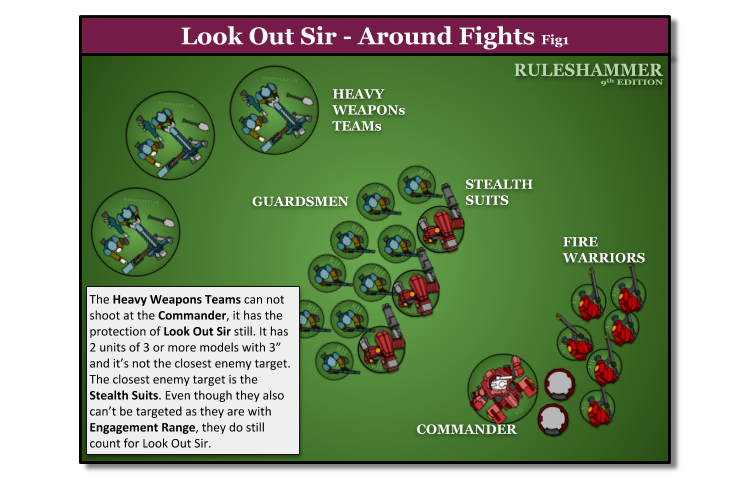 Whilst we’re discussing it lets also look at how Look Out Sir works when Characters are within Engagement Range and the unit can still shoot. 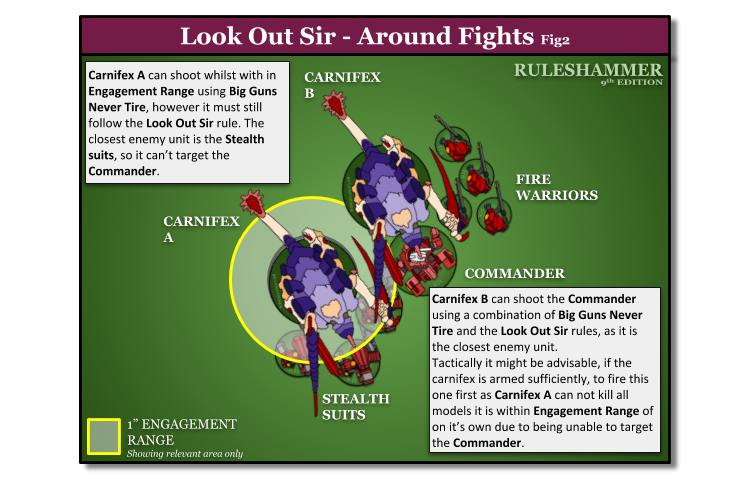 Does a unit embark on any of the tidewall will gain the custom tenet “sophisticated command network ” bonus? What happen if the custom tenet is apply only on the fortifications network detachment and the unit embarked have a different tenet? Thanks you for sharing your insights – Seb PJ

There’s a few things to explain here. First of all as a Fortification the Shield Wall can not actually gain a Sept Tenet ability.

However if it could then no, the units embarked would not benefit from Sophisticated Command Nets.

When resolving an attack made by a VEHICLE model with this tenet against a unit that has one or more markerlight counters, re-roll a wound roll of 1.

Even using the fix I proposed last week, this ability only affects attacks made by Vehicles, and the units embarked are not Vehicles.

For the second half of your question though, there’s a ongoing issue regarding how abilities on a units Datasheet work with Open Topped. Using my suggest fix above, there would be no issues with this and units embarked can use their Sept Tenet abilities as they would if disembarked. Without that fix though this isn’t currently clear, as there’s no clarification in the rules as written about abilities and open topped. Currently there is just the general rule for Transports that says abilities don’t affect embarked units. So unfortunately for the mean time this issue requires some pregame discussion.