Tale of 3 Warlords: Campaign for the Northern Wastes [Age of Sigmar] 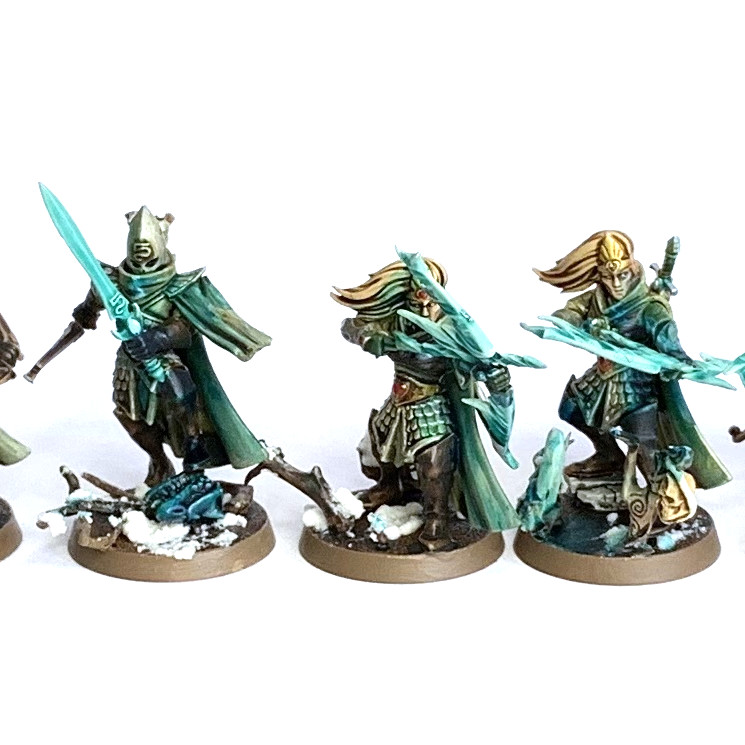 About Path to Glory

If you’ve seen my post showcasing my 250 Renown Wanderers/Sylvaneth Warband for an upcoming game of Age of Sigmar, you’ll remember I mentioned I’d do a quick write up on how I painted them using mostly Contrast paints to get them battle ready quickly. This post will contain that step-by-step further down, but it’s also going to be one of those Tales of x Warlords type posts because the Skirmish game has changed into a Path to Glory Campaign.

For those not fluent in Sigmar (me neither don’t worry), Path to Glory (PtG) sits somewhere between Skirmish and full-fat Age of Sigmar (henceforth known as AoS) where you pick a warlord in a similar manner to Skirmish, but instead of then picking individual members of the warband, you pick units. The warlord you pick determines how many “rolls” or “choices” of units you get from that faction’s tables, for example picking a Sylvaneth Treelord Ancient lets you start with 2 units, where as if you pick a Branchwraith as your warlord you get 4.

The units are chosen or rolled for on two separate tables: Followers and Elite followers. Rolling or choosing a unit from the Elite table costs the same as 2 rolls from the regular one. After each battle you have the option of rolling for more units or upgrading units with rewards so that in the next game your army will grow, eventually reaching the size of a full fat AoS force.

Enough of the Sigmarsplaining though, let’s talk about some trees!

The tricky part from my perspective is that Wanderers don’t have any Path to Glory tables or rules, and I’m also running a mixed Wanderers and Sylvaneth hybrid army so I’ll need to tweak the tables (I have permission from my opponents on this so it’s cool and good(tm)).

Hobby wise expanding my Skirmish Warband for Path to Glory is quite simple, in that I just need to pad out the 2-3 units that are at half-strength. This doubling the Dryads to 10, and making 2 more each of the Shadow Warriors* and Sisters of the Watch*.

* Both of these units are technically illegal as they need to be in units of 10 in AoS, but by halving them they work out at 80pts for 5 which is the same as most entries on the followers tables for other armies.

I also plan on painting up the first set of reinforcements, some Kurnoth Hunters with Greatbows, because they look great and will provide even more range for my shooty guys.

I mocked up a Path to Glory form for the Warband (hence forth known as The Guardians of the WInter Glade).

The Champion and Follower Rewards are straight from the Sylvaneth tables because there’s no physical need to represent them on the models, and I’m hoping the incoming Cities of Sigmar battletome will let me use what I end up with as a legal force. 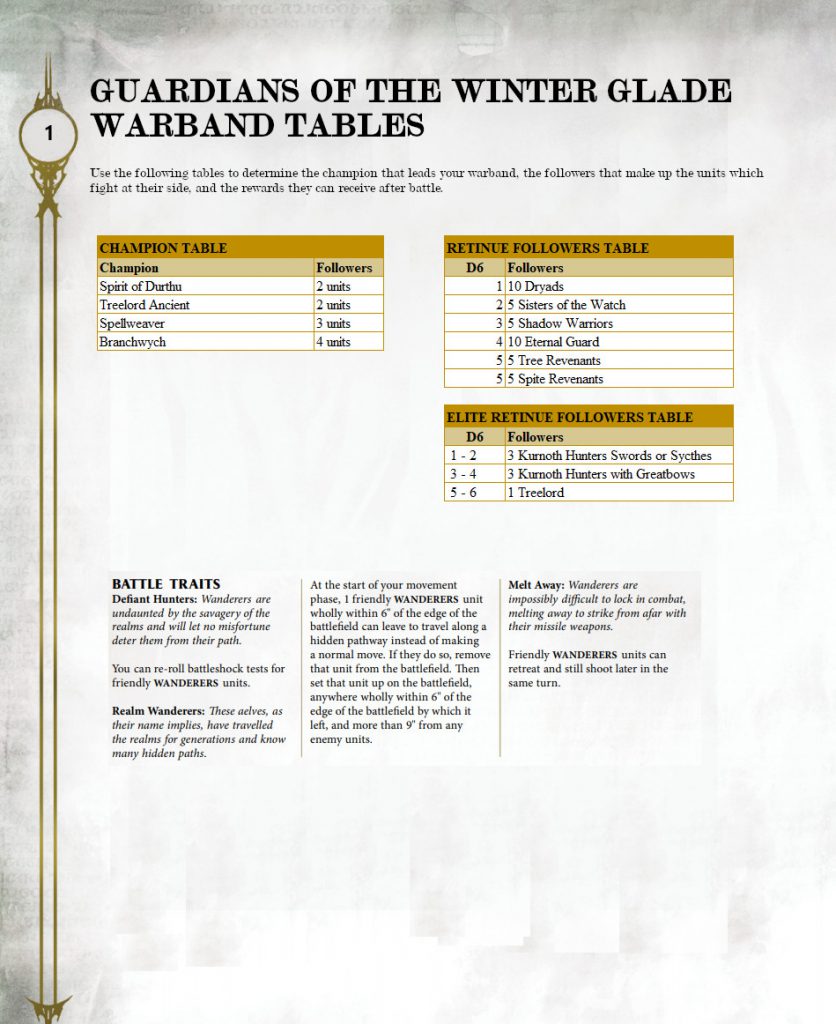 The Champion is a Spellweaver (from the Wanderers list) which is modeled on a converted Tidecaster. In AoS the Spellweaver costs the same as the Sylvaneth champion it replaced in the table so I used the same number of followers (3).

The 3 Units I picked are 10 Dryads, 5 Sisters of the Watch and 5 Shadow Warriors*

* Shadow Warriors are Swifthawk Agents and are a holdover from the Skirmish Warband in AoS. The 10 together will count as a full unit of Sisters of the watch as they’re painted in complementary themes, and both are armed with bows and swords.

The full starting Warband is as below.

I’ve also painted up 3 Kurnoth Hunters with Greatbows (on the right) as they’ll most likely be my next unit to call into play, if not they’ll certainly see use in full blown Age of Sigmar. 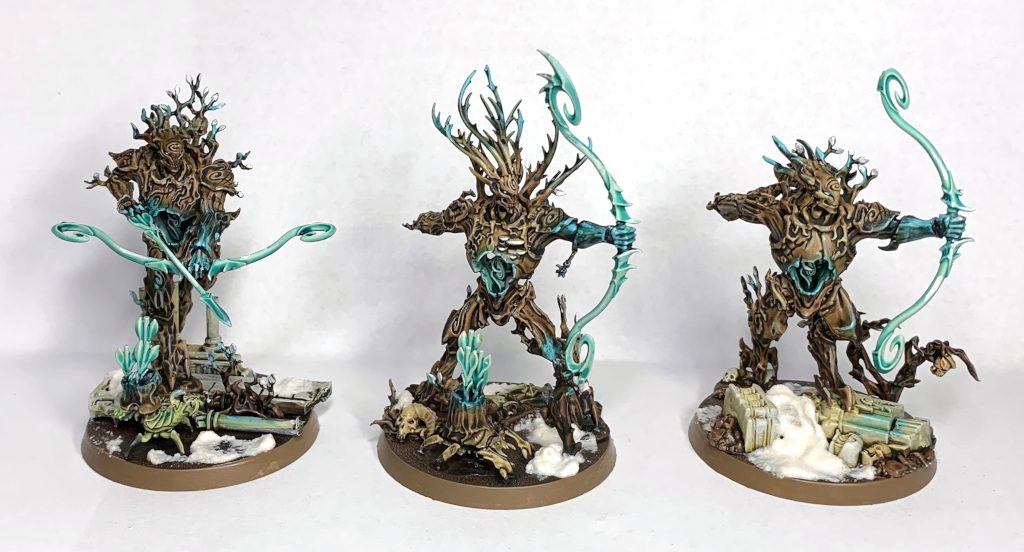 They’re painted in the same scheme as the dryads but with the blow glowing weapons of the Aelves to tie them together.

For more beer suggestions head over to my Beer and Bristles painting guides.