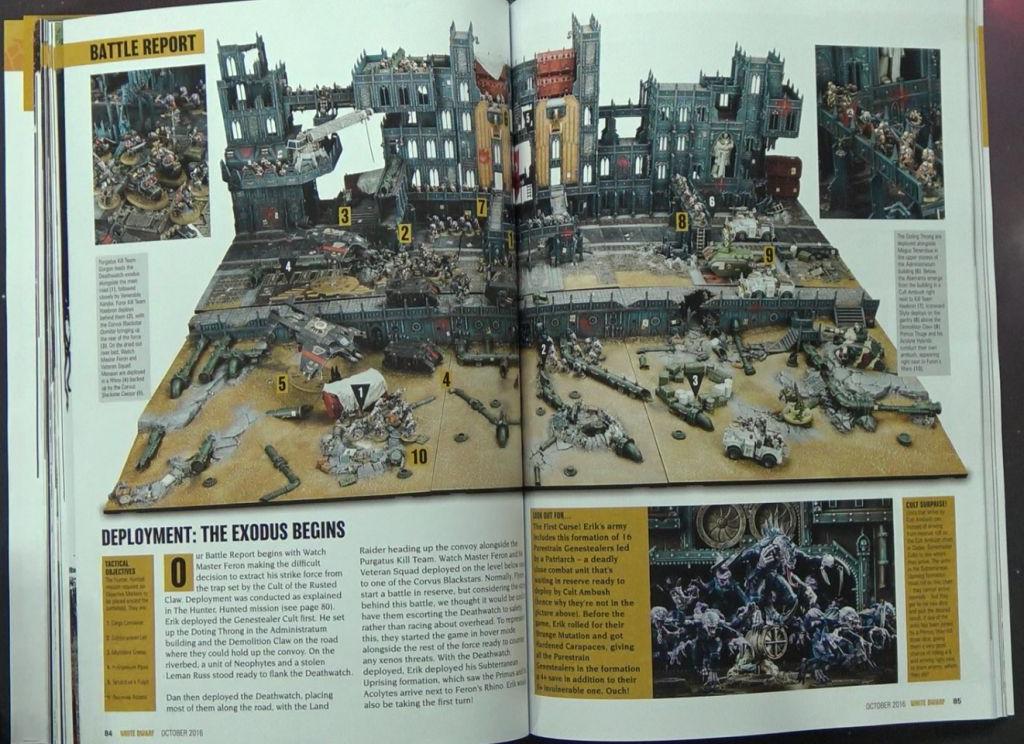 Battle reports are great. They’re a great way to talk about the game we love, show off cool models, and discuss the kinds of cool moments that drive us to play. At their best, battle reports tell a great story and help us learn how to be better players. They get us excited about the possibilities for new games, and get us thinking about new ways to play. So why are so many of them so boring?

NOTE: I’m not trying to call anyone out here. I love all of my Goonhammer co-authors, and I love your battle reports. I’m just addressing something that people have asked about before.

Let’s go through these.

Who is my audience?

Who’s going to be reading your battle report? Strangers on the internet? Close friends? Other players in your campaign group? Different details will matter more or less depending on who is reading the final report. Though generally speaking, if your report isn’t interesting to strangers, it probably won’t be interesting to your friends, either. This is also when you should think about the experience level of your audience. Are you writing for beginners or experienced players? If you’re writing for an audience that plays regularly, you can probably assume (or get away with assuming) at least an intermediate level audience who plays the game, but doesn’t really play in tournaments.

What is the purpose of this battle report?

Why are you writing a battle report in the first place? Generally, battle reports need to do one or both of the following: Inform, and entertain. Ideally, your report will do both, but that need not be the case: If your game was a casual affair between friends with no real strategy, then your report needs to be entertaining, laced with humor and good storytelling and pictures of pretty models. On the other hand if your games weren’t particularly entertaining, then the report needs to be informative, giving the reader new insight into how to play. If your report is neither, then it shouldn’t have been written in the first place.

Another thing to think about in this vein is “what do I want someone to take away from my report?” Are you showing off a new game type? relaying key events in a campaign game? Talking about your tournament experience? Whatever you want the reader to take away from your report, make sure you address that first and foremost, and understand that everything else is extraneous.

What was interesting about the game?

If you just start your reports thinking about (and answering) those questions, you’ll be well on your way to writing better reports. But to give you some additional help, here’s my step-by-step process for writing a battle report.

Some Good Battle Reports on Goonhammer

That Time my Night Lords Got Shithoused by Campbell’s Ultramarines