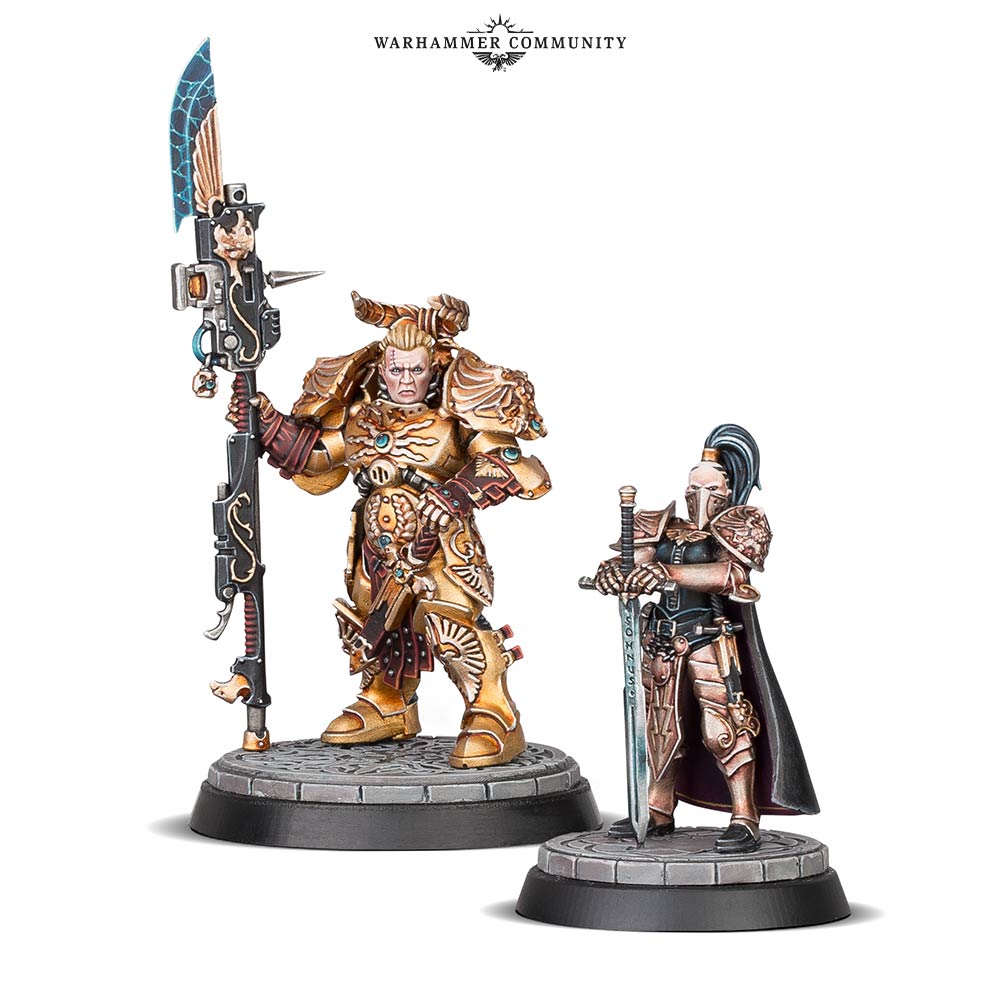 It’s a day chock-full of Hot Takes! And I know what you’re thinking — “When will they get to the important updates that matter?” WELL GOOD NEWS, the Hot Take you’ve been waiting for is here!

GW released two characters from Chris Wright’s excellent Watchers of the Throne series on Saturday. Immediately following, someone predictably leaked the rules on the internet so we’re going to talk about them.

Let’s dive in and see what we are dealing with here, starting with the books the two are drawn from.

A: An Adeptus Custodes shield captain
B: A total dreamboat that made me finally get the hype around The Twilight books. Seriously, god damn. There is a reason why I write this gent’s name as -~Valerian~- in the Goonhammer discord.

(Editor’s note: Coda asked me to note here that he is straight, presumably so that all of his many lady fans on the internet are not devastated at learning about his crush on Valerian)

As for Aleya, her POV chapters are some of the best 40k writing I’ve read. Seriously I can not undersell how well Chris Wraight puts forward her demeanor and frustrations with the wider galaxy and her interactions with -~Valerian~- are sublime to read/hear. If you haven’t read Watchers of the Throne: The Emperor’s Legion, close this tab and read it now. Or better yet, listen to the excellent audiobook.

There is also Chancellor of the Imperial Council, Tieron, the self described ‘gatekeeper’ to the 12 High Lords of Terra. His story is a little off beat for a Black Library character and like Cheeda in Rites of Passage it’s a solely needed and fun perspective into the 40k universe. Tieron is a great character and I can’t wait to see how his protege Jek’s POV evolves in the sequel.

All three of these POV characters are superbly written and I genuinely believe Watchers to be Wright’s strongest BL book. The audio, which is how I initially consumed it, is similarly superbly acted by 3 voice actors who completely nail their characters, making it my recommended way of digesting Wright’s novel. 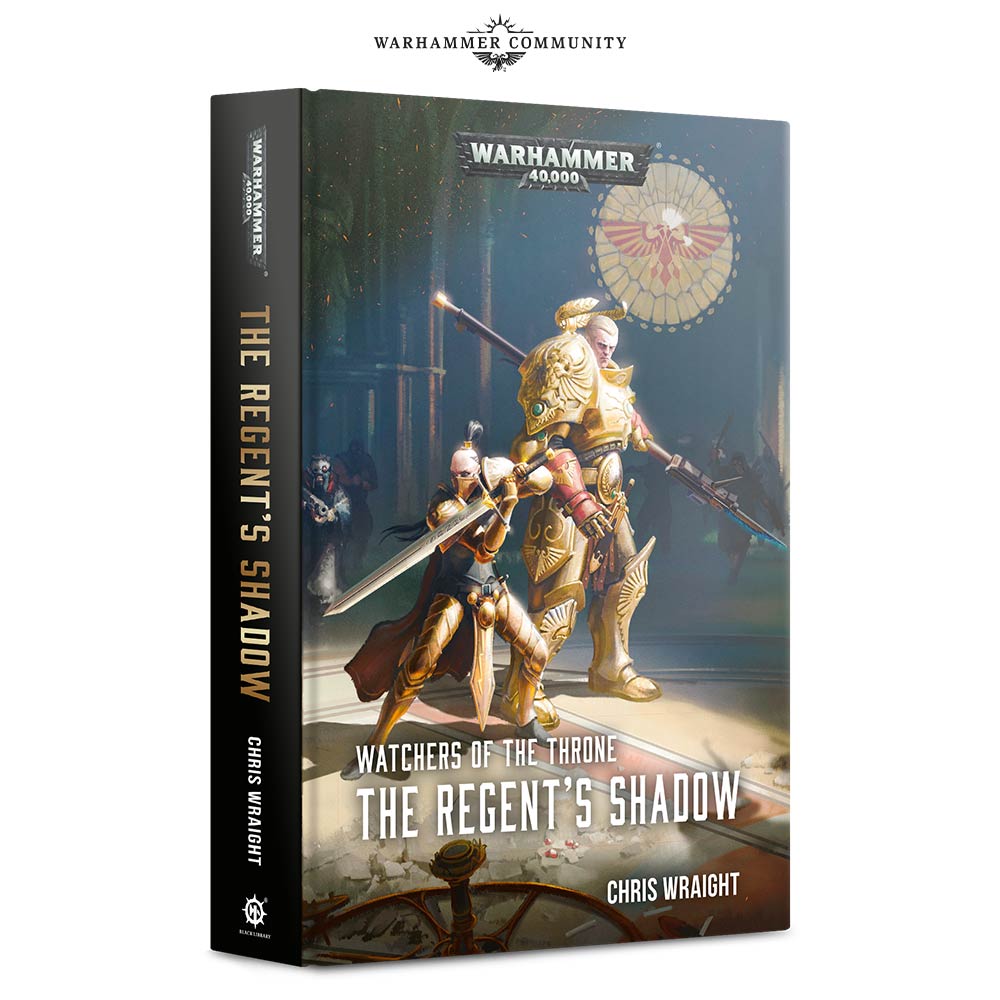 Which leads me to the sequel for said book, The Regent’s Shadow. Annoyingly I can’t tell you if and when an Audio or Ebook edition is coming, which sucks as I really want to hear the VA cast tackle these protagonists again. On a selfish note, I really want be able to read/listen to this book on my way to Adepticon and I don’t particularly want to lug a hardcover across the Pacific Ocean and back.

Personal gripes with Black Library’s release method aside, the hardcover version book comes out on Saturday and the mini release cleverly ties into that. However what isn’t so clever is the datasheet included in the box that leaked today.

I’ll get to the nitty gritty.

We aren’t going to post them here, but you can find the rules online with a minimal amount of sleuthing. You can also find the GW preview on WarCom here. The rules themselves are not so hot and contain a lot of errors, to the point I would bet they went out the door in a very rushed “this must be done COB Friday” manner. They tend to follow the mold of erring on the side of caution, which is fine but leaves them feeling not particularly exciting. Let me break it down a bit:

Where do I start.

To sum it all up, once they are (presumably) FAQ’ed I’m sure they will give more narrative focused players something fun to use. In the meanwhile you can at least use Valerian as a cool shield captain model in your Custodes army and use the Victor of the Blood Games Stratagem to replicate his re-rolls ability.

UPDATE: Warhammer-Community has already commented on this in their article today, and we are ecstatic to see it:

Huzzah! What this release really highlights is that the Sisters of Silence need a range expansion and totally should be integrated into the Custodes dex. Hell, call it Codex: Talons of the Emperor and run with it. Hopefully the note above portends this, in either the rumoured new ‘dex or whatever Psychic Awakening update is yet to come…

That wraps up our HOT TAKE THURSDAY. As always if you have any questions or feedback, drop us a note in the comments below or email us at contact@goonhammer.com.

40k black library coda custodes Hot Take is cool and good or is he? sisters of silence talons of the emperor Warhammer 40k