How to Paint Everything: Synthwave

In our How to Paint Everything series, we explore different painting styles and techniques, often focused on specific armies but sometimes just trying the technique out for its own sake. This week, we’re looking at Synthwave.

Synthwave (also called outrun, retrowave, or futuresynth) is a genre of electronic music influenced by 1980s film soundtracks and video games. The genre developed from various niche communities on the Internet during the mid 2000s, reaching wider popularity in the early 2010s. In its music and cover artwork, synthwave engages in retrofuturism, emulating 1980s science fiction, action, and horror media, and is sometimes compared to cyberpunk. It expresses nostalgia for 1980s culture, attempting to capture the era’s atmosphere and celebrate it.

But for the purposes of this article it is the accompanying visual style, with strong neon lighting (mostly pink) and dark shadows 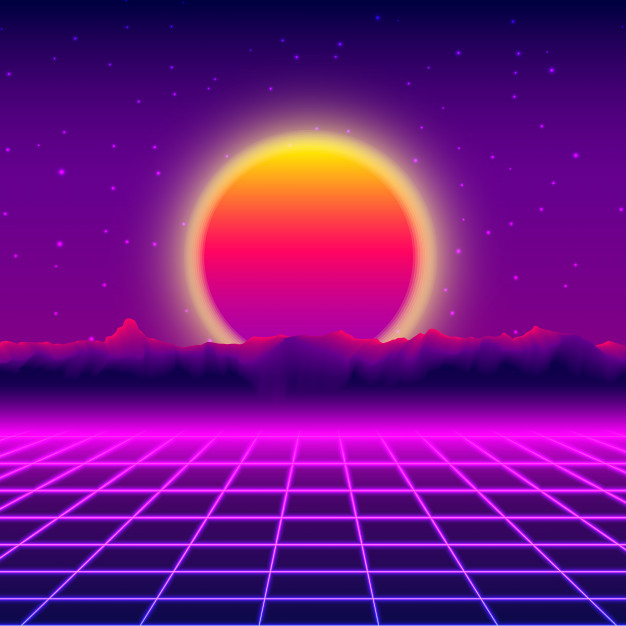 Why choose this for models?

I’ve been wanting to do an army with a strong OSL (Objective Source Lighting) theme for a long time and this seemed like a great way to do it. I had the idea of my army fighting in a neon lit hive city, much like you would see in Bladerunner.

For this article I’ll be painting the Triumph of St Katherine. I assembled the model and primed it black. I wanted to magnetise the individual models so I could remove them as they died, but wanted to get the lighting right with them in place so the piece looked like a complete model rather than individual ones stuck together. I primed the model Chaos Black. 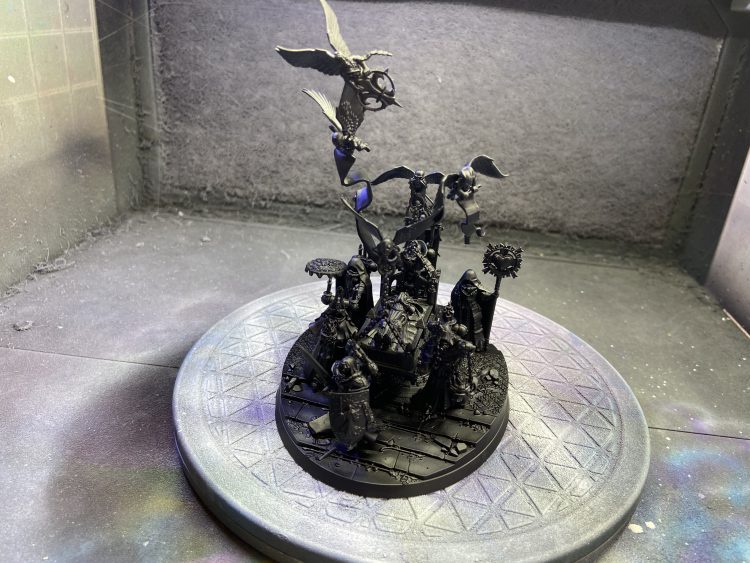 Next I applied a coat of Dark Sea Blue from Vallejo Model Colour through my airbrush. This is a great colour to own as it gives a really good “moonlit” green shade. This gets applied all over the model as it will act as the recess shade. 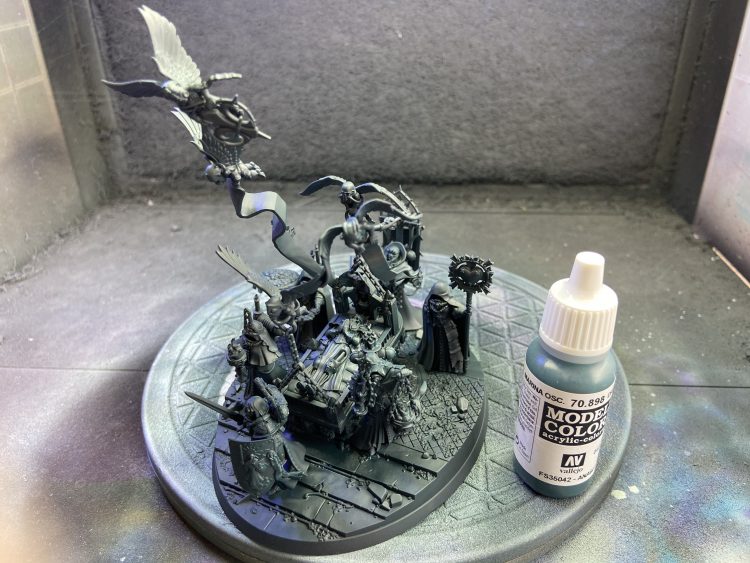 Next, I mix up the Deep Sea Blue with some white and use it to create a zenithal highlight from the right side. This means that the raised edges will get lit by the brighter moonlight but the recesses will still be dark. 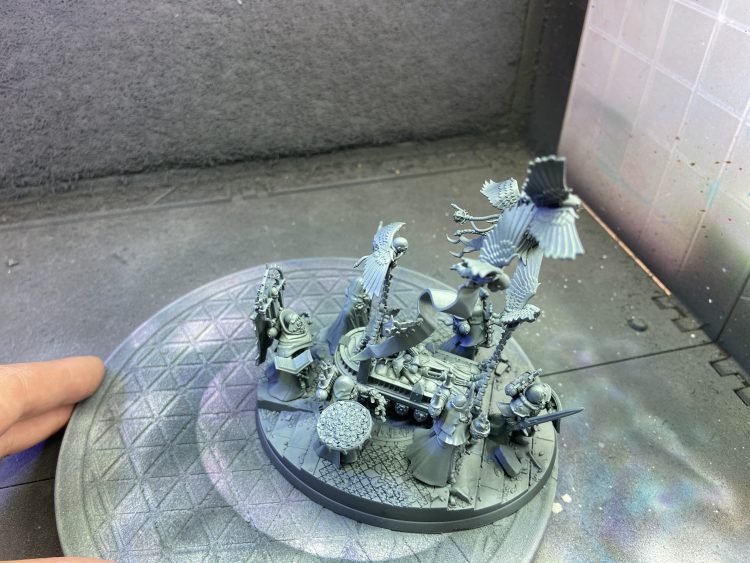 Time to start on the lighting. I sprayed Hexed Lichen from Vallejo at a 45 degree angle from the left side. I mainly want this to hit the top half of the models, not necessarily all the way to their feet. For this model though I followed them down to the base because that needs lighting too. 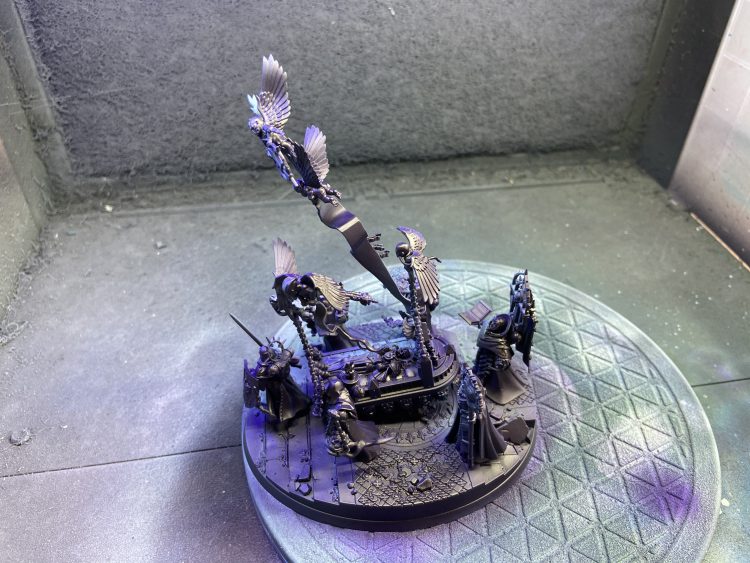 Now comes the pink! I use P3 Murderous Magenta, which is one of my favourite colours. It’s got a really good coverage as all P3 paints do, but thinned for the airbrush I still needed to do two coats. Here I’m looking to hit the purple areas whilst still leaving some in the shadows and blend it all together. 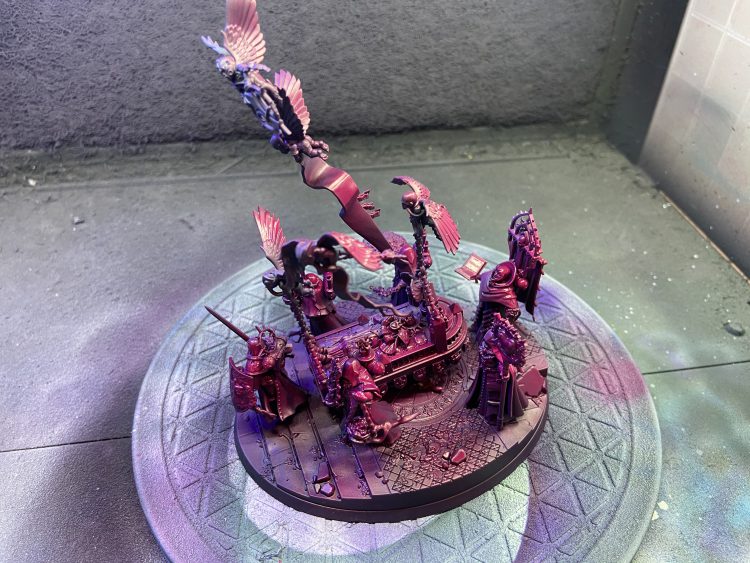 You can see here how some of the purple and pink has spilled across the model. That’s great, it’s the main reason I use an airbrush as you can imagine the airbrush is the light source and it will find all of the bits it should illuminate. 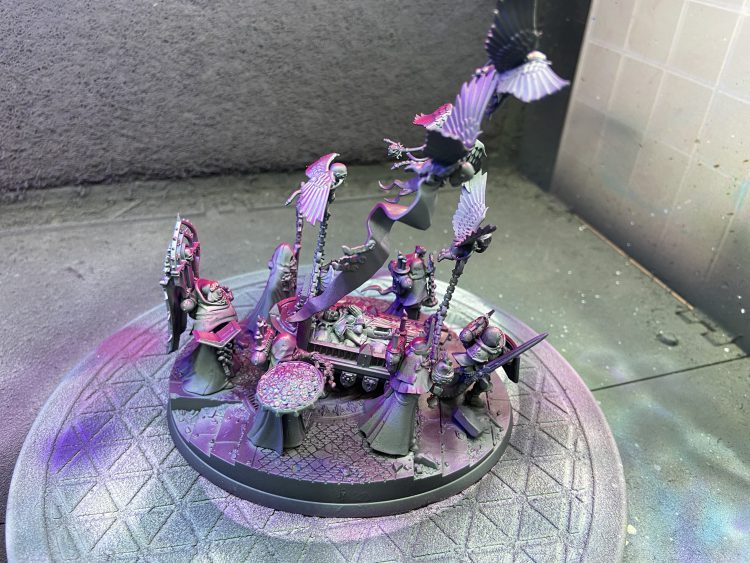 I then took the models off the base and filled in the spots they had obscured whilst painting. 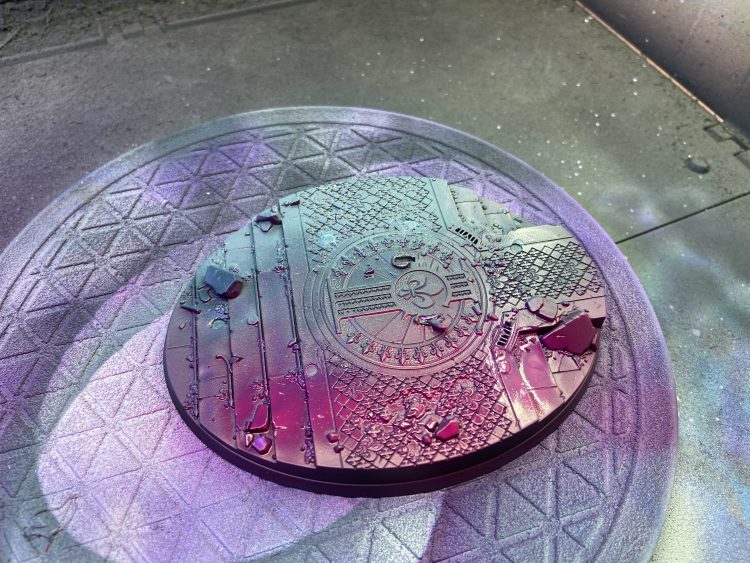 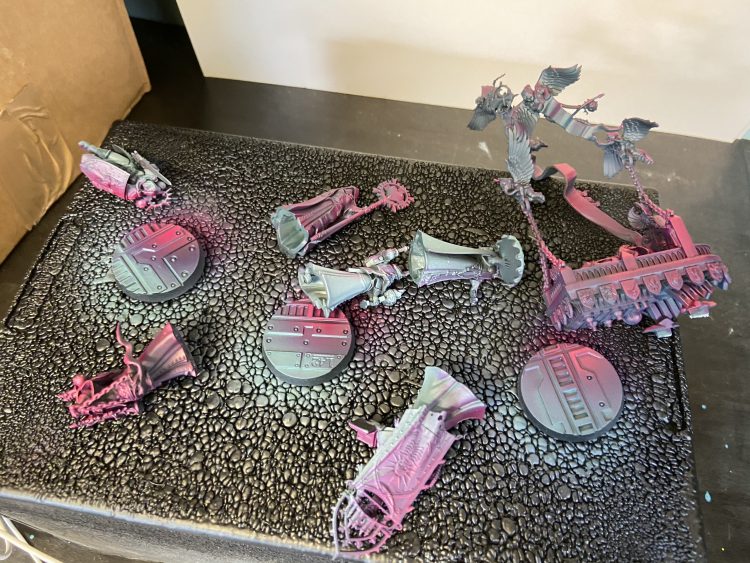 Lastly, it’s the tedious, but most important bit. I take all of the colours used above and mix them on my wet pallette with white to steadily brighten them. I then pick out the areas of the model which I think will look best highlighted (folds of cloth, cheekbones, tops of staffs) and highlight them with increasing blends of pink and blue / green. It’s hard to show as it’s a very organic process but here is the end result. 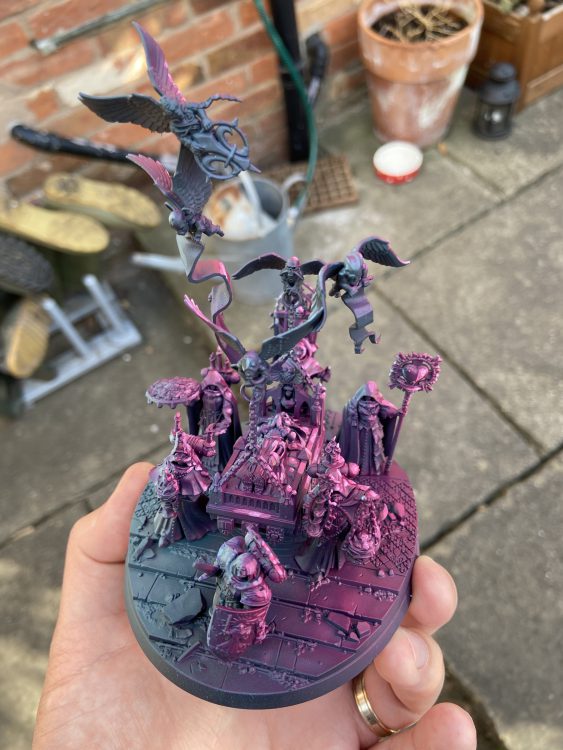 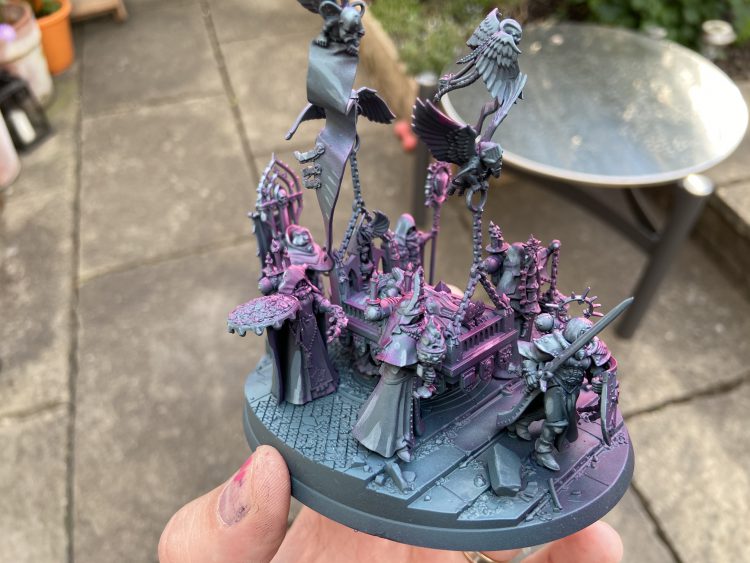 We hope you enjoyed this look at painting Synthwave. It’s not a style for everyone, but in the right hands it can have some really striking results. As always, if you have any questions, feedback, or models of your own to share, feel free to drop a note in the comments below or email us at contact@goonhammer.com.