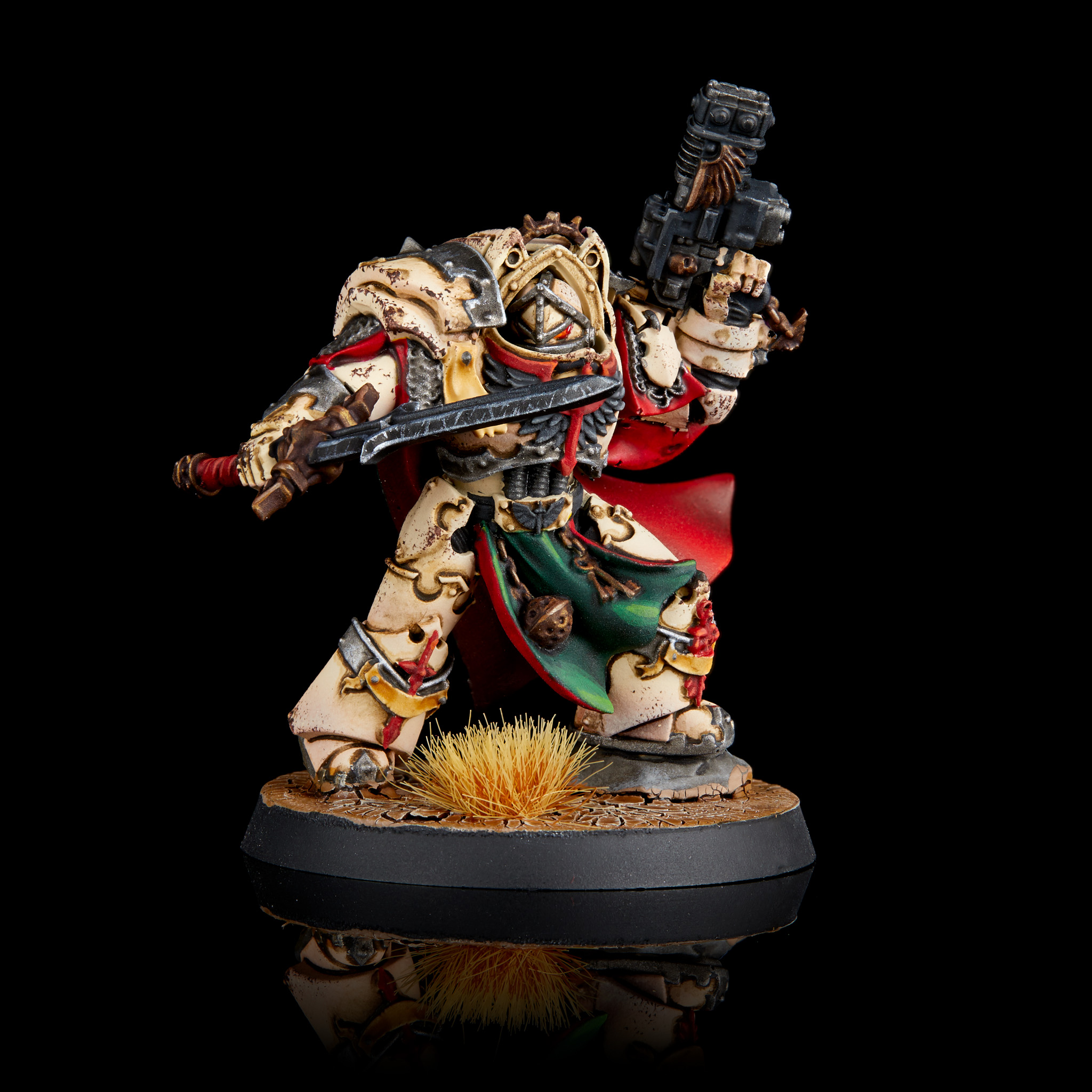 From time to time, we update our old How to Paint Everything articles with new techniques and images. Today we’ve updated How to Paint Everything: Dark Angels, with new painting methods from Jack “BenBooley” Hunter and Greg “ANAmal.net” Chiasson. If you want to check out the full article, you can find it here. Otherwise, if you just want the new stuff, it’s below!

I was incredibly excited when updating this article came up as FW have released two Dark Angel Praetors, one in power armor and one in terminator armor. We’ve pretty well covered painting green up above, so this gave me a perfect excuse to try out painting bone. This isn’t quite a perfectly traditional Deathwing – I’ve painted the inside of cloth bits, and some of the smaller cloth areas in red rather than pure green, and did the chest eagle in black, and instead of gold trim I went with a dark silver for contrast.

Or another, more different, type of black power armor. I have to say, I am not super thrilled to be following that Deathwing model. I’m just going to have to hope you stopped reading after Booley’s part of the post, and get on as best I can here.

Anyway, Fallen are the Dark Angels that aren’t Dark Angels, which I think makes them the darkest of all possible angels. No official models exist, unless you count the obviously photoshopped Veterans kit on Games Workshop’s web store, but it’s easy enough to kitbash any non-Primaris marine kits from either the Space Marines or Chaos Space Marines range. In my case, it was a mix of MK3, MK4, the MK7 Dark Angels Veterans I linked above, some random Primaris bits I had, and a box of Chaos Space Marines, assembled entirely at random with no attention to whether any of it matched (this hilariously led to one model that was, entirely by accident, in a full matched suit of MK3). 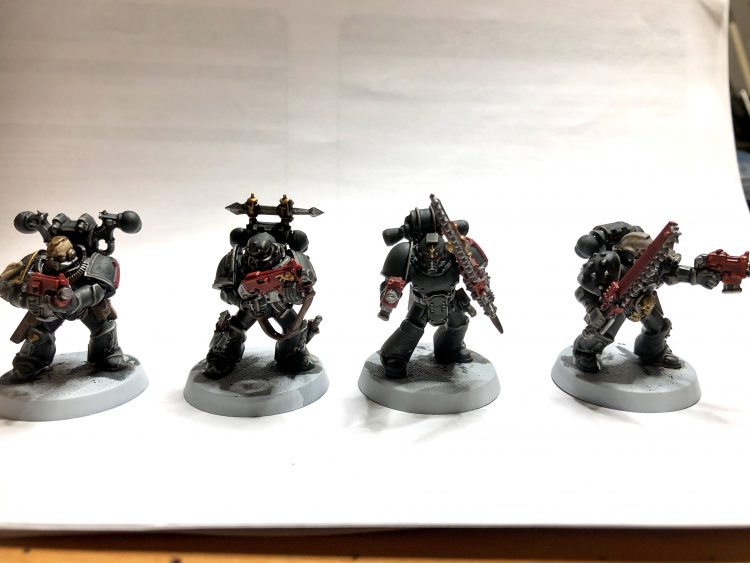 Given that these are 11-point bolter jabronis in a joke army that has almost no rules support, the goal was not to spend too much time on them, but I still wanted to try something different from my usual Ravenwing black armor. I wanted something that looked appropriately grimey and banged-up, because lord knows these goobers have Been Through Some Stuff. In contrast to my normal Dark Angels, where I leave off the pouches and decoration in order to keep the silhouette clean, I also loaded them up with extra gear to reflect the fact that they’re always on the move and probably have to haul their entire kit across the galaxy.

Most of the layers are in the armor:

Everything else is literally two or three layers. Leather is VGC Dark Fleshtone, highlit with VGC Beasty Brown, and washed with Agrax. Metals are just VGC Chainmail Silver washed black, and golds are VGC Glorious Gold washed brown. Most of these colors were picked entirely at random, but they kind of work, so that was nice. 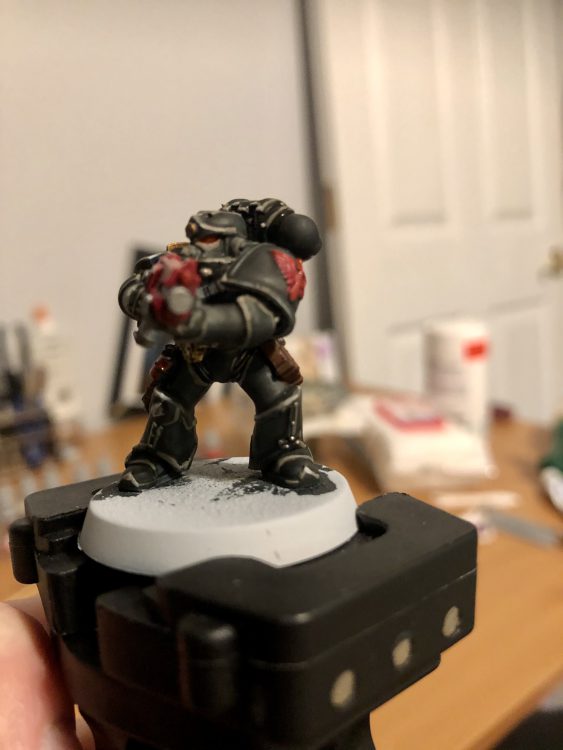