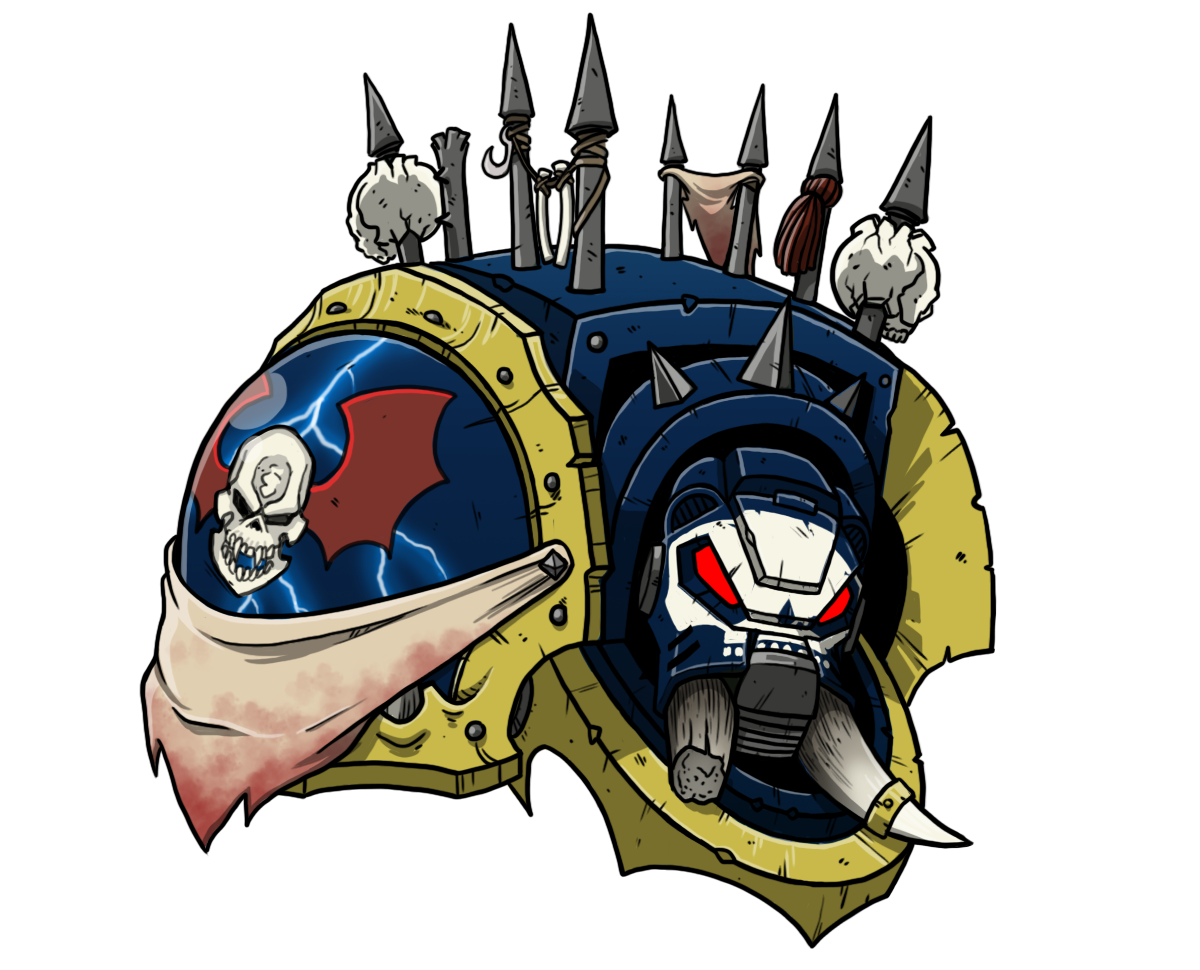 This is a companion article to our larger Start Competing: Chaos Space Marines article. In this article, we’re looking specifically at the Night Lords traitor legion and how to manage their custom rules and strategies.

In 8th edition the Night Lords had been saddled with the second-worst legion trait next to Word Bearers, owing to the fact that in most cases, stacking a few negative modifiers to Leadership meant either one extra model dying or the opponent spending 2 CP to prevent any models from dying or, more often, a marines player just re-rolling the result. But then with Faith and Fury the VIII Legion got an insane boost in the form of Stratagems that give them some of the best Deep Striking options, the ability to turn off enemy auras, and the ability to lock enemy units down in melee, preventing their escape. Then 9th edition hit and we’re slowly finding out that being able to stack multiple negative Ld modifiers is a lot better when it can be used to punish marines and while the Emperor’s Children may be the strongest of the traitor legions, there’s a good case to be made for Night Lords.

Though not quite as strong as the Emperor’s Children, the Night Lords can do a lot of very nasty things with their stratagems and warlord traits, and their legion trait has gotten much better for punishing marines. There’s a lot to like about the legion now and they may be a bit underappreciated. 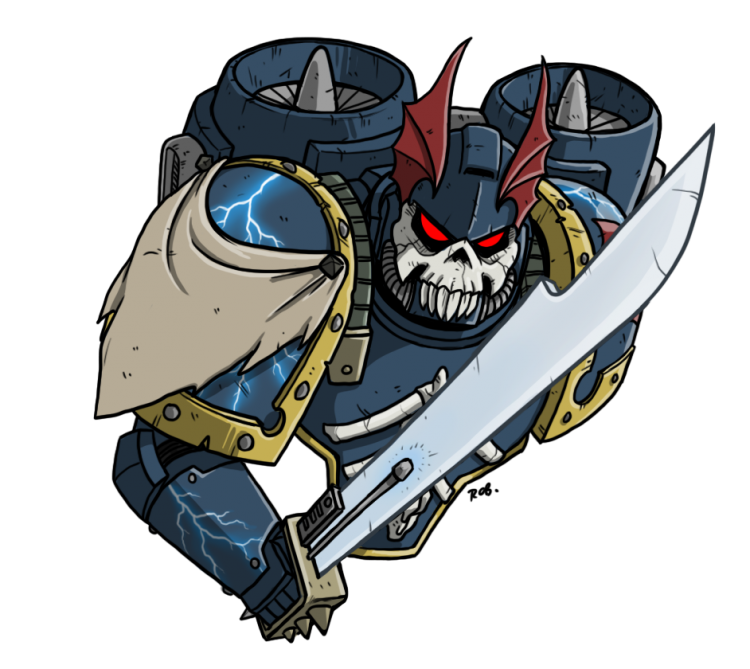 The Night Lords don’t have any bespoke special characters and their legion trait isn’t necessarily the best of the bunch (though it is surprisingly strong in 9th edition), but they have a number of fantastic stratagems that give them some nasty tricks that make them a surprisingly competitive option.

Models in enemy units get -1 Ld while a unit with this ability is within 6″ of their unit, to a maximum of -3. This can stack with some other effects like Raptors’ Fearsome Visage, Haarken’s Aura, and Warlord traits to get up to -5 or -6, but for the most part getting a -3 is enough to ruin most units’ days. This is significantly better in 9th edition than 8th, where now failing morale is much more devastating on smaller units of elite models, CP can’t be used for morale re-rolls, and marines can’t re-roll morale with And They Shall Know No Fear. The net result is that it’s pretty easy to create a situation where killing 2-3 models can cause a unit to fail a morale test and this also helps ensure that units that you whittle down to a single model will be likely to flee unless your opponent spends 2 CP to automatically pass or rolls a 1. You also don’t really get much out of stacking massive modifiers now – the goal is just to force a failure, since failing by more won’t kill more models. The other big value of this is that it ensures that the Prey on the Weak Stratagem will almost always be active in the Fight phase, since you’ll be giving any units you fight Ld debuffs, giving you the higher Ld value required for the +1 to hit bonus. B

The Night Lords Warlord Traits are mostly middling, with the best probably being One Piece At a Time or Night Haunter’s Curse for how they compliment a Warlord who is with another unit. The rest are either not doing enough or are too situational to be very useful. In most armies, you aren’t going to run monofaction Night Lords; they’ll be a detachment that likely doesn’t contain your warlord. 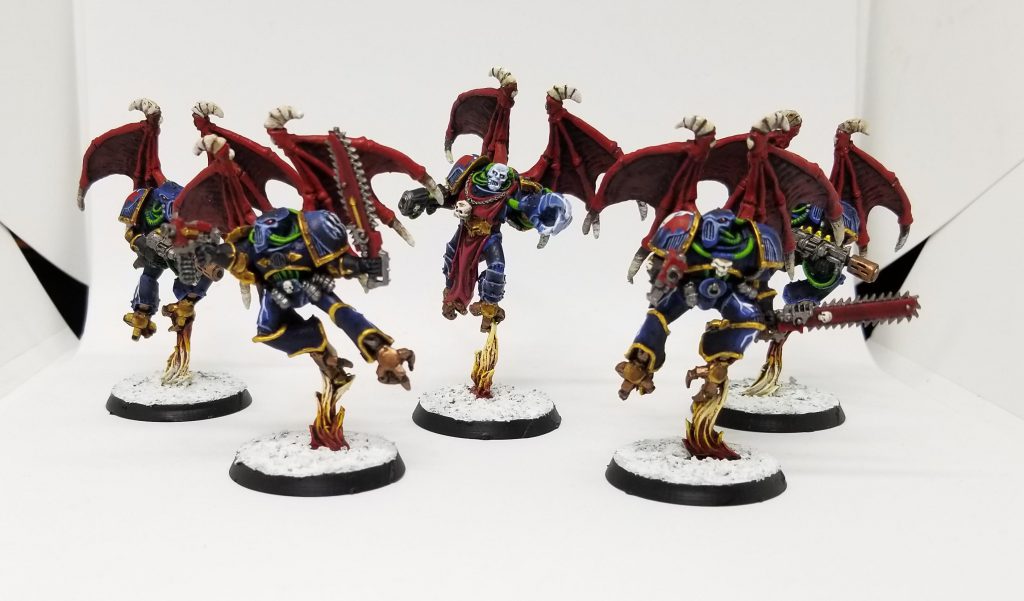 Thanks to Faith and Fury, the Night Lords have an incredible set of stratagems to work with. Almost every one of them is going to be regularly useful, and a couple of them are fully good enough to be worth building around. Pound-for-pound, these are some of the best stratagems that any subfaction gets access to, and they’re good enough to make Night Lords worth consideration.

The Night Lords have some interesting relics — The Vox Daemonicus has a pretty big effect, the Stormbolt Plate and Scourging Chains are both solid, and the rest are all pretty decent. 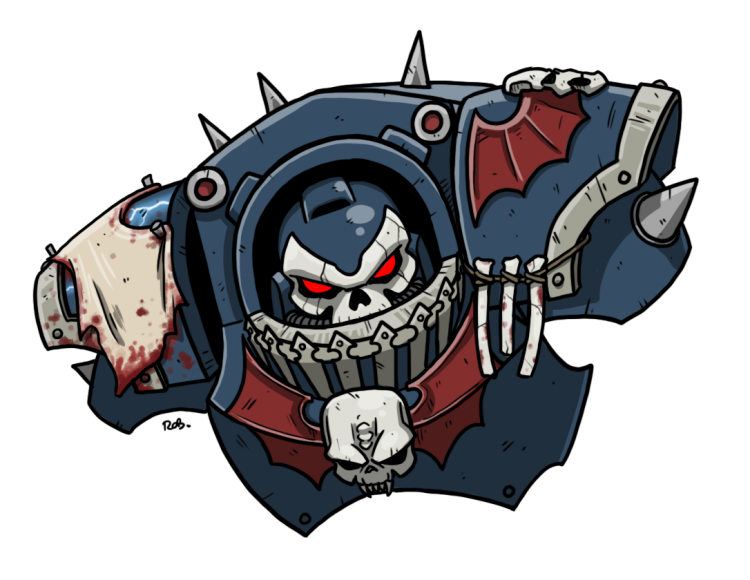 Raptors do their best work in a Night Lords’ army, where they both have access to the Raptor Strike Stratagem and the legion trait to stack with their own Fearsome Visage aura, giving any units within 1″ a -2 to their Ld. This combines very well with Prey on the Weak and gives you a more powerful than expected unit that can reliably charge out of deep strike and wreak havoc on the enemy lines, especially now that they have AP-1 Astartes chainswords. Night Lords also have some good tools to boost jump pack chaos lords and help these guys out, and they can get some boosts from Haarken Worldclaimer, who buffs all Raptors, despite the fact that he’s a Black Legion character (make sure he’s in another detachment so you don’t lose access to Night Lords stratagems). They can trap enemies in combat with We Have Come For You and they’re an amazing target for Hit And Run to Fall Back, open a target up to shooting, and then charge again for the bonus attack. If you’re playing Night Lords, you should be considering a squad of raptors, preferably with the Mark of Khorne and an Icon of Wrath to have the fight twice option and the free charge re-roll. Warp Talons enjoy almost none of these benefits and while lightning claws are stronger, they’re too fragile and you should skip them for now.

Although not much stronger in Night Lords than any other faction, Heldrakes do two things for Night Lords armies:

Kind of a dark horse in the Codex, Mutilators have found a place in 9th edition by virtue of being cheap, durable units able to grab Linebreaker and Engage at All Fronts or Deploy Scramblers. They can double as a melee threat in Night Lords armies thanks to the From the Night Stratagem – deploy them onto a non-difficult terrain feature and them turn your charge into a much easier 7″ attempt.

Berserkers aren’t bad either in Night Lords – they can take an Icon of Khorne, they can use From the Night to help make charges and get a +1 to hit, or use Prey on the Weak for +1 to hit, they can use In Midnight Clad for shooting protection, and their ability to fight twice with AP-1 weapons makes them great at clearing objectives. They can also trap enemy units with We Have Come for You and can Fall Back and charge with Hit and Run. Almost every Night Lords Stratagem works for them.

Building Night Lords means playing around their unique abilities. Most notably, the ability to reliably charge out of deep strike, the ability to turn off auras, and their legion trait’s effects on enemy leadership values. You don’t have to run Raptors in a Night Lords force – they have some neat tricks, but a bunch of AP-1 1W jump infantry aren’t going to light the world on fire, either. Generally, Night Lords armies will do well focusing on melee threats generally, and Berserkers, Bikers (though note these won’t get INFANTRY-locked abilities), Terminators, and Helbrutes all have quite a bit to offer here and Heldrakes are a great accompaniment for what the army wants to do as well. Generally speaking, your army favors speed and melee combat, both being able to win decisively and also trap foes for the long haul and finish units off with morale effects that cause the remaining 1-2 models to flee.

Because you have a lot of great stratagems and you’ll want to Vox Scream multiple turns, it’s important to keep track of your Command Points with Night Lords and have a plan for how you’ll want to use them. While generally you’ll be spending a lot early on to get an advantage over your opponent, you’ll want those expenditures to be part of an overall plan to tie up an enemy and throw them off-balance, forcing them to react to your fast units in their backfield rather than deal with your objective holders. Think about your stratagem game plan before the game starts so you don’t get caught unable to execute on turn 3 when you have no CP left.

Tips and Tricks to Remember

There are a few things you’ll want to remember as you play Night Lords that will help you get the most out of the faction: 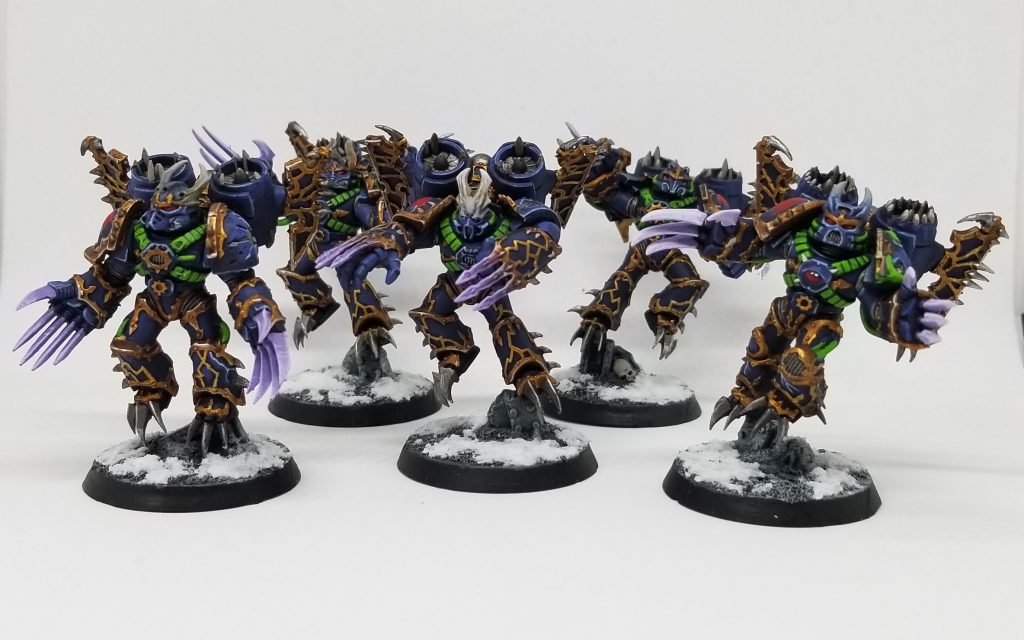 The Night Lords have been tragically underrepresented at the tournament level but that’s something you can change. They’re certainly good enough to succeed at the RTT level.

This list is an evolution of the one I played in my two games in Hear Me Out: Night Lords, focusing on a mobile force with multiple deep strike threats and the ability to score objectives like Linebreaker, Engage on All Fronts, and Deploy Scramblers. With only one psyker, 3 vehicles, and 3 characters, it’s decidedly difficult to pick kill secondaries against, and on the play it can immediately gum up an opponent’s board with the Heldrakes and prevent them from making good movement out of their deployment zone. The Heldrakes will typically zoom across the board and position themselves for a turn 1 Vox Scream and charge, using the fact that they aren’t AIRCRAFT to stop enemy units from moving through their bases. If the Mutilators never get into combat and just help you score linebreaker and deploy a scrambler, that’s fine. They’re only 105 points and their main value is being deep striking infantry who are a pain in the ass to kill.

After a pair of decent games, I further tweaked the list by replacing the Terminators with Bikers, who don’t compete for reserves space and have similar resilience while giving me units that can arrive at midtable faster and pack the same punch shooting, if being a bit lighter on the fighting side (though their astartes chainswords still pack a wallop). That also gave me room for an additional troops choice, which is helpful for extending the number of obsec units the army has to work with. The Chaos Lord with jump pack here can drop with the Raptors and with the right placement use From the Night to help them charge or he can run with the bikes and use his aura to help them shoot, which is the more ideal scenario. Haarken can either support the raptors dropping in, both with his full re-rolls aura and the additional Ld aura – charge him first so you’ll know if he’s dug in or if you have to stretch your raptors to ensure they’re within his aura (and also protecting him with Look Out, Sir.

The list struggles with Infiltrator-heavy lists that can box it out with 12″ no deep strike abilities, particularly if it goes second, so that’s something to keep an eye out for. You’ll almost always want to play aggressively and take the first turn, but you should deploy conservatively since your mobility can make up any lost distance pretty easily. The ideal secondaries for this list are Linebreaker/Engage on All Fronts (depending on how easy it looks to get into an opponent’s deployment zone), Deploy Scramblers, and whatever kill secondary you think is going to score you the most points.

Click here to return to our larger guide on Chaos Space Marines. If you have any questions or feedback, shoot us an email at contact@goonhammer.com.