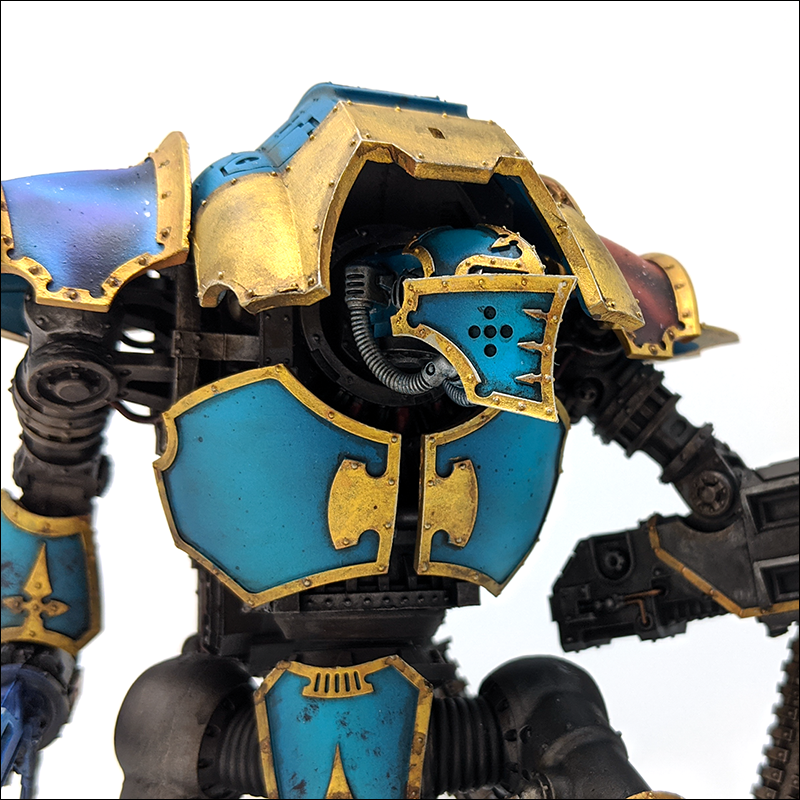 It’s been a year since my 2018 hobby retrospective, which I wrote when Goonhammer was but a small blog for hobby updates and tutorials. This year I’ve made a ton of progress and followed through on my 2018 goal for finishing my Genestealer Cult army and actually started playing 40k with it! Unfortunately my Seraphon army fell by the wayside as my interest in dinosaurs riding dinosaurs was usurped by a cult of alien hybrids and giant alien bugs. Aw well, I’ll still call that a win.

I’ve completed enough models in the Genestealer Cult army to effectively call my first army finished since I was originally aiming for a 1500 points list. As extra icing on the cake I painted enough extra models that I can actually run 2000 points and still have choices when building a list.

A real cool thing that happened while painting my Genestealer Cult was getting my minis on Games Workshop’s webstore, you can spot those on the Broodcoven, Clamavus, and Genestealer Cult Leman Russ store pages. The Patriarch was still work in progress when I got the request so that feels a bit off, but I can’t complain!

This year I also made the smart guy move of starting a second army and starting Chaos Space Marines. The main draw was those gorgeous Obliterators sculpts and the new updated Chaos Space Marines and Terminators. I’ve since learned to appreciate the joy (PAIN) of painting lots and lots of armor trim.

In September I attended the Minnesota local scale model show NordicCon and submitted a few models and managed to come away with two golds and a bronze. That ended up being a lot of fun looking at all the models that people put a lot of work into, and I also came away from the vendors with an old ass weird vinyl Judge Dredd statue kit that I have zero idea what I’m going to do with. Maybe I’ll turn it into some awful terrain.

With that said, here’s a couple of highlights from my 2019 hobby progress: 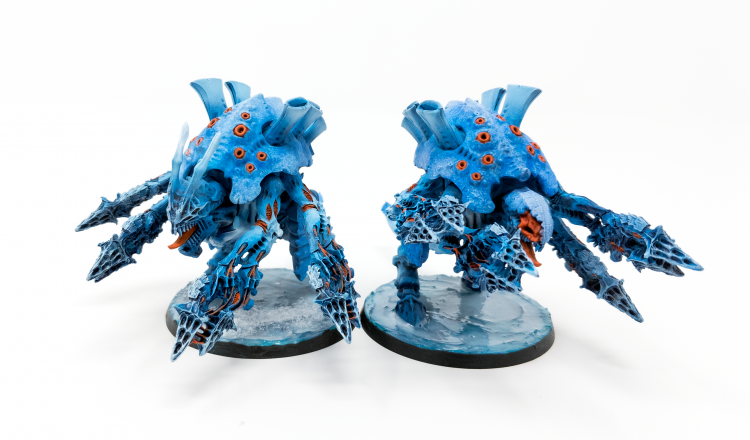 These guys are the reason I started Tyranids! 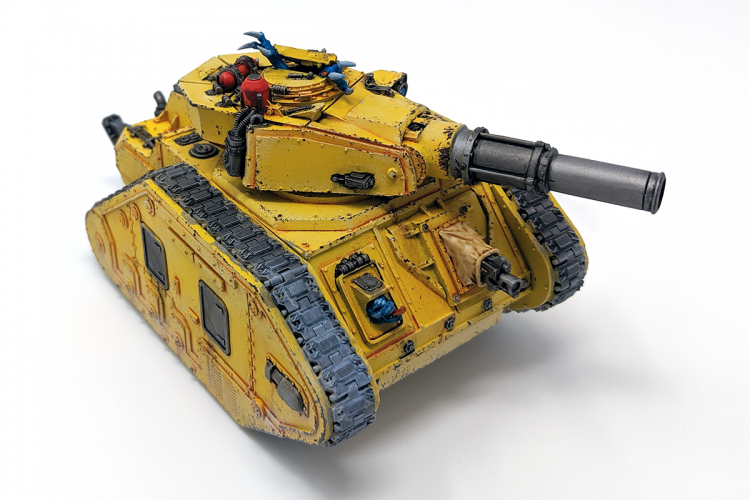 I tried to add a little more Genestealer Cult flair to these tanks outside of the icons. I loved the idea of the tank crew trying to get shit done as the Genestealers are flailing around inside the tank. 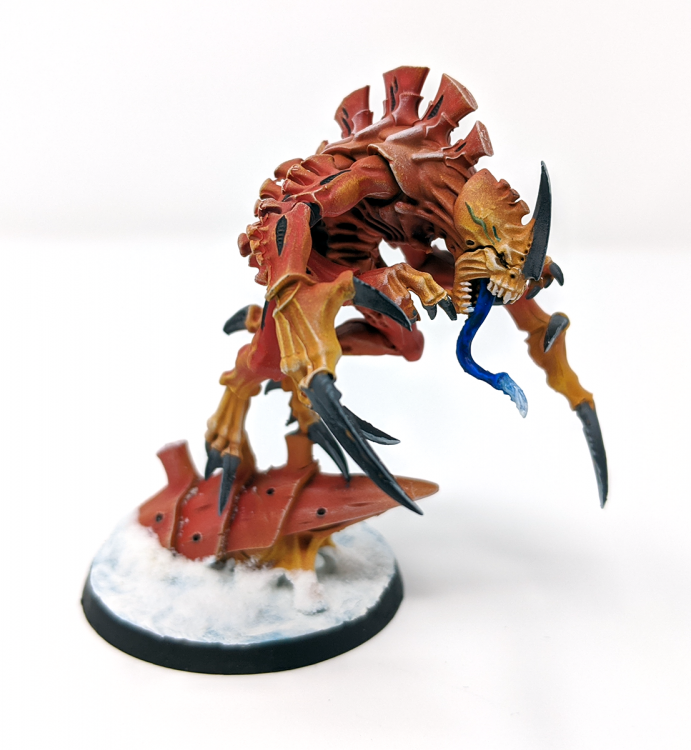 After using this Broodlord, unfinished, a few times as a cheap HQ I figured it was about time it actually got the proper treatment it deserved. Since my Genestealer Cults Patriarch was already done in a blue lobster color scheme I wanted to give the Broodlord a distinct scheme so I went with mimicking a red crab. This will also help distinguish the different ‘strains’ of shooty bugs and bashy bugs in my hive fleet. 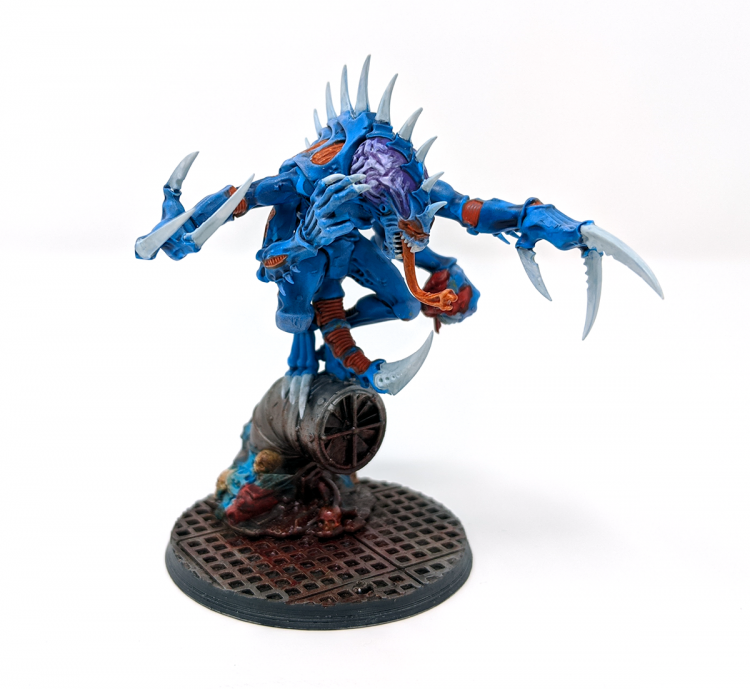 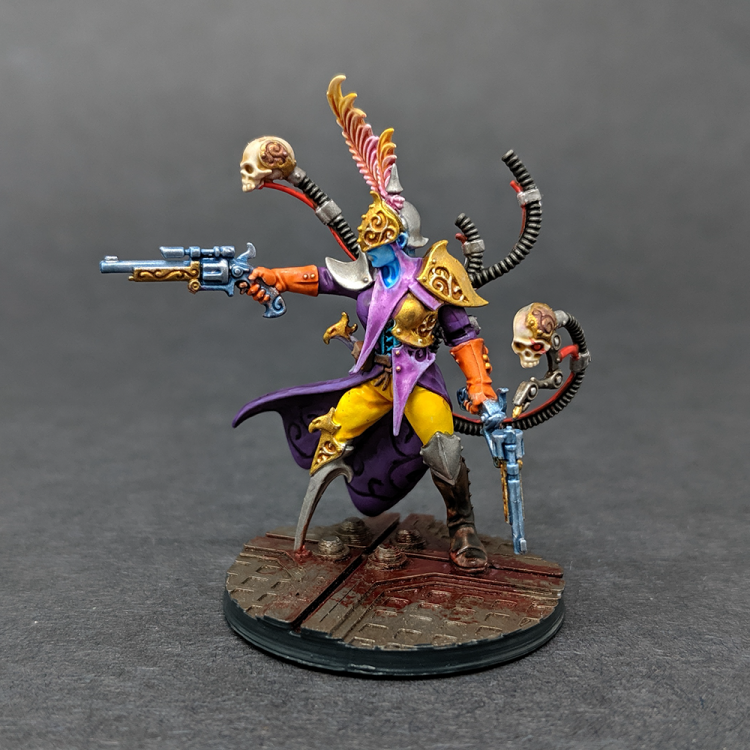 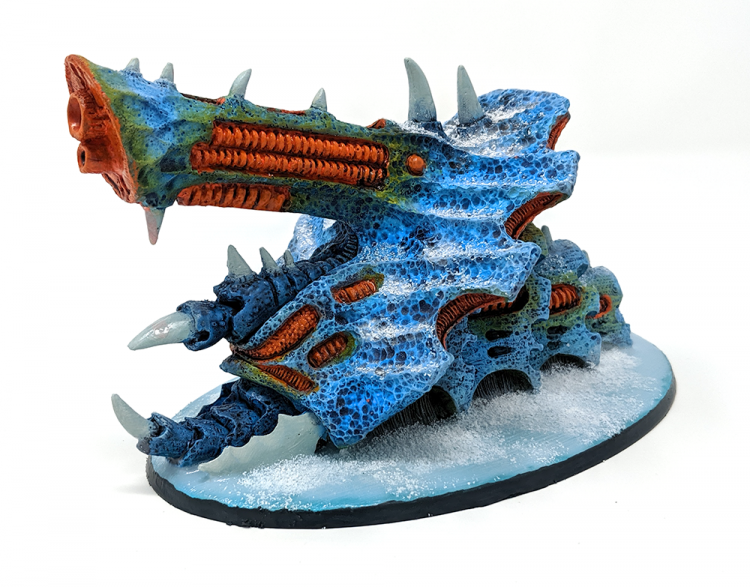 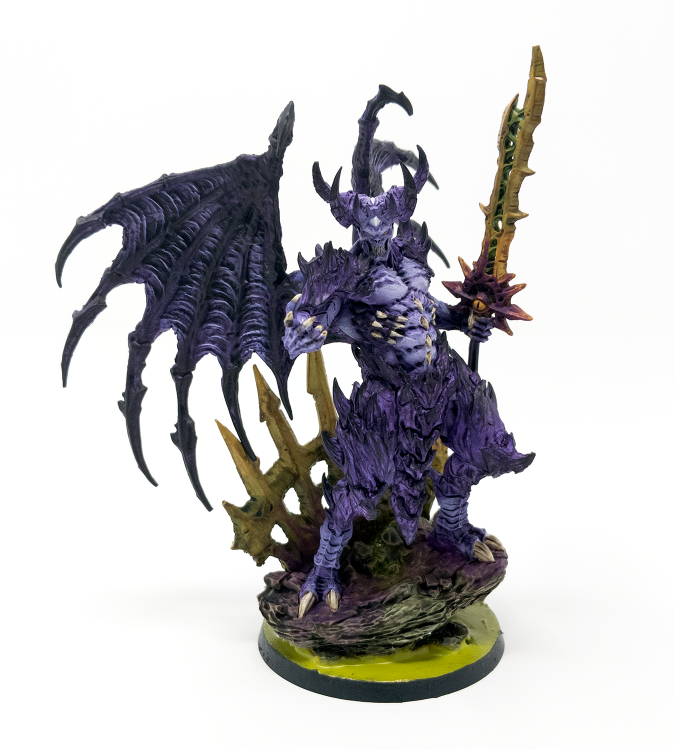 One of the first models I painted for my Chaos Space Marines army, the awesome Lord of Malice from Creature Caster! This was where I started forming the fluff and basing idea for this Slaanesh aligned warband invading a Nurgle infected world. I particularly love how the sword turned out with the prince taking command of a Nurgle plaguesword relic. 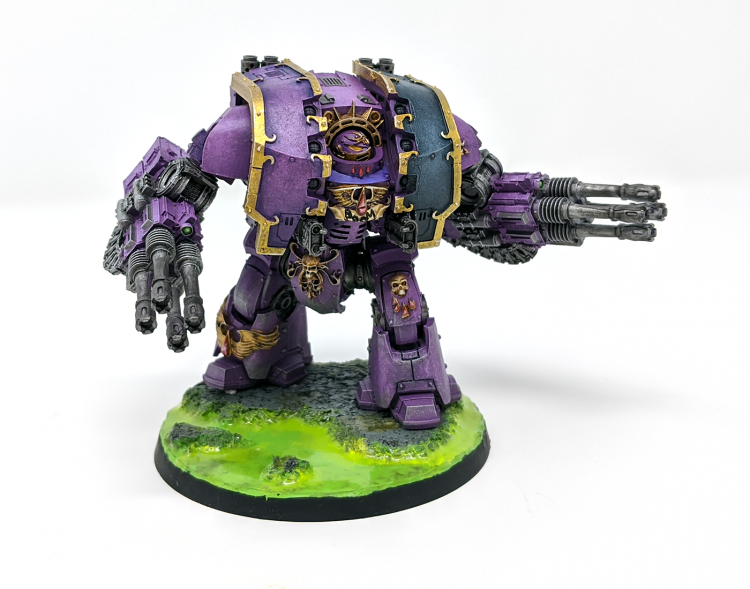 I roughed up the Blood Angels iconography to give the impression this dreadnought had been looted in a scrap with the vampire Marines. Having looked at a bunch of drybrushing from Bohun at the time, I gave it a shot using makeup brushes to stipple on the armor plates.

These ended up taking forever to paint two layers of gold on all the armor trim but damn does it look good. My original test model just had a basecoat of purple and a drybrush highlight which ended up looking a bit lacking on the purple. I tried out using a purple ink mixed with Lahmian and Contrast Medium to give it a wash for some shading and saturation, I loved it so much that it’s now part of the recipe for the army. 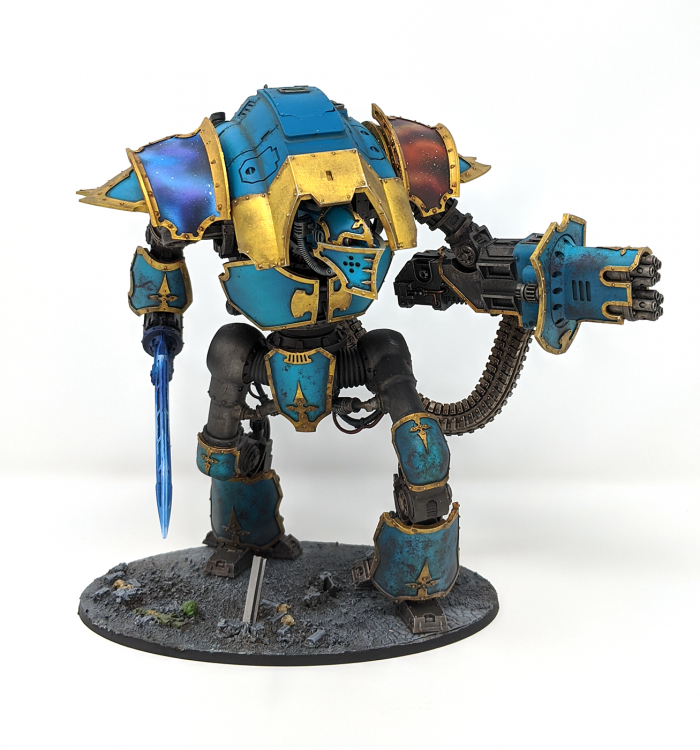 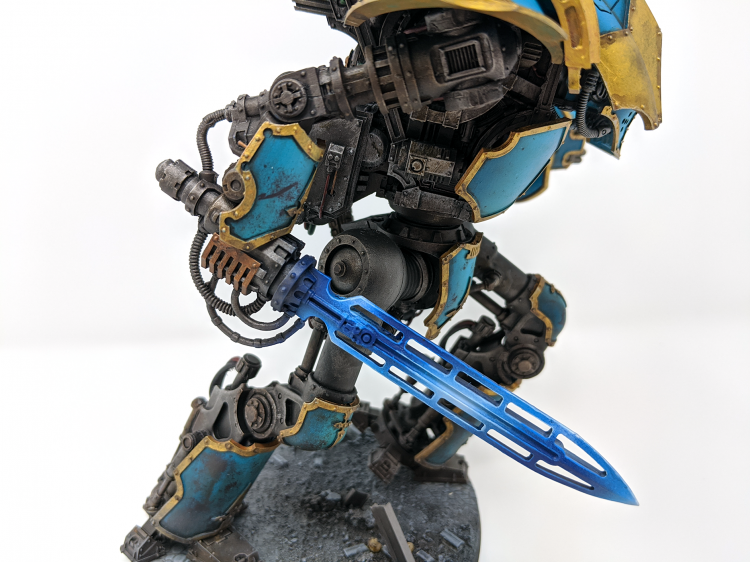 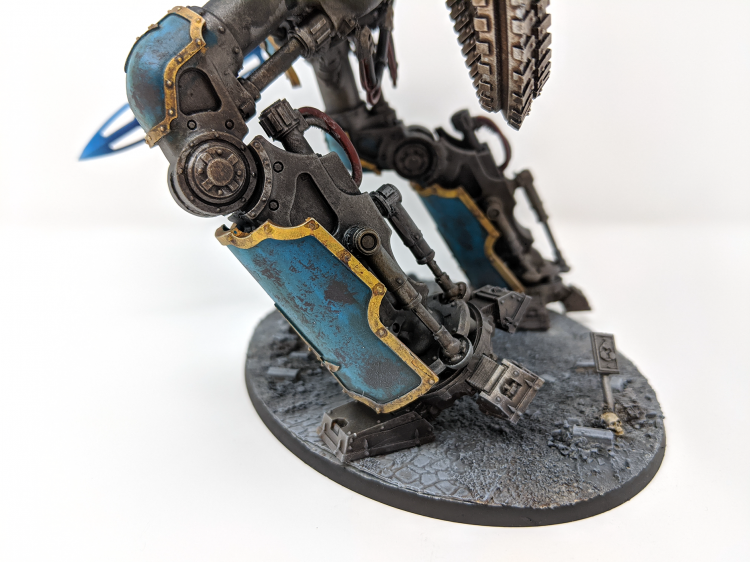 Finally, the last model I’ll likely finish in 2019, the Cerastus Knight-Castigator. I’ve wanted one of these guys since I started painting miniatures way back in the heady days of June 2018. For this model I wanted to make it a bit agnostic for potentially running it as both Chaos and Imperium in the future. I paint way too much of my models as purple so I wanted to at least slightly get out of my comfort zone and try using teal as the primary color. Weathering is becoming one of my favorite hobby painting phases and I had a ton of fun trying to maintain a balance of the lower half being beat to hell from walking through rubble and the upper half being a lot of built up grime from long periods of being out on the battlefield. I’m really looking forward to playing with it on the table next year! 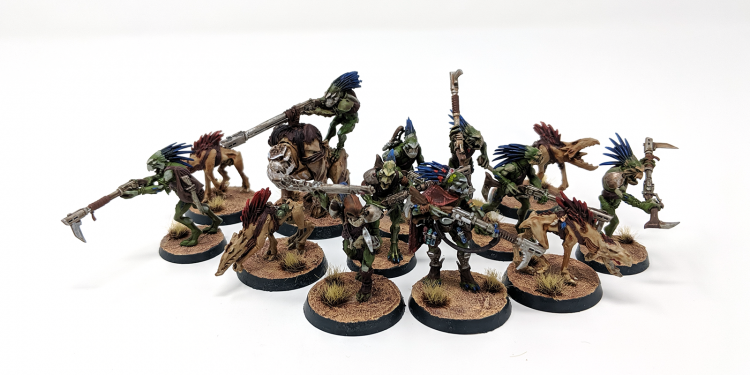 Kroot have been one of my favorite little factions in 40K since my first real exposure to Warhammer playing Warhammer 40K: Dawn of War. There’s something so cool about these bird carnivore mercenaries. Give us the Kroot codex! 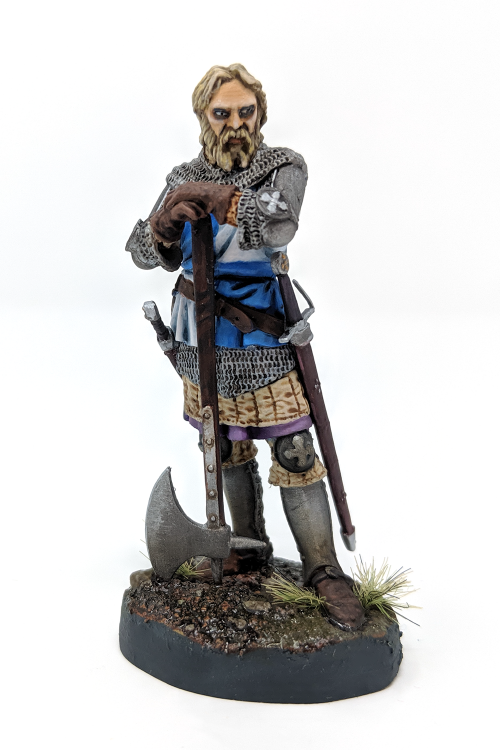 At some point during the year the medieval melee combat video game Mordhau came out and I played the hell out of it. This led me to wanting to put in a significant effort in painting a historical medieval miniature so I pored over all the awesome Pegaso miniatures and picked one that looked approximately similar to a character I’d play in Mordhau. This might be the best miniature I’ve painted thus far. 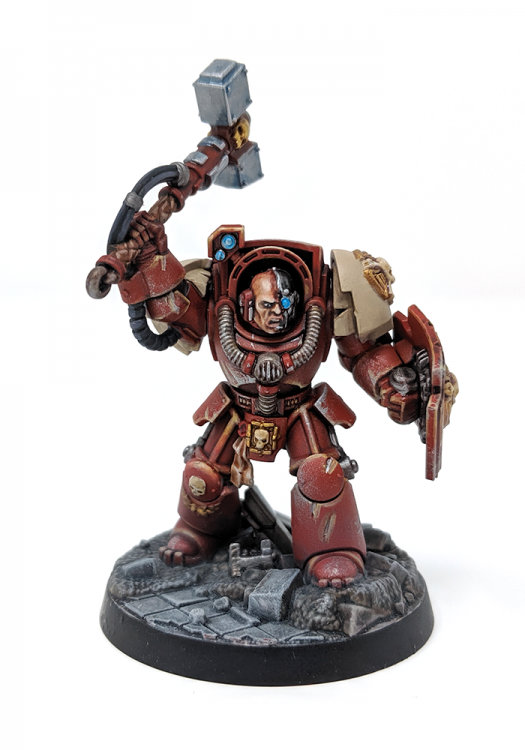 Grabbed one of the Series 2 Heroes boxes on a whim. This one turned out to be one of my favorite models I’ve painted this year! It was fun to paint a ‘good guy’ for once. 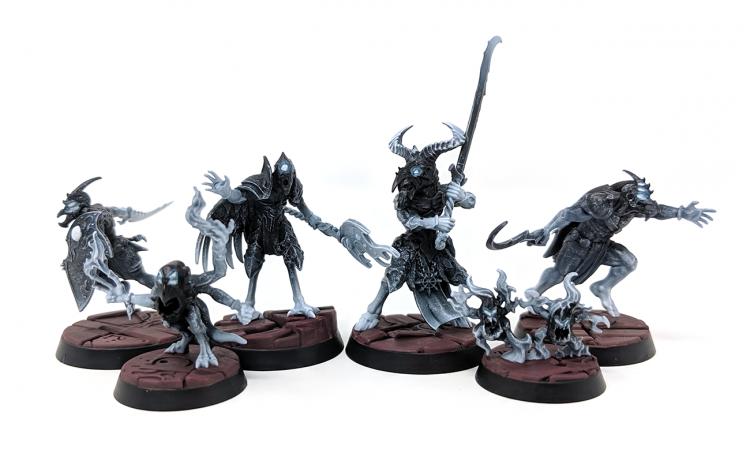 After sitting on these for months figuring out what to do, Destiny 2 released their new expansion Shadowkeep which gave me the spark to attempt to replicate the look of the Taken faction on miniatures. I’m pretty pleased with the results. 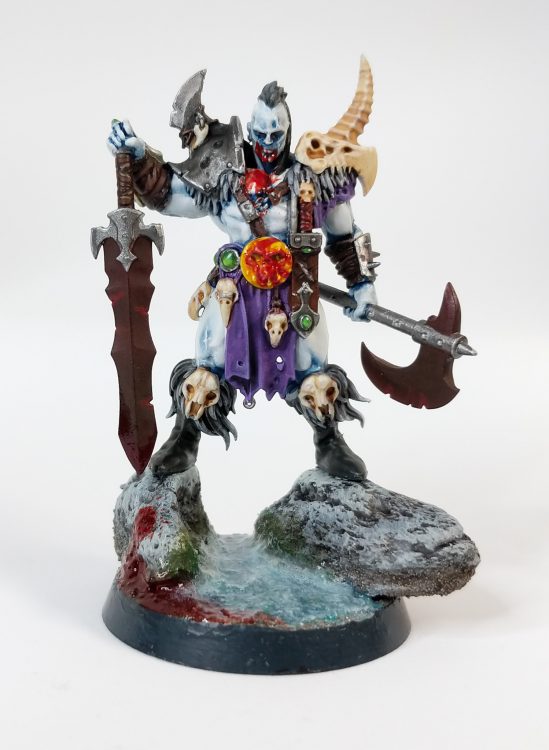 This was painted for the Goonbowl Painting Challenge, it was the first real time I sat down and spent a dozen or more hours on a single miniature. Overall I found the result a bit disappointing. I needed more contrast on the weapons and the skin. It was definitely a good learning experience though. 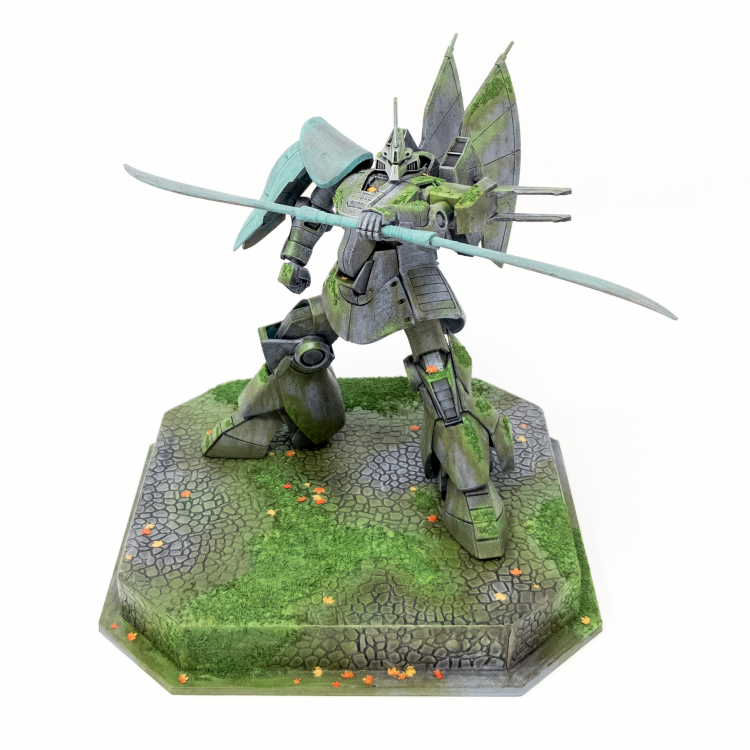 My entry for the spring 2019 Minnesota Gunpla build off in which I got 3rd place. I really wanted to push hard on using the various techniques I had learned while doing miniature painting to push the envelope on my builds. I think it turned out really well. 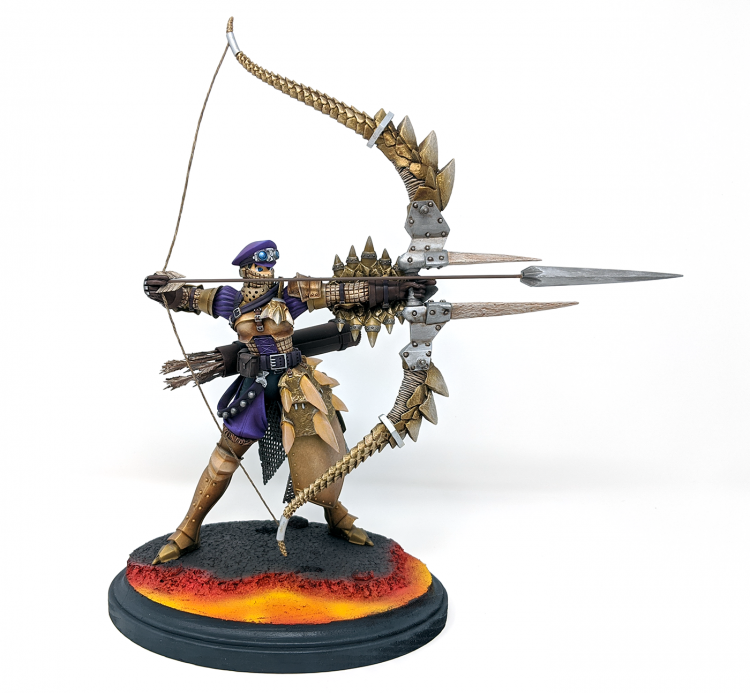 This was my foray into the wonderful world of resin figure kits with a kit of a Monster Hunter Rathian Gunner. This was quite a bit daunting because of the number of pieces involved and my first time pinning. It ended up a bit easier once I got over the hump of learning how to pin properly as the painting process ended up being a lot of drybrushing golds. 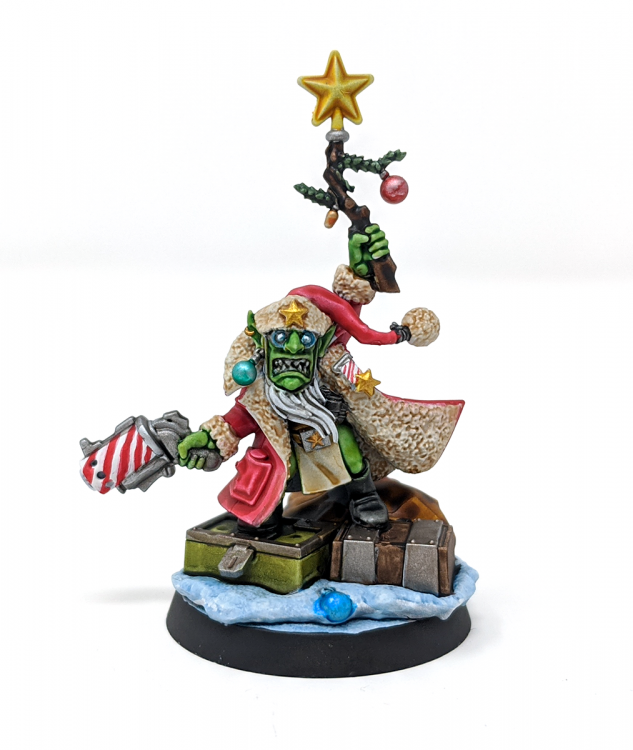 Gifted to me by my Secret Santa this year, I had a ton of fun experimenting with Contrast with Da Red Gobbo!

Overall it’s been a great year of hobbying for me between finishing my first army, finding a cool group of folks to play 40K with, and seeing a lot of progress in my painting. A few of my personal favorites I’ve painted this year were the Pegaso Waraxe Knight, the Blood Ravens Terminator, the Creature Caster Lord of Malice, and my pair of Carnifexes.

Looking into next year, I have a rather daunting backlog that slowly grew over 2019 so I’ll be working to reduce that by a lot throughout the new year. But my main hobby goals for 2020 are to:

If you’ve read this far and would like to see my progress throughout 2020, you can check my Instagram out at www.instagram.com/thatgobbo!