This week’s Hammer of Math dives into the realm of geometry, and looks at how much of the board is available for the various area-based secondary objectives in Warhammer 40k.

Probably one of the most challenging aspects of Warhammer 40k Matched Play for a new player is understanding secondary objectives and how their selection and execution will affect gameplay. Some of the objectives are more straightforward than others, particularly those that are specific to what kind of units to kill. For example if you’re facing an army full of Knights then it makes sense to take Bring It Down since every target is a vehicle. On the other hand if your army is full of small units and you’re facing an army of a small number of elite threats then Grind Them Down wouldn’t make much sense since it’s likely that you will lose more units than you are able to destroy each round. The purpose of this article is to help you consider some secondary objectives which take location into account, such as objective markers or the center of the board. I do this by providing some data on how much of the board applies to each style of secondary, and provide some maps at the end that show the coverage. For example, if you see the map for a particular mission you’re playing and you see how the objectives overlap with the center or table quarters then it might help make a decision.

A significant number of objectives (62 as of this article, I counted) require that units be located in a specific region of the board to achieve success. Often this is in the vicinity of an objective marker, but may also be focused on the deployment zone, board quarters, center of the board, or even multiple criteria. Given that competitive play generally revolves around nine missions with varying configurations of deployment zone and objective markers this can lead to a lot of complexity. Within a given table configuration, exactly how much space is available for the various objectives?

Every matched game in Warhammer 40k uses objective markers, which are 40 mm (1.57″) diameter circles that have a 3″ range of contention. This means that the total circle is an obnoxious 7.57″ in diameter, and has an area of 45 in². For a standard game board that translates to each objective taking up 1.7% of the available area. That means the five or six objectives in a standard Strike Force mission are the most valuable 8.5% to 10.2% of the board. This is particularly true when you take into account the prevalence of objective markers in secondary objectives. 39 secondary objectives across the various factions use objective markers to some extent. Of those, nine require the player to focus on markers that are outside of a single (friendly or opponent) deployment zone, one is specific to no-man’s land, and 12 require some kind of effort that can only be performed once per marker. 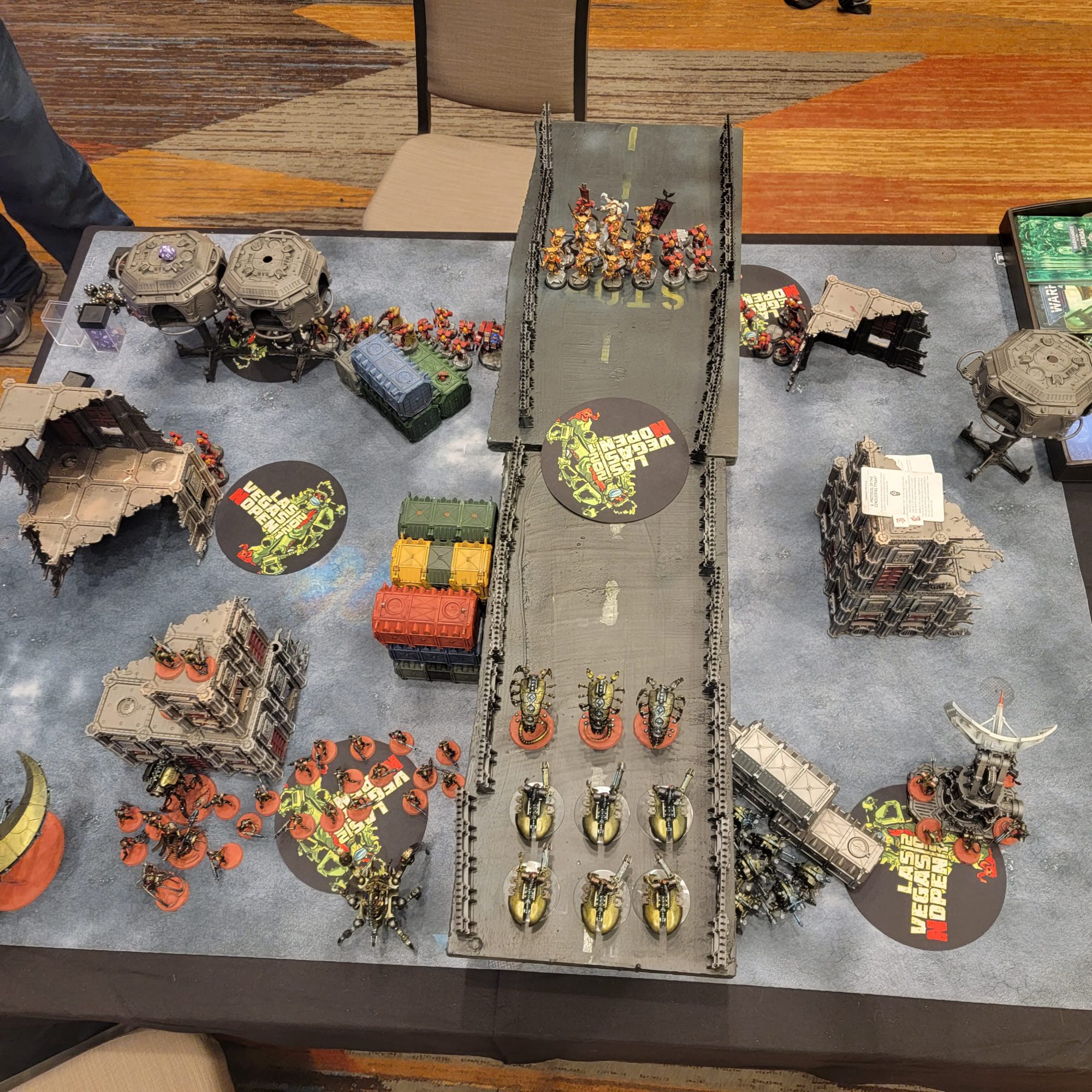 Center of the Battlefield

Four secondary objectives (including two universal ones: Engage on All Fronts and Retrieve Nephilim Data) are also quarter based, but with the catch that you cannot be within 6″ of any other table quarter. In addition to completely excluding any opportunities to engage in the center of the battlefield, this also severely reduces the amount of available area for each quarter. Instead of being a 22″x30″ region that takes up 25% of the board, each “quarter” is now a 16″ x 24″ segment with an area that’s only 384 in². This means that the available area for each quarter is reduced to 58% of the unconstrained area, and that each quarter zone is only 14.5% of the board. 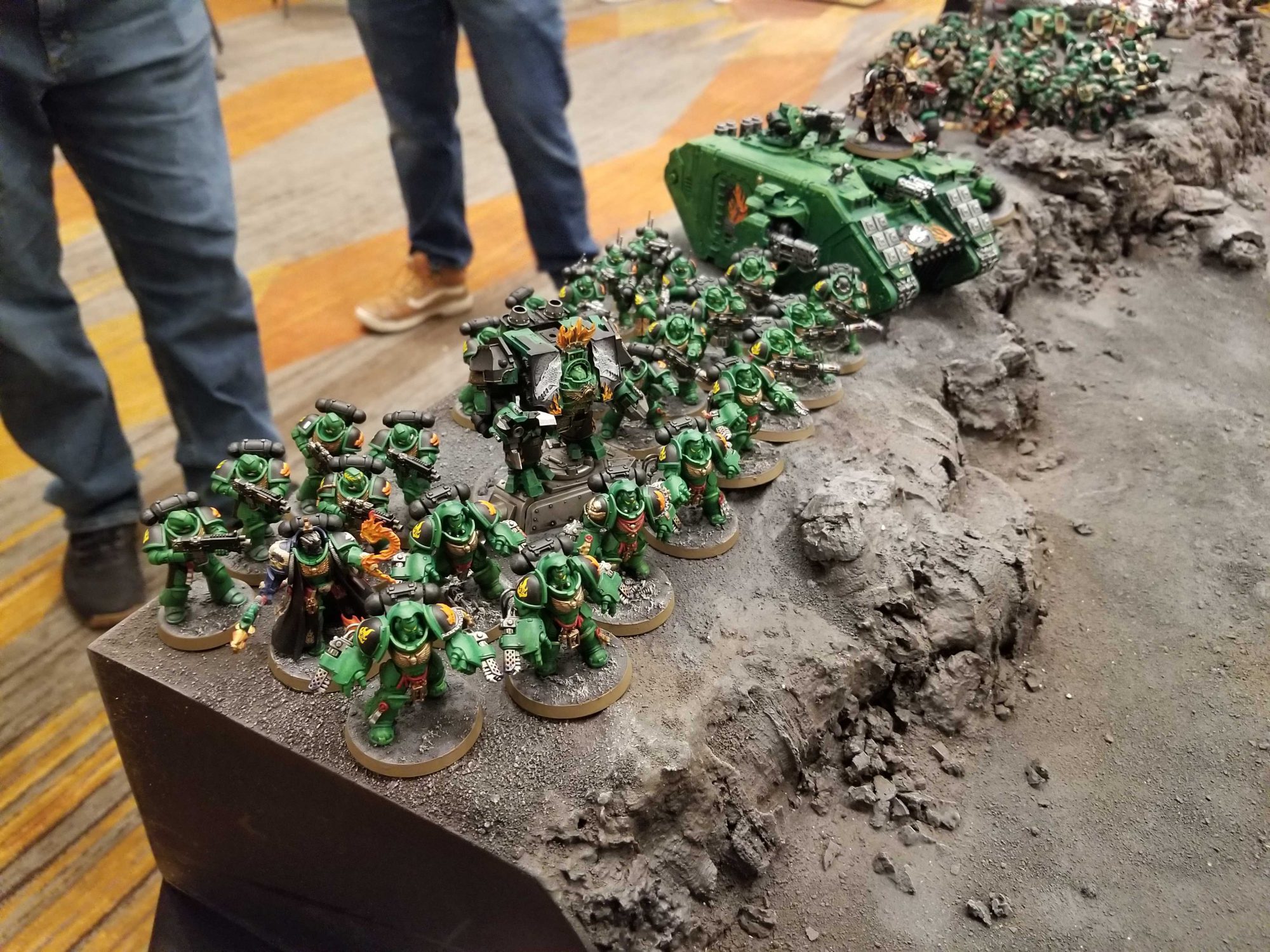 As much as I enjoy raw numbers, sometimes it’s more helpful to have a visual representation of what the various potential regions are for each map. That’s what the maps below are for. They show the configurations for each of the Nephilim Strike Force Missions. The red and blue regions are the deployment zones, the white region is No Man’s Land, and the yellow circles are the objective markers with the control region. The dashed lines show the available areas for central objectives (6″ within the center), as well as table quarters both in terms of the true quarters and objectives with the 6″ exclusion zone. 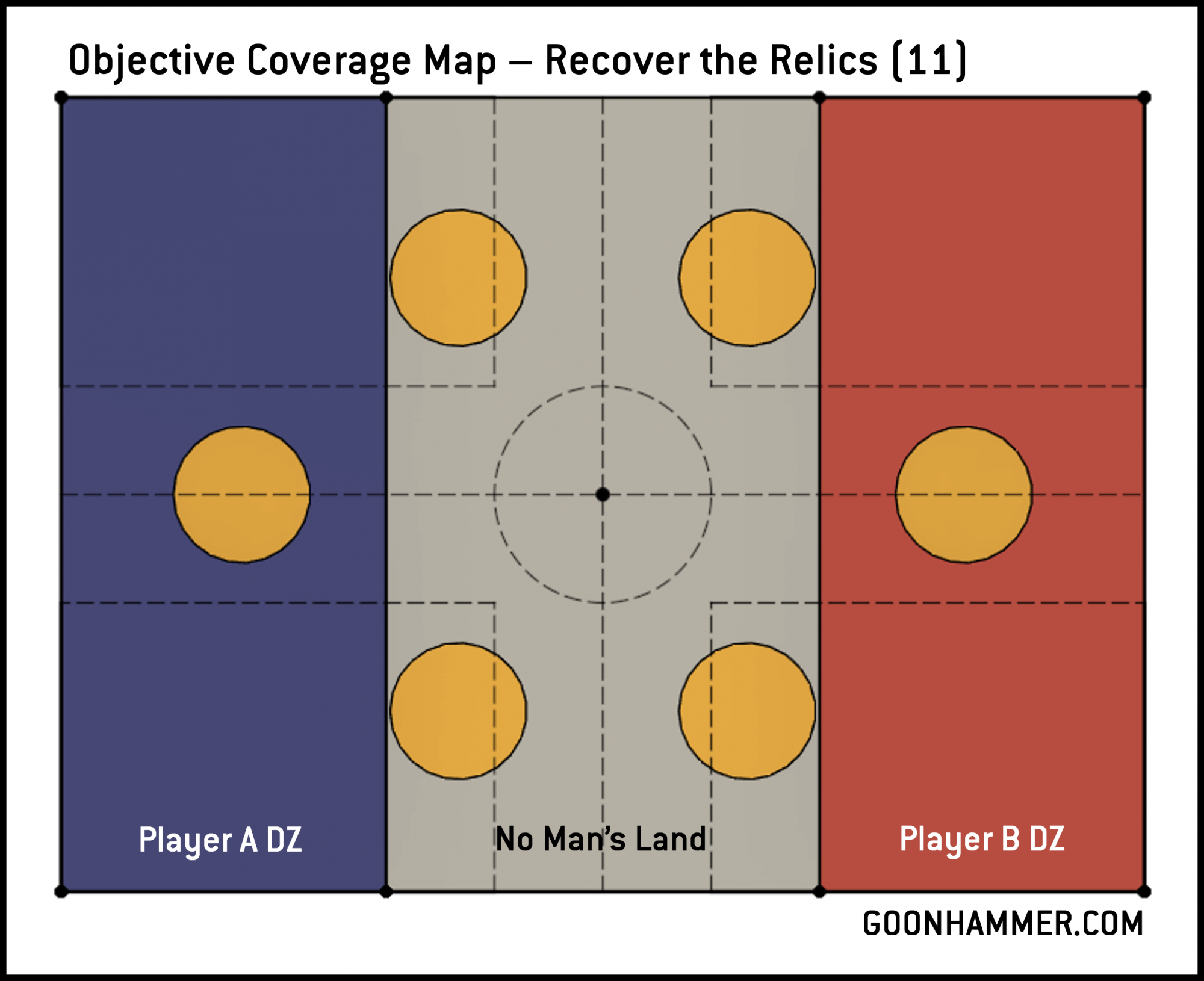 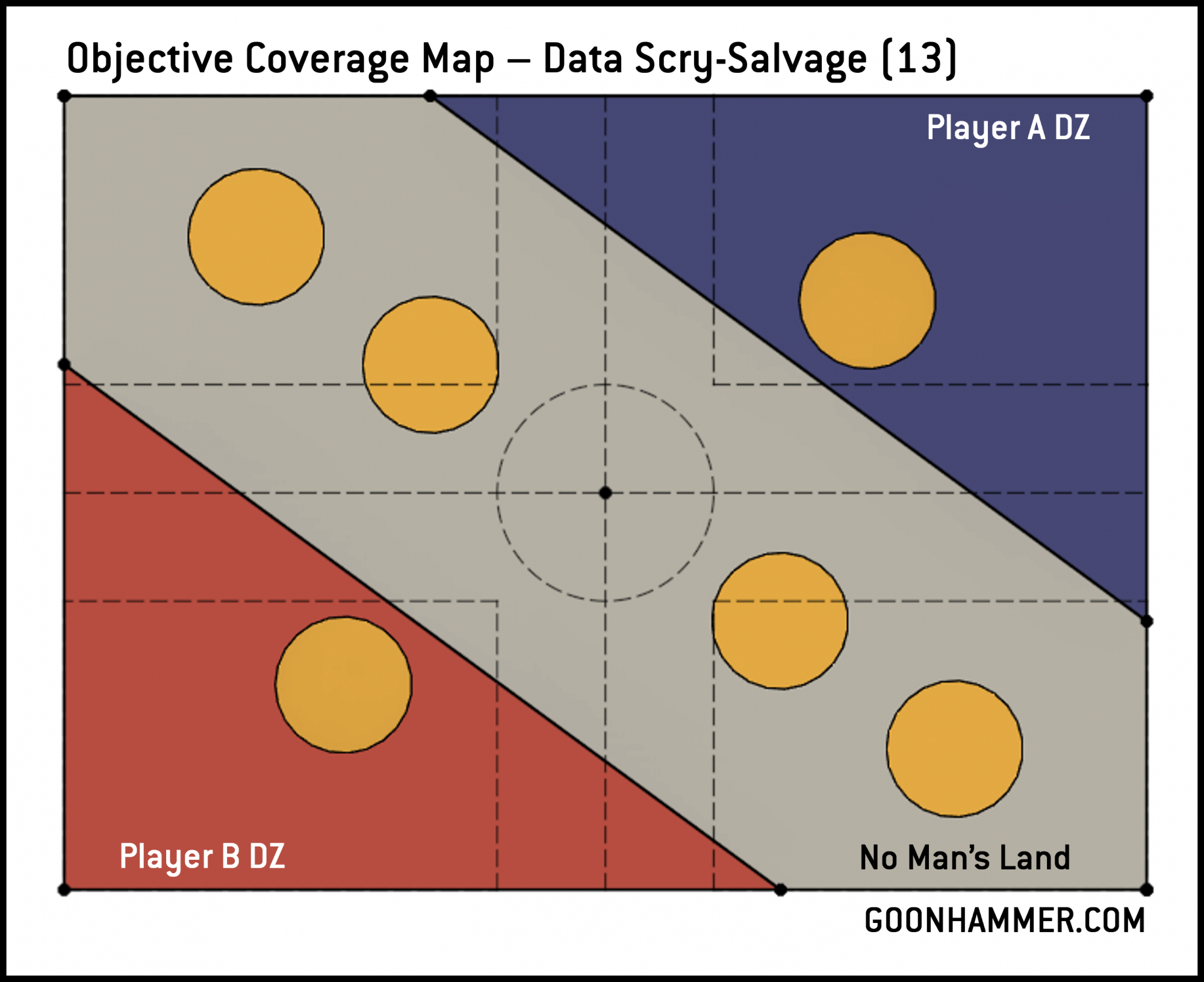 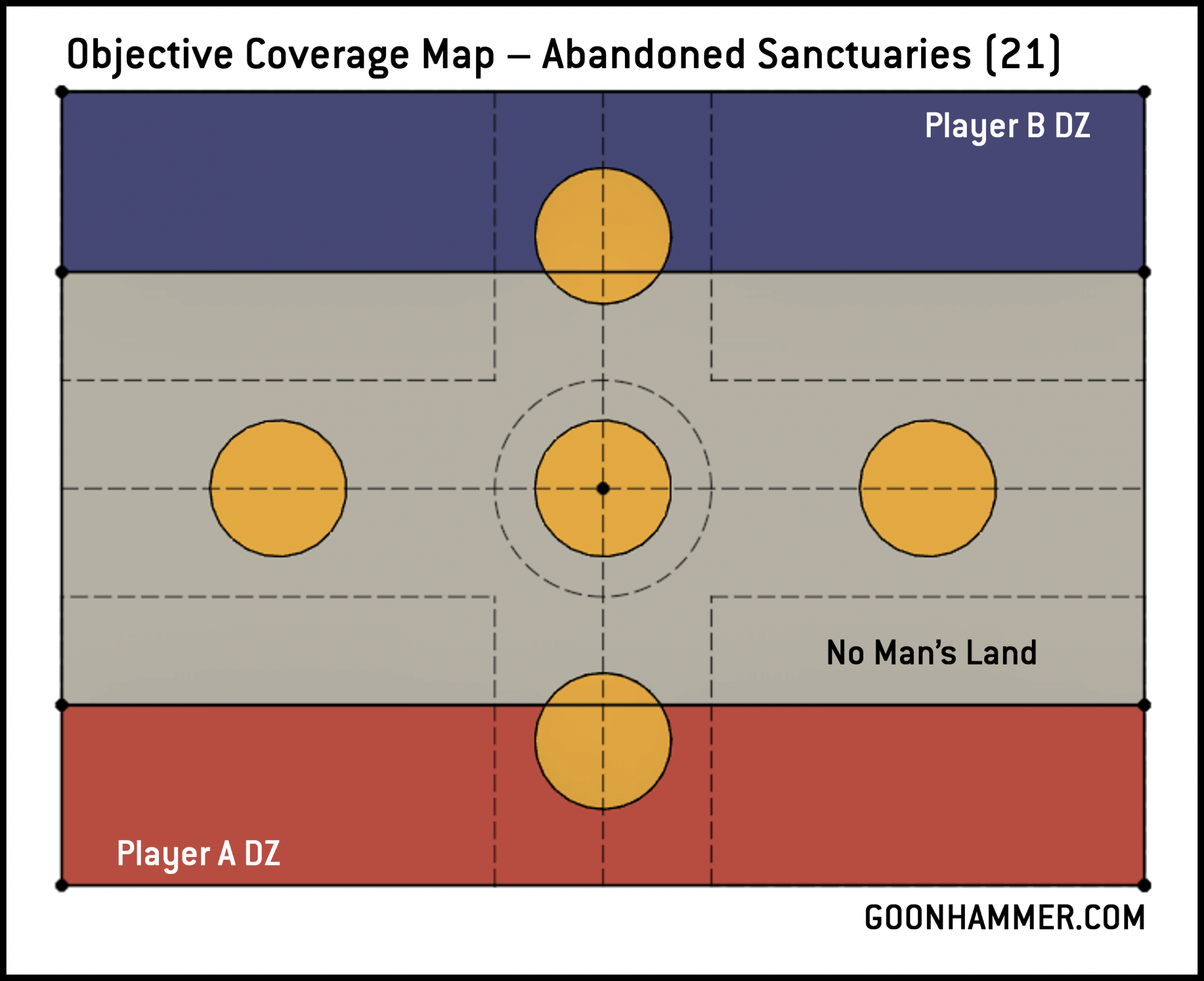 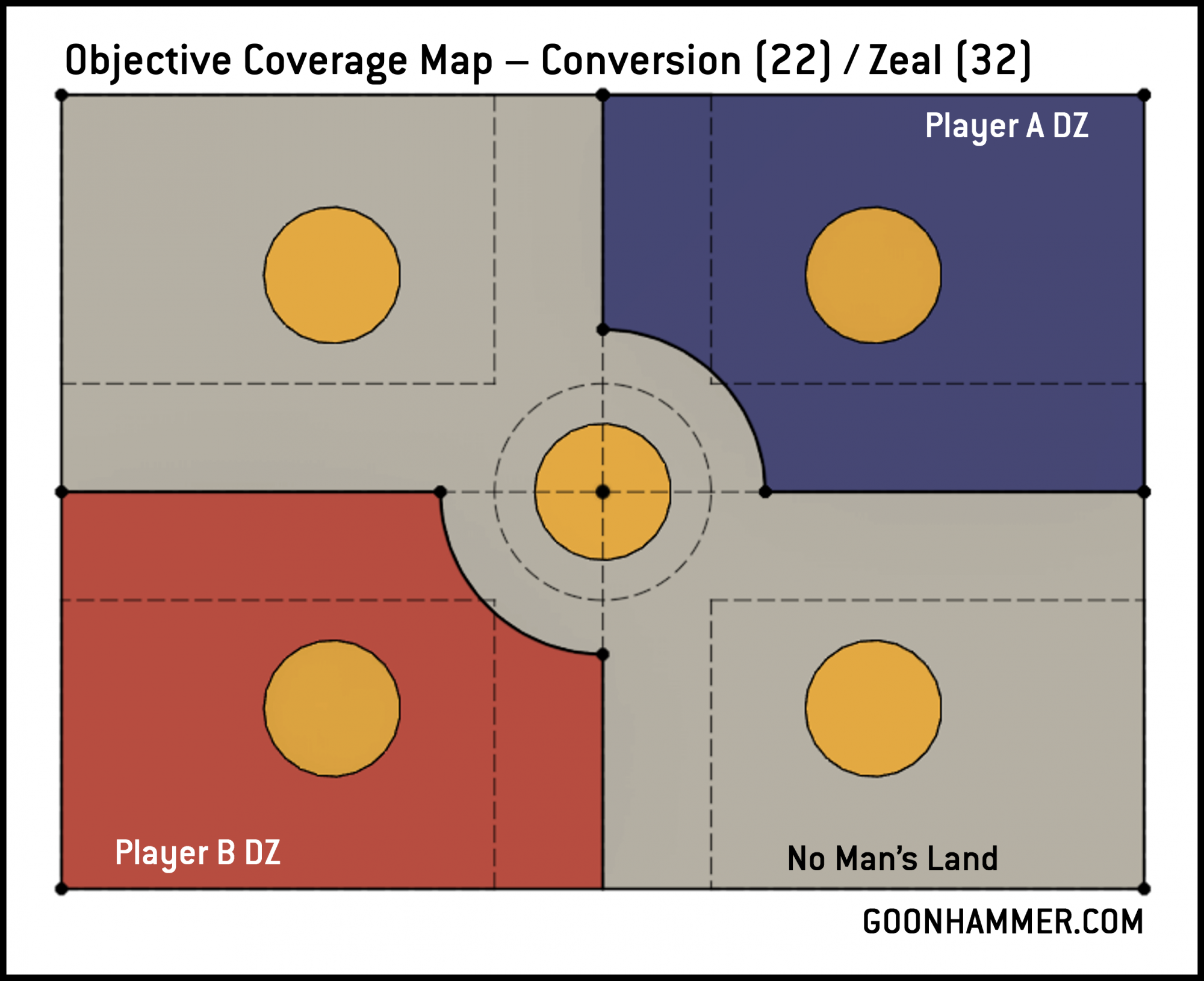 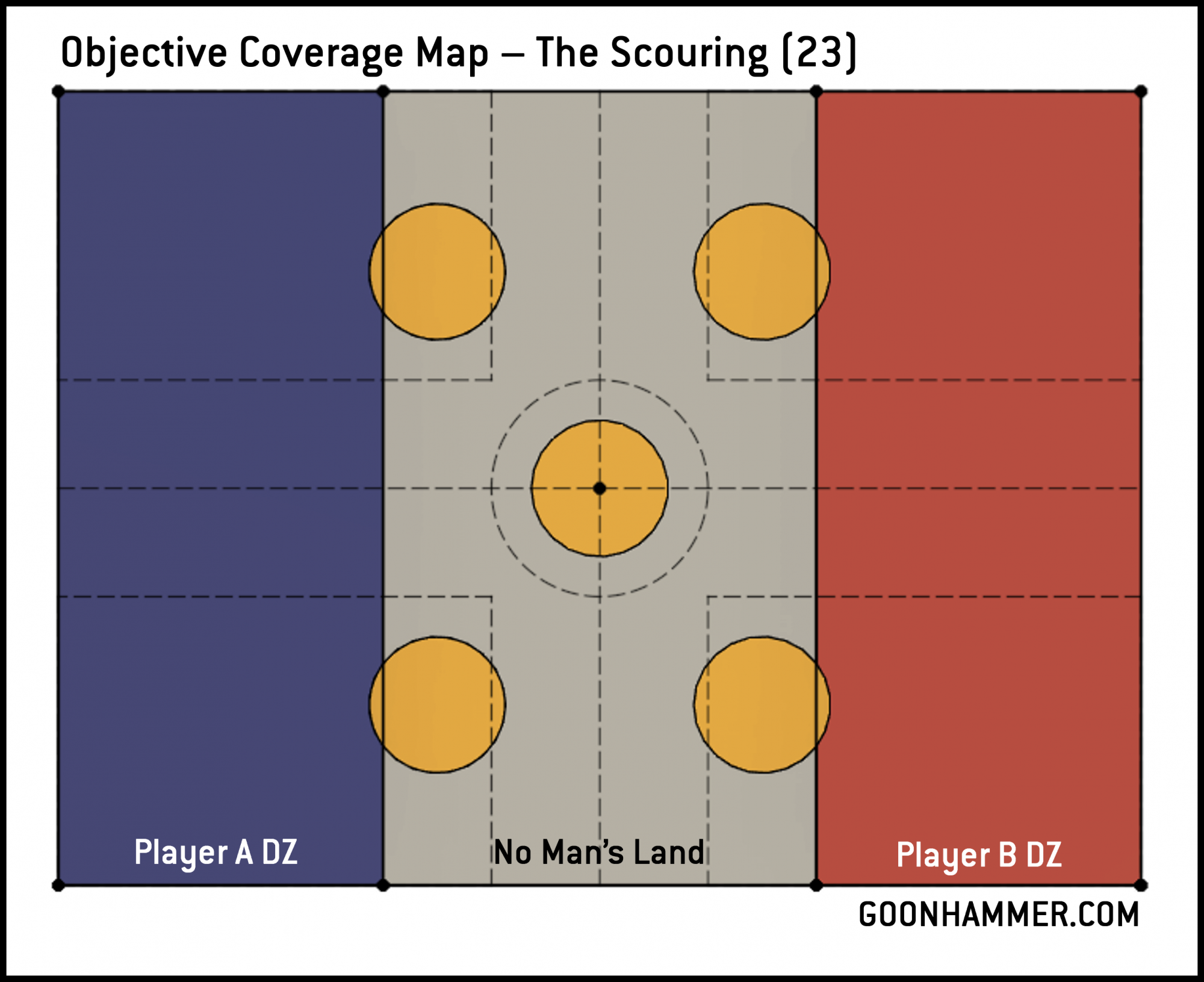 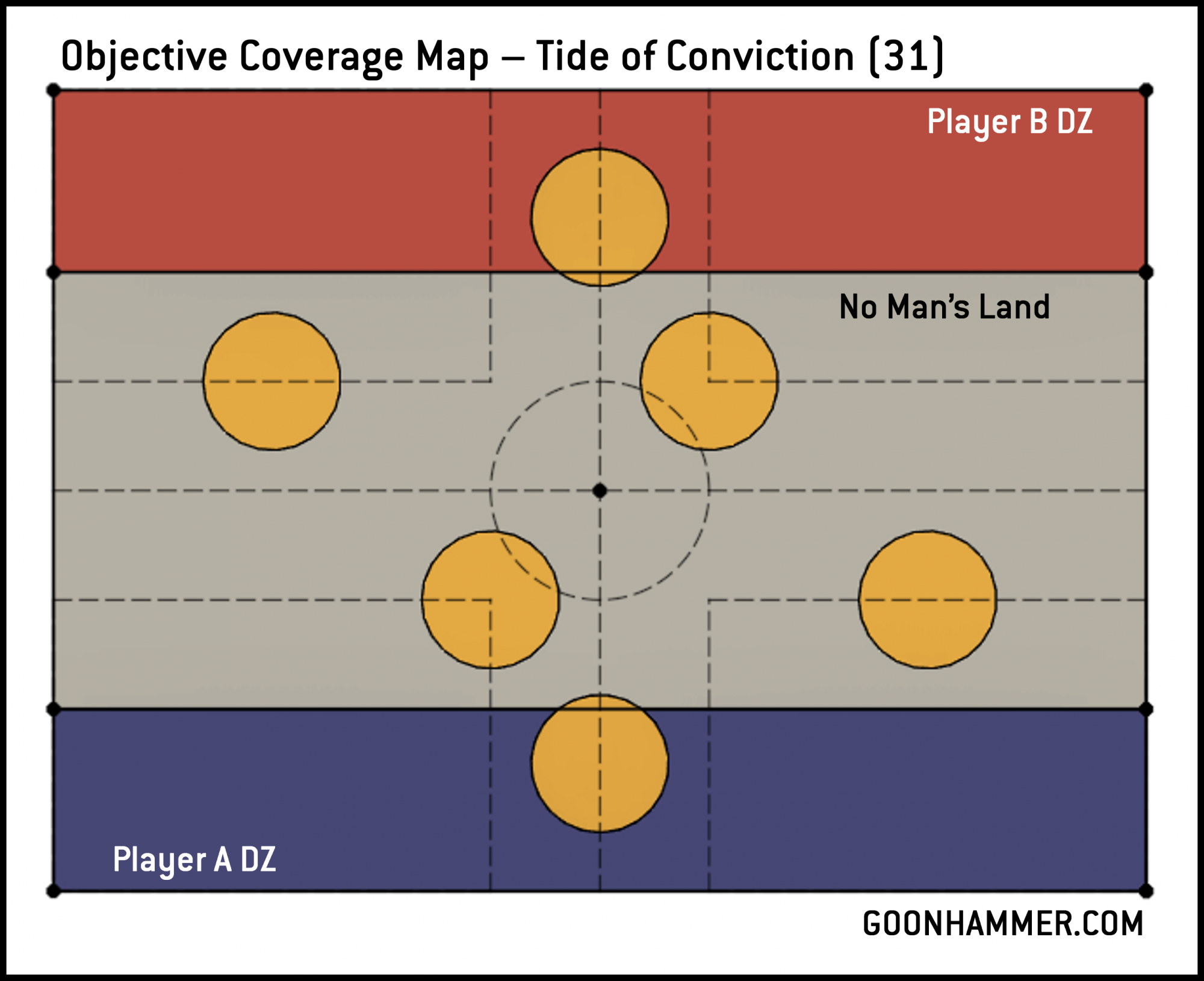 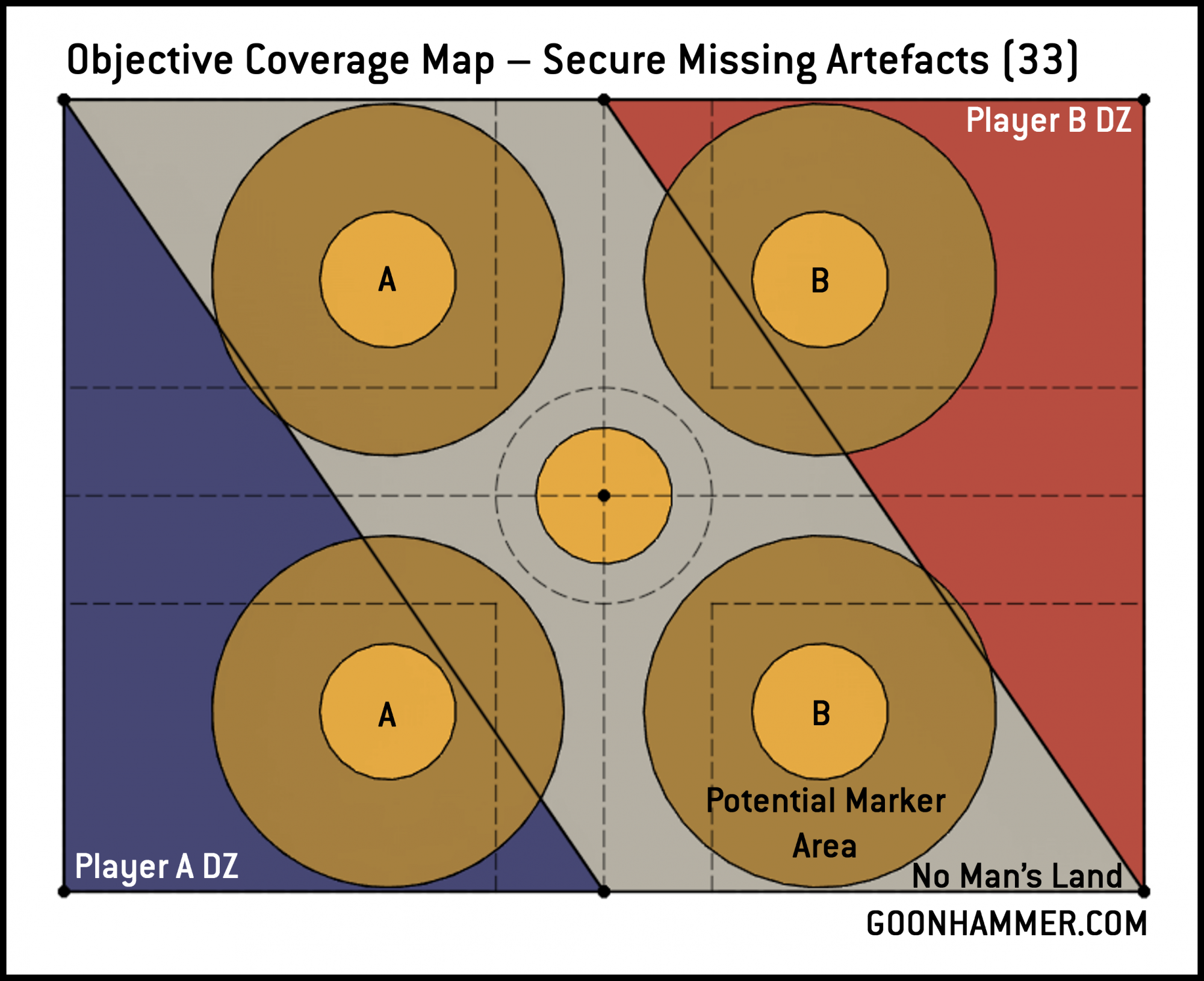 Warhammer 40k can be a pretty obtuse game, especially when you consider matched play and the incredible impact that secondary objectives have on the game. The secondary objectives you choose, along with those your opponent chooses, play a major role in dictating the flow of a game and the viability of success. Hopefully this article provides some insight into how different location-based secondary objectives interact with the board and different missions.

Here are some interesting findings from the images, some of which are courtesy of members of our Patreon Discord.